Angela Vanni is a Philadelphia native and an owner of Giggles Gifts, a retail gift shop which specializes in candies, cards, seasonal decorations and other possible presents. Located at 7400 Frankford Ave., it was founded by the Veneziale family in 1983 and opened during an era when these types of businesses were a common sight in Mayfair. Now, the times have changed, as well as the neighborhood, and business leaders in the area are speaking out.

What was the neighborhood like when the business first started here? 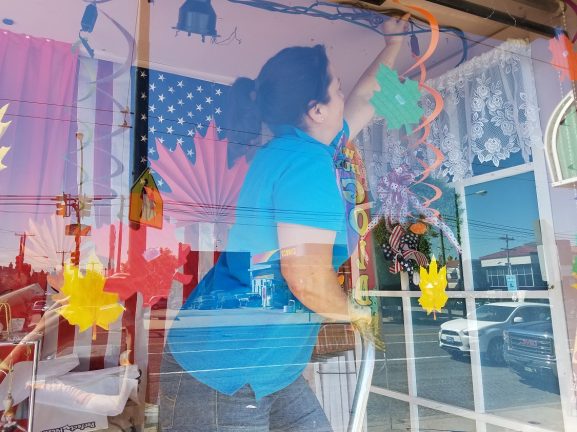 You mentioned that people are afraid to be on the street now. Could that be a reason that people aren’t walking up and down Frankford Avenue as much?

Well, and this is throughout the city, you have the “knockout game” being played, you have drugs being dealt on corners, you have children who are just running amok and have no respect for their elders or the local businesses. You do see some families caring and trying to be on top of their children, but you can’t do anything about the drug dealers. The police have to take care of that.

Have you had any close experience with any of that here in Giggles Gifts?

Yes. We have had a bullet come through the store earlier in the spring of 2016. There were customers in here. It came right where my father stands and watches all of the shenanigans that go on. One came through our glass and one hit our stucco. We have had incidents with school children, which the school did take care of right away, but something needs to be done. It’s bad. 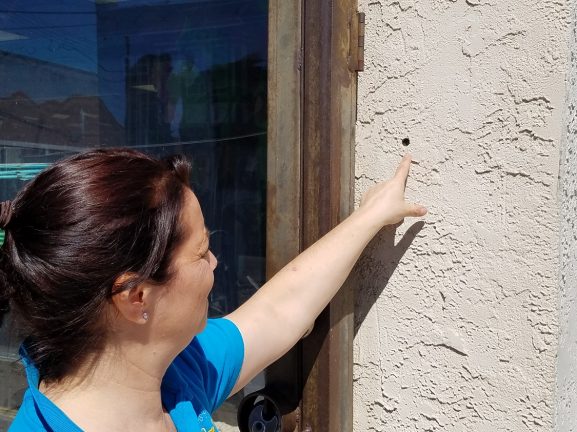 How are you involved in neighborhood advocacy?

Well, I care about my neighborhood. I grew up here. I spend more time here than I do at my own home. I try to go to a lot of the meetings. I call local politicians’ offices. I speak my mind and I don’t wear rosy colored glasses. We have really seen a decline in the neighborhood. There is no type of check or balance system with the city to help Mayfair make itself pretty on the inside so that people will actually want to come here.

Does the way that the neighborhood has been going in recent years raise concern for not only your own business here, but for other family-owned businesses in Mayfair?

Yes, and for the entire community as well. You have a lot of people coming in and renting houses. Just within the last year, they have busted a number of drug dealers. In the past year, $8 million has been seized in heroin just in Mayfair. That’s a lot of money, and that tells you what is happening in the neighborhood.

Where do you see the neighborhood going in the future based on everything you see happening?

It’s been an extremely swift decline in the last five or six years. Unless our council people, mayor and police changes and we clean up the inside, we are just going to look like a water slide. No matter how pretty we make this avenue, no one is going to want to come here. Most of the businesses here close early now because of the crime, drugs and what walks the avenue at that time of night.

They are not family oriented people who are coming to Mayfair. The family people who are here are afraid to let their kids out to play anymore. That is not good. 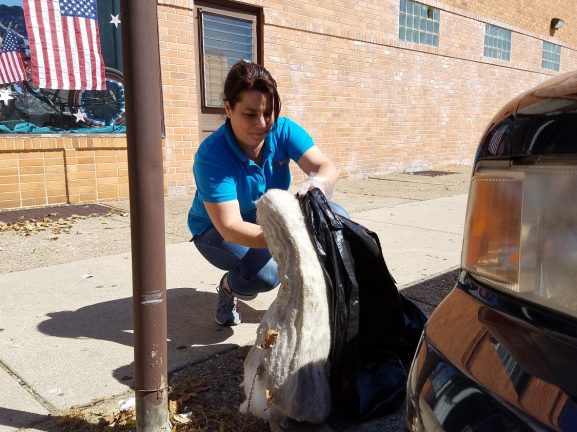 You mentioned that there is a lack of basic respect for the community. People litter and throw their trash everywhere. Do you take it upon yourself to keep your section of street clean?

Our block is a very clean block because we have always taken care of the outside of our businesses. We still have to come out and clean every day because people really don’t care.

What do the businesses here need to do to band together and make a change?

The change needs to come from government and the BID. In my opinion, it is working in opposite. Nobody is going to come here when there are drug dealers on the corner. I do believe in the Business Improvement District, I just think we’re starting backwards.

-Text and images by Erich Martin and Dan O’Neill.

Voices in Frankford have united, stating that crime is the primary concern for their neighborhood. Many believe the next mayor of Philadelphia has a responsibility to tackle the issue, even if they don’t agree on [continue reading…]

Budweiser’s Clydesdale horses were on display at the new Fraternal Order of Police headquarters in the Northeast last week. This free event was open to residents of all ages. Throughout last week, the Clydesdales attended [continue reading…]