Recent grocery chain corporate restructuring has not only affected sales and store performance, it has created a food desert of sorts in Germantown where two grocery stores recently shut their doors.

“We’re suffering greatly,” the Rev. Chester Williams, president of the Chew and Belfield Neighbors Club, said. “The neighbors are hurting from the closings of Pathmark and Bottom Dollar.”

The United States Department of Agriculture defines a food desert as an area lacking of fresh fruit, vegetables and other healthful whole foods. The recent grocery store closings are creating this type of situation for Germantown residents.
A&P filed for bankruptcy for the second time in 2015 and announced the closing of 25 of its underperforming stores. Two stores shut down in Delaware, 10 in New Jersey, five in New York, and eight in Pennsylvania, including its Germantown store, 176 W. Chelten Ave.

In 2014, parent company ALDI sold Bottom Dollar Food to a leading competitor. All 46 Bottom Dollar Food locations in Philadelphia went out of business, including the one located at 6301 Chew Ave. which closed its doors last January.

But there is some relief on the way.

Chelten Market, a chain owned by Norristown Thriftway, has entered the space once occupied by Pathmark and renovations have begun.

Residents are skeptical of what is to come.

“The people renting and replacing it should come and have a talk with the community before it opens,” community resident Nancy Brown said. “What if they open it and we don’t want them here. The signage [in the window] makes you wonder what the hell will this be?” 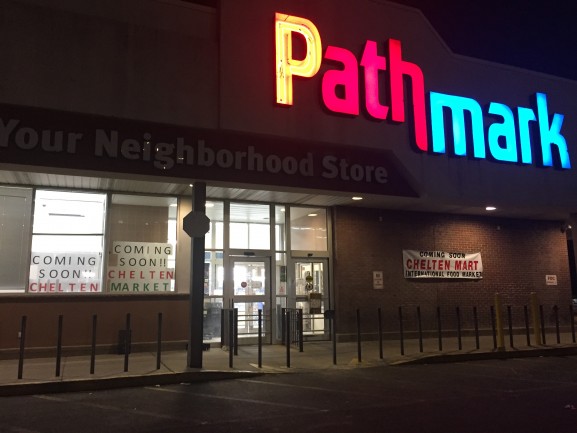 According to the Germantown United CDC,  Norristown Thriftway is independently owned which might mean community residents will have more input in what the store stocks. Residents have already began creating lists of brands and types of food they’d like the market to carry.

“People come into our communities and do what they want to do,” Councilwoman Cindy Bass said. “They set up shop and we are no longer involved. We need to take an active stand in what we want and expect from our grocer.”

According to an ALDI spokesperson, selling the chain was a difficult decision because of how hard it would hit some shoppers. When the chain’s 46 Philadelphia locations closed, approximately 2,200 people lost their jobs.

CityData.com reports that most households in Germantown earn less than $50,000 every year. With roughly one third of the neighborhood living below the poverty line, an array of fresh food options is necessary because traveling long distances to shop is another expense many families cannot afford.

On the USDA Food and Atlas map, 40.4 percent of 1,151 households along Germantown Avenue are more than a half mile away from a supermarket — and many have no personal means of transportation. More specifically, 15.7 percent of families along the Belfield tract and the 14.3 percent along Wayne Avenue tract do not own a vehicle.

The lack of fresh food options has driven many Germantown residents to get what they need from smaller corner stores which often lack the selection, quality and price savings bigger markets can offer.

“We need mix of all types of business,” said City Council Deputy Chief of Staff Tyrone Barge. “We have to support supermarkets, we can’t rely on shopping at the corner store. But before that can happen, we need a major supermarket.” 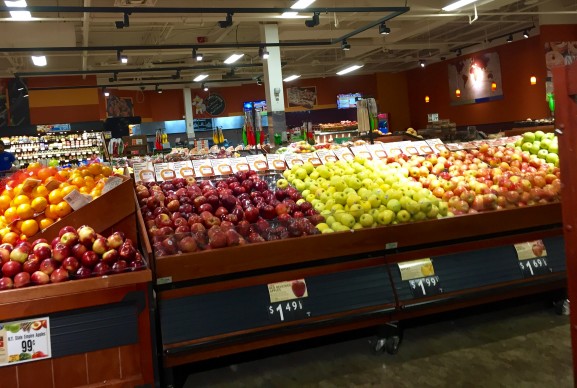 Williams encourages business owners moving into Germantown to engage with the community.

“They should request and have meetings with community organizations so those organizations have stake in the supermarket,” Williams said. “Bottom Dollar had a job fair at the Zion Hill Church of God in Christ before the store opened and people from the community got jobs. New business owners need to have job seminars where people can meet them in person, not online.”

Germantown residents have the support of the city as they try to take an active stand in securing quality grocery options for their community.

“We need to stay on top of our grocers and make sure they are passing health inspections and providing quality produce,” Bass said. “We’re working to provide fresh food options in the Germantown community.”

Germantown: New Directions Offers a Way Out for Troubled Women

https://vimeo.com/22319683] Nicole Mattis murdered her abusive boyfriend. Cindy Livingston, 46, has been a PCP user since the age of 13. Together they are starting over at New Directions for Women Inc., an alternative to […]

Germantown: Teaming Up to Clean Up