Pride. Responsibility. Respect. These are just a few words the residents of Point Breeze repeated as they swept sidewalks and collected trash during the 2016 Philly Spring Cleanup.

Danielle and Kyle Riggle, transplants from Brooklyn, New York, who have only lived in Point Breeze for three months, have noticed the abundance of trash.

“I can’t believe how bad the garbage cans get,” said Danielle Riggle. “So as we’re cleaning, I understand why there is so much garbage everywhere because there’s nowhere to put the garbage – the bins are already overflowing.”

The Point Breeze Community Development Corp. listened to the complaints about litter and used the Philly Spring Cleanup as a time to collect donations for a new pilot program to collect excess trash and clean streets. 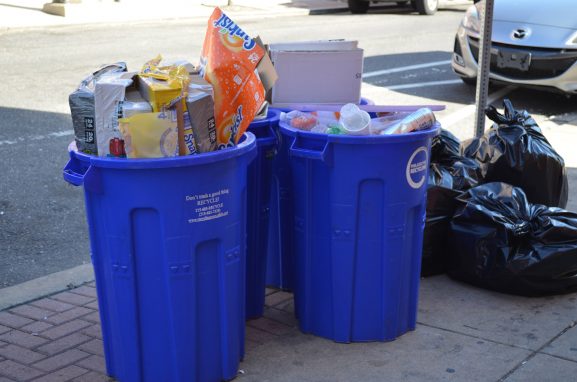 Members of Ready, Willing & Able will pick up litter between 19th and 24th streets, from Alter to Federal streets, and along Point Breeze Avenue. Trash will be picked up on Wednesday following trash day to ensure that no garbage is left behind that litters the neighborhood.

Angela Val, a resident of Point Breeze and the contact person for the program, explained that it could begin in May if sufficient funds are raised. The pilot would cost about $6,520 annually, so the CDC agreed to match funds raised by the community, up to $10,000.

The Ready, Willing & Able crews will be paid for their work and will be responsible for all cleaning supplies as well as liability insurance, and will coordinate with the Philadelphia Streets Department to dispose of trash.

“It’s a relatively small area, but I think it’s important to start small and see how it goes from there,” said CDC executive director Steve Sabo. “I’m sure it will spread once people see what’s happening and they see the guys showing up every single week to keep the area clean. They’ll get to know these guys.”

Julie Hancher, the owner of Green Philly Co. and editor-in-chief of the Green Philly blog, echoed the concerns of the Point Breeze community.

“I do think Philadelphia lacks a more formal cleanup plan,” said Hancher. “Street cleanups [streets sweeping] would help the litter after trash and recycling days, as well as overall litter.”

Some residents of Point Breeze said the city needs to do more, although some also noted people need to be held responsible for their own actions.

“I feel as though it’s the individual’s responsibility,” said Michael Gray, a Point Breeze resident who was involved in the citywide cleanup. “Everybody should have a commitment to try and police their own community and clean it up. I’m around here all the time, it’s not a big deal for me to clean up.” 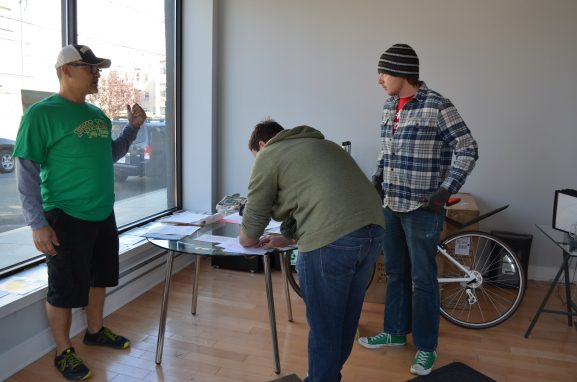 The positive social effects of coming together and keeping a neighborhood clean have been scientifically studied. Researchers at Virginia Tech found that community organizations help keep neighborhoods clean as well as improve interactions among residents.

“With a lot of this gentrification going on in the neighborhood, people are a little worried with [new] people coming in, but if we help show them we’re going to keep the block clean and respect their space, too, I think it helps build the community,” said Andrew Repko, another resident of Point Breeze who was involved with the cleanup. “It helps everyone get along better, and it’s a nice way for everyone to meet each other, too.” 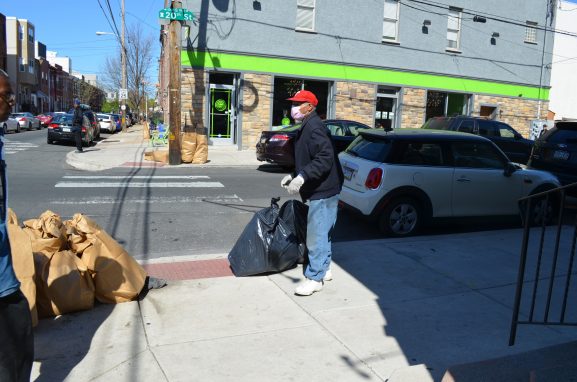 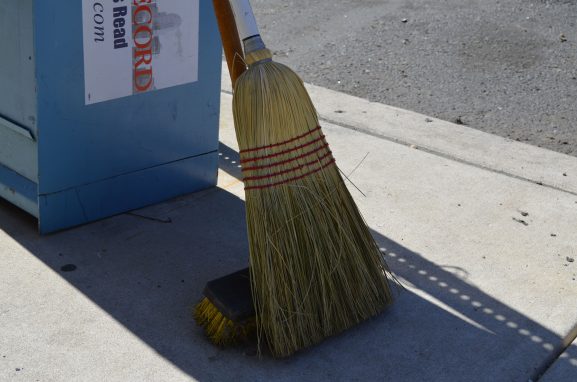 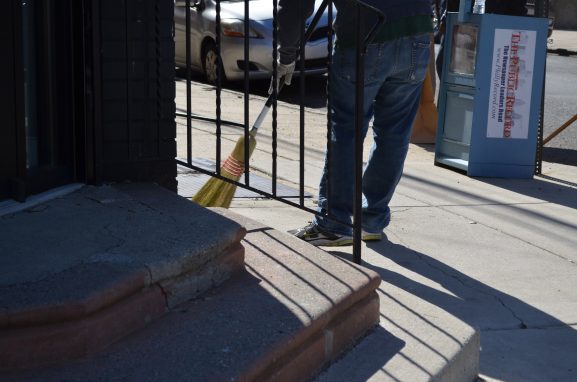 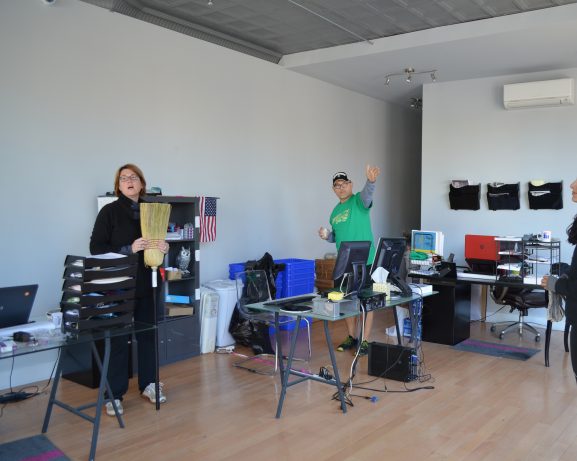 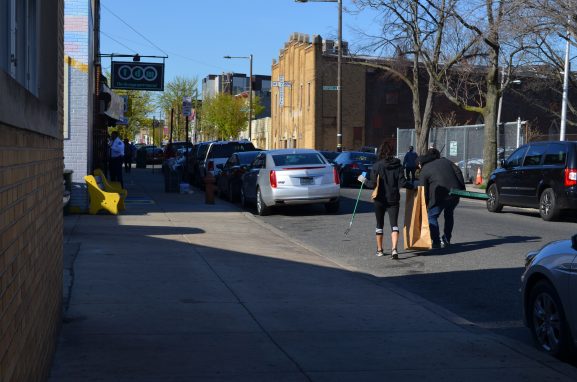 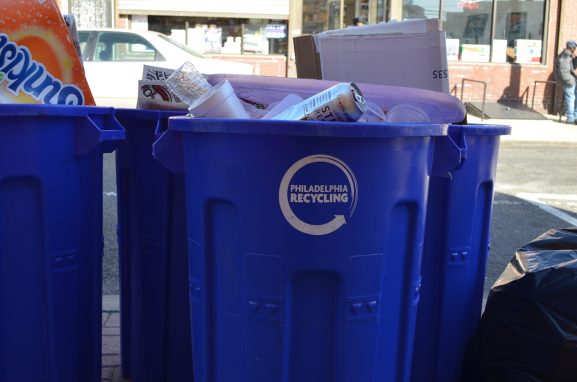 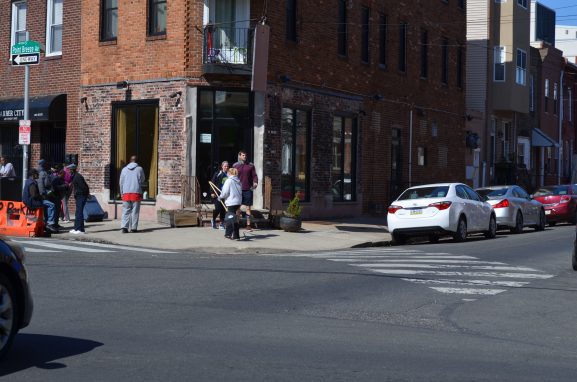 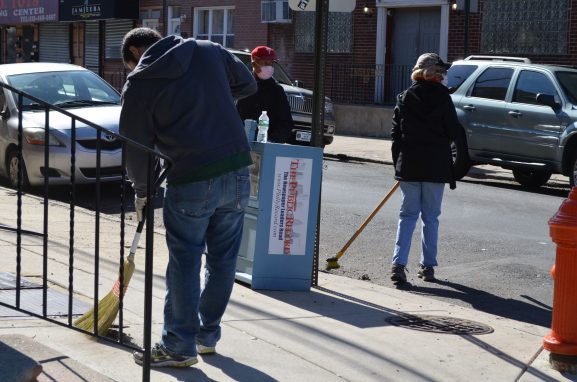 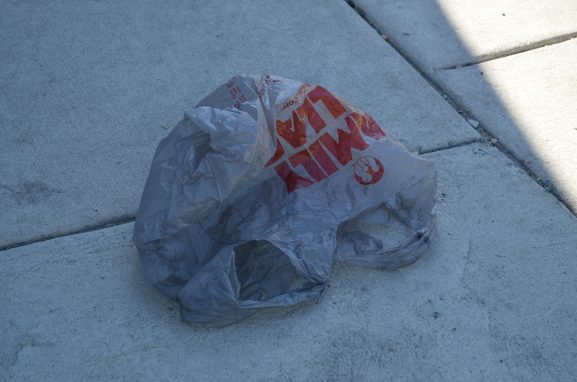 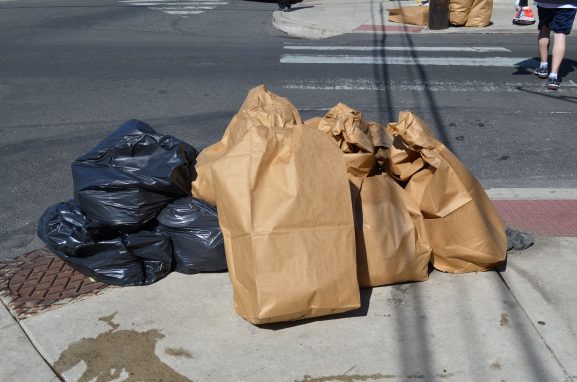 Point Breeze continues to change. Redevelopment has led to new homes going up and businesses coming in, slowly replacing the blight and vacant lots that have plagued the neighborhood for years. But the more the [continue reading…]

Sipping a coffee at the Bean Exchange three blocks from his home on Bainbridge Street, Bella Vista resident Joel Palmer spoke in disgust about a trash container. “Why this one has been allowed to stay [continue reading…]