Redevelopment has led to new homes going up and businesses coming in, slowly replacing the blight and vacant lots that have plagued the neighborhood for years.

But the more the area continues to redevelop, the more points of view it brings to what the current landscape means for its residents, both new and old, and what the future holds for them. 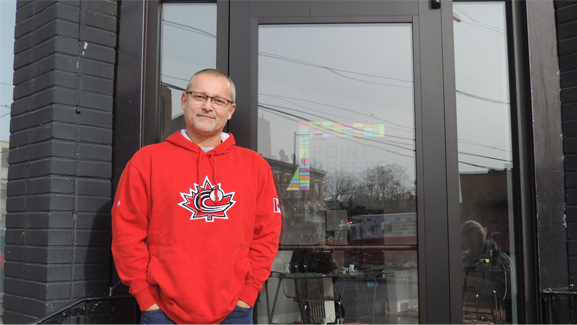 Steve Sabo moved to Point Breeze more than six years ago and has served as executive director for the Point Breeze Community Development Corporation since October 2014.

In 2009, when he moved to Point Breeze, he went to the top of his home with his wife to take in the surroundings.

“There was nothing,” Sabo said. “Now we do the same thing and go ‘OK, that used to be an empty lot, that used to be a shell,’ and now these lots are filled in with new homes, shells are being rehabbed. It’s just becoming nicer.”

One of Sabo’s biggest hopes for the community is for Point Breeze Avenue to reach the ranks of other developed commercial corridors within Philadelphia, such as Passyunk Avenue. He also wants to see Point Breeze’s population continue to grow, without displacing longtime residents.

“I want there to be diversity in every sense, from the people that are living here to the types of amenities that we have here,” Sabo said. “But we need those amenities badly. People shouldn’t have to leave their own neighborhood to go buy a dozen apples.” 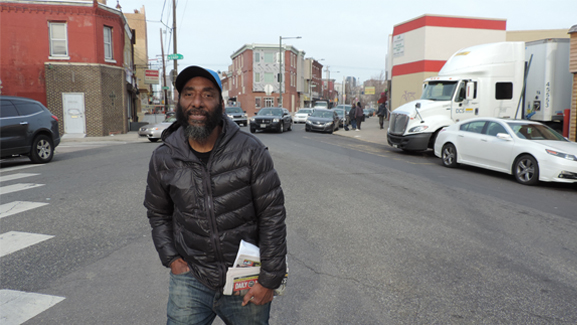 Ricardo “Porter” McCoy, 63, was born on the eastern side of Broad Street, but said he has lived in Point Breeze for the majority of his life.

“Back then a lot of black people lived over there (east of Broad Street),” McCoy said. “But then we got pushed to this side. Now people have been here 25 years and they’re feeling that push again.”

“Some older people don’t mind selling (their homes) because they won’t be around much longer,” McCoy said. “They also have no choice. Other people want to leave their house to their grandkids, but they won’t be able to afford the taxes. When they’re putting up new houses, they’re building them for $200,000.”

McCoy didn’t deny, however, that the rise of new homes has given Point Breeze an improved look, a shift brought on in part by OCF Realty developer Ori Feibush.

“I like Ori, he’s all right,” McCoy said. “He comes out among the people. He walked down Point Breeze and decided to buy these abandoned houses.”

“The neighborhood looks a little better,” he added. “They’re giving it a facelift.” 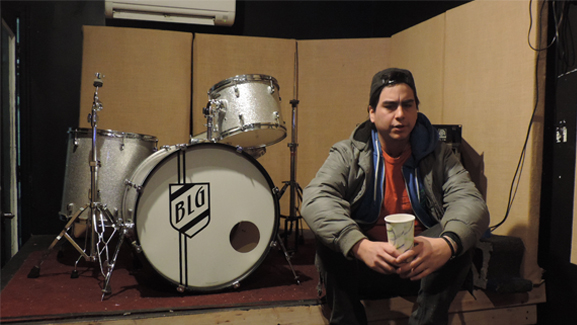 Before Gary Viteri opened up The Pharmacy Coffee Gallery on 18th and Wharton streets two years ago, the building was boarded up and abandoned.

“I thought anything is better than mountains of trash,” he said.

So when Viteri pitched his plan for The Pharmacy to the city – a place that is part coffee shop, part music venue and part art gallery – he said he “had to fight with naysayers.”

“[The Pharmacy] is not about being the fanciest coffee shop,” Viteri said. “It’s about meeting your neighbors, or seeing a new or young band come through.”

With The Pharmacy now in its third year, Viteri has seen Point Breeze grow, and his business along with it. He said he has seen more diversity in people and music coming through The Pharmacy, with no signs of stopping.

“It’s like a social experiment, like turning the mirror on everyone,” Viteri said. “It’s an organic thing. We kind of became a neutral zone where you just have to leave your bullshit and politics at the door, and grow with everybody.” 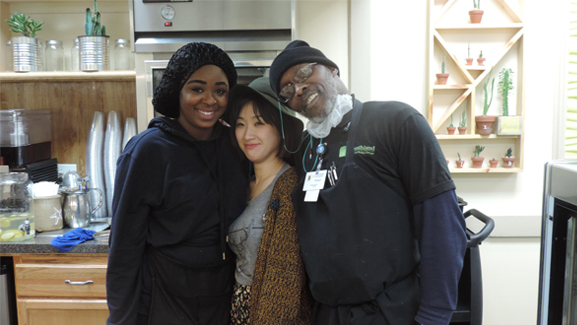 Richard Watson (above right) works as a dietary aide at Kindred Hospital in South Philadelphia. On his off days he lends a hand at Tasty Toast, a diner along Point Breeze Avenue that opened in July 2015.

“I lived my entire life in this neck of the woods,” Watson, who will turn 63 this year, said. “This used to be a hardware store a long time ago.”

Watson, along with Tasty Toast’s owner Donna Lee (above center with LaBria Exum), realize that Point Breeze is in flux, with new residents mixing in with the old. However, Lee said that for the most part “everyone around here knows each other. They get along.”

Still, Lee hopes that her diner can be a place to help better unify Point Breeze.

“The neighborhood is changing for the better,” Watson said. “I’m just trying to live a productive and spiritual life.”

“The generations are changing,” Watson said, and he is OK with it. 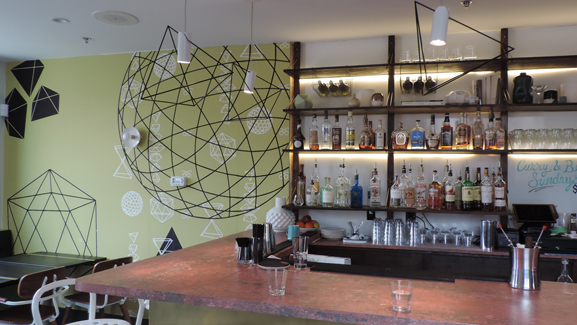 About three hours away from opening, Rich Maiali stood behind the bar at Buckminster’s, prepping the restaurant at the corner of 21st and Federal streets for another night of business.

Buckminster’s opened in November 2015, but Maiali said it takes inspiration from the bar that occupied the space before it.

“This place used to be Burg’s, a very neighborhood bar once upon a time,” Maiali said. “We would like to stay that way and keep prices reasonable.”

He would like to see Point Breeze’s old and new residents living as happily as possible.

“We want the people who have been here and the people who are living here now to just be happy with the neighborhood,” Maiali said. “We don’t want to do anything to rock the boat.”

“We want to ingratiate ourselves into the neighborhood,” he added. “Not change it.”

– Text and images by Jordan Waylen and Nick Tricome.

Point Breeze residents want to make sure that only the right changes are made to Wharton Square. The Philadelphia Water Department wants to make Wharton Square more eco-friendly as a part of the Green City, [Read More]

Point Breeze: Looking Down The Line For This Community

Back on a cold day in January, Steve Sabo sat by his desk as the sunlight came down through the windows of the Point Breeze Community Development Corporation building at 20th and Federal streets. “It [Read More]

The City of Philadelphia proposed a redesign for Washington Avenue on March 1, 2022. This new proposal is contentious, though, because it is different from the prior plan, which featured pedestrian improvements that many groups had spent years advocating for.  [Read More]