As a $20 billion industry in exportation alone, coffee is the second most traded commodity in the world. Organic, Arabica coffee, a native species of coffee beans, is indigenous to the high mountains where it’s cultivated in countries like Ethiopia and Mexico.

Philly’s organic coffee culture has been thriving throughout the city since the movement began to arise in the 1980s. Thanks to Equal Exchange, a for-profit, fair trade co-op, who basically invented the organic coffee movement in the U.S., its original mission to produce coffee trade both sustainably and socially just has been upheld in Philly through local businesses like Philly Fair Trade and Good Karma Café. 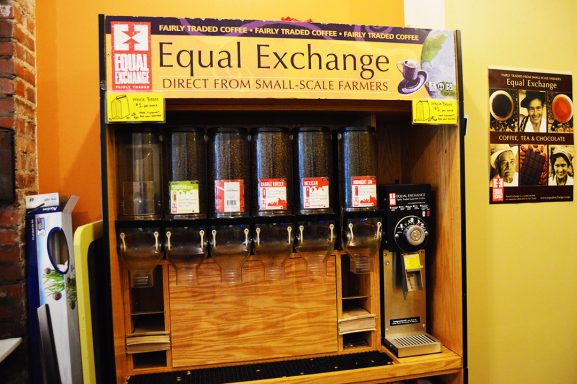 Joe Cesa, the founder of Philly Fair Trade, said that while growing up in the 60s and 70s, he lived by a famous phrase: “if you’re not part of the solution, you’re part of the problem.”

He feels like not many people he grew up with in his generation thought about recycling, wind energy, solar energy, composting or many other sustainable practices.

Cesa worked in the food business for more than 20 years as a manager and director before he opened his own organic coffee shop in 2002, which has since closed. He now operates his own fair trade company that focuses primarily on roasting and selling wholesale and retail. 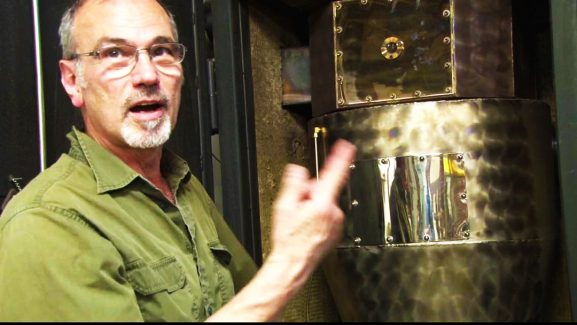 He upholds the initiative to reduce as much waste as possible by recycling and composting all waste production in the warehouse, which is in the former Goldenberg’s Peanut Chew factory.

He’s an advocate for sustainability not only because of his passion for ecological protection, but also for his concern with social justice within coffee culture.

“I started it all at the coffeehouse,” Cesa said. “Recycling, repurposing, composting whatever we could and pretty much all we generate here is wet grounds, empty coffee sacks. When you roast coffee, you have layers of skin come off which is called chaff, which gets collected off a machine. All that can be composted.”

They also work with community organizations and institutions for their compositing process, including Saul High School in Roxborough, the first high school dedicated toward agricultural farming.

Employee Juan Ortiz, who originally attended a vocational high school to be a computer technician, said he got a job at Philly Fair Trade after graduation and his life took a complete turn.

“I went to a vocational high school where we learned a trade and that was the road I was going down,” Ortiz said. “Then, as soon as I started here, it was like, boom. I stared learning everything I could about coffee. It was like a total right turn in my life. It’s been amazing.”

Ortiz said his time at Philly Fair Trade has influenced his sustainability awareness and efforts and he has since continued to remind friends and family to recycle and be environmentally aware of their lifestyle choices.

“I’m an avid fisherman,” Ortiz said. “I love hunting and the outdoors, so I try to do everything I can to keep the ecosystem as healthy as it can be.” 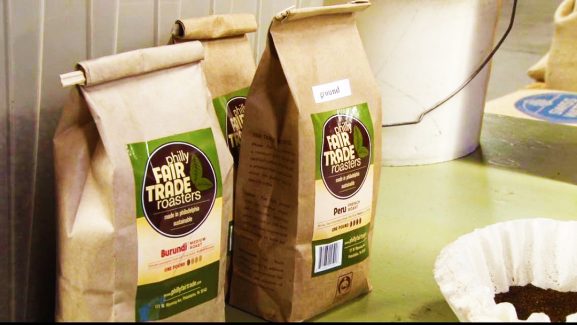 Cesa said they distribute coffee to some of the best restaurants in Philly including, Pumpkin, Vedge, The Pickled Heron in Kensington, Morris House Hotel and more.

With three location throughout the city, Good Karma Café primarily works with Philly Fair Trade and other co-ops like Equal Exchange—the big guys in the organic coffee movement.

Shawn Nesbit, the co-owner of Good Karma, said the business’ founding principles are built on sustainably-driven morals and community engagement, and they work with fair trade businesses to uphold that mission. 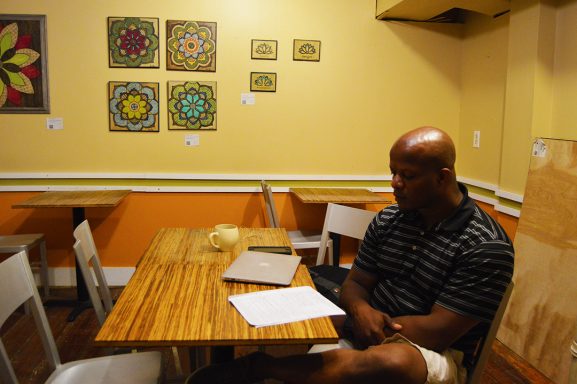 “We like them because there’s intensive quality control processes to make sure that one, we’re getting the right bean,” Nesbit said, “but also that farmers are being educated and trained to develop the sound practices that support all of our organic beliefs and what it means to everybody.”

What started as one small coffeeshop, has now branched out into three different locations around Philly that all equally embrace the same aura of positive ions and “good karma” lingering in each store. The three locations include, 331 S. 22nd St., 2319 Walnut St. and 928 Pine St. (pictured below). 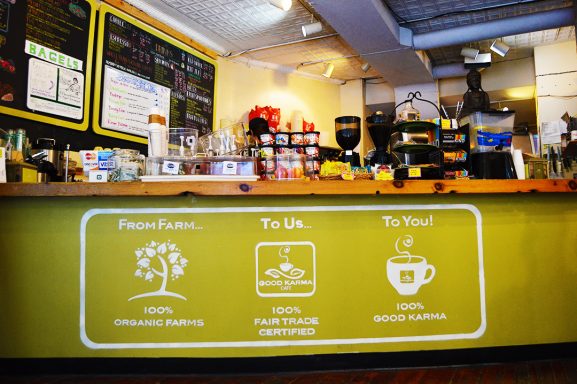 Nesbit said they always try to operate in a way that allows for the best connection with the customers.

“What’s interesting in the coffee business is that 80 percent of your daily customers are repeat customers,” Nesbit said. “If you don’t respect and take care of that relationship, then it’s hard to stay in business.”

The main focus that intertwines the businesses within this coffee culture is the production of “specialty coffee,” which is produced through beans found in specific microclimates.

Nesbit said the Specialty Coffee Association of America rates regular, over-the-counter coffee commonly found at fast food restaurants at about 50 out of 100. Specialty coffee, like in Philly Fair Trade and Good Karma’s coffee production, is rated at 83 and higher. 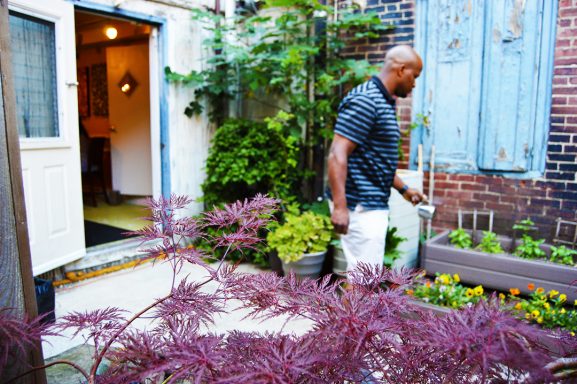 “This type of coffee grows extremely high and to get that type of bean requires someone to climb very high,” Nesbit said. “I actually went to Mexico and it is very very arduous to get into those mountains.”

These two companies are committed to 100 percent fair trade coffee, which assures farmers and laborers are being educated and treated fairly throughout the production and trade process.

According to the HTC, laborers are divided into four categories – family-ran smallholder farmers, fixed salary laborers, casual laborers employed between harvests and temporary harvesters, which are mostly migrant workers.

Migrant workers can sometimes face the worst labor abuse, especially in third-world countries that distribute trade to the United States. According to the HTC, “40 to 60 families will live together in a warehouse-like building and low wages and a lack of signed contracts in some countries are also problematic.”

Both Nesbit and Cesa said the benefits of fair trade not only assures for the best product for their customers, but it assures social and environmental well-being during its laboring and exportation process.

“We’re working with some of the poorest countries in the world,” Cesa said. “The small importer that we deal with assures us that the extra money we’re paying for the coffee goes back to the farmers and used for building well water, giving money to the community, to small co-ops, or small groups of farmers who may use it to build a small clinic or a school for children.”

The Overbrook Arts Center, a nonprofit organization, teaches children and adults how to create sustainable living within the city. “Our nonprofit decided to make the entire experience a community project so people can learn you […]

East Oak Lane: Organization Makes Use Of Green — and It Isn’t Talking Money

East Oak Lane, William Penn’s first neighborhood, is often called a “Green Country Town” and if you’ve taken a trip to this area, you would understand why. Most of the neighborhood’s streets are lined with beautiful, […]

Finding the time and energy to maintain one’s property can be a daunting task in a city like Philadelphia. In certain neighborhoods, having “curb appeal” can be as simple as not having a pileup of […]