Walking down South Fourth Street, it can be easy to mistake The Little Shul for just another row home. Once inside, the history of the building quickly takes shape.

The congregation was first founded in 1876 and moved to its current building in 1909. The neighborhood around the Shul was known as the center of the eastern European Jewish community. Through that community, the Shul grew in membership before World War II contracted most of the community. 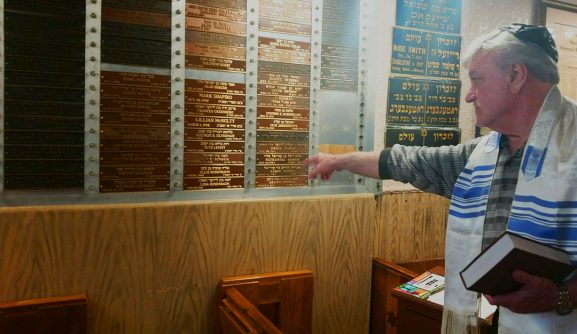 Al Heller, a member of the synagogue during the war, and who’s name is seen on the memorial above, kept the Shul opened until he passed away in 2005. Upon his passing, Rich Sisman took over and officially became president in 2007.

However, Sisman faced many challenges and adversity before he became president.

“After Al passed away, at the services, we decided we wanted to keep [the Little Shul] open,” Steve Sisman, Rich Sisman’s brother and the synagogue’s vice president, recalls. “My brother attended a board meeting where the person running the place wanted to shut the building down and thought he was going to be able to keep the money. At that meeting he learned he could not keep the money and decided to make Rich the president.”

Right after Rich Sisman took over, the building was condemned by the city. Rich Sisman, with the help of Joel Spivak, former Governor Ed Rendell and current mayor Jim Kenney, helped fix the building and keep it open.

Spivak, a local architect and community activist, read the building was going to be torn down by the city. Determined to help, he left his card in the door for Rich Sisman. Spivak helped raise money to repair the building.

“I wanted to do something for the synagogue but did not know what to do,” Spivak said. “I opened the paper that morning and the headline read ‘Synagogue to be Demolished by City of Philadelphia.’  I said this is what I can do. It was really some kind of religious miracle. I helped and it feels really rewarding.”

The synagogue is slowly gaining membership back. Members pay $36 per membership. The Hidden City Festival was the biggest factor in their boost in membership.

“The Hidden City Festival opened up the building for a lot of people and welcomed and helped bring people out to us,” said Morris Levin, who manages public relations for the congregation. “It got the word out that this is a place that has a social and civic history that is really interesting beyond its traditional Jewish function.” 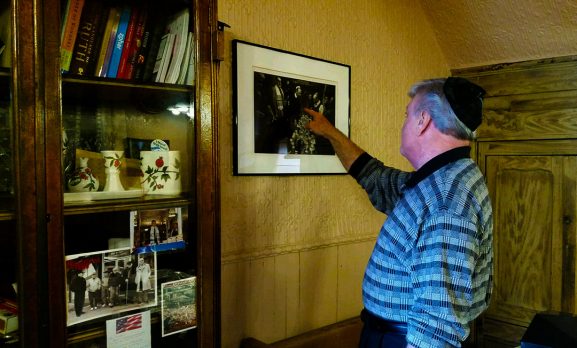 In a place with so much history, as shown by old artifacts in picture like the ones above, Rich Sisman’s most powerful memory occurred days after the co-owner of Philadelphia Inquirer, Lewis Katz, died in a plane crash in 2014. Governor Rendell spoke a few hours later at the Shul. He was scheduled to
be on the plane with Katz but postponed it a few days to speak.

“He was visibly shaken up,” Rich Sisman said. “I thought he was going to go home, but he told us to ask him questions. We had a Q&A with the governor for about 45 minutes and it was unbelievable. On the way home he told CNN that we saved his life.”

The membership has increased from seven members to more than 30 since 2013.  Rich Sisman and the rest of the board members are hoping for an even higher increase in members for years to come.