Now the head of community engagement at the Strawberry Mansion Neighborhood Action Center, Tyrone Williams has worked his whole life trying to better his community.

From a young age, Williams took an active interest in reaching out to people. He estimated his history in community outreach went back to when he was 11-years old and a junior block captain, saying his job was to knock on doors and tell people they needed to move their cars because of street cleaning. 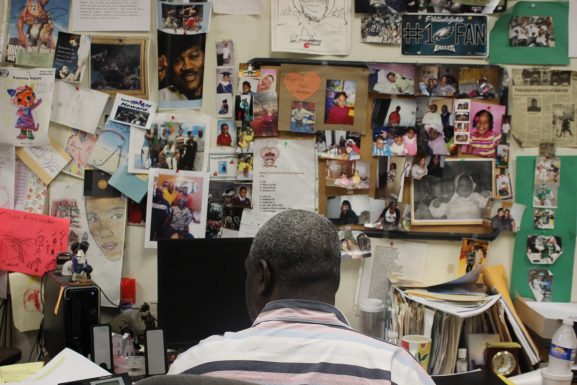 He slowly climbed the ladder in community activism. He worked with after school programs in the 80s, giving out lunches of butter and cheese. He participated in marches and advocated for the homeless. He described all this preparation as grooming for his current position with the NAC.

He became the community liaison of the Strawberry Mansion NAC when the office opened in 2004, and he’s been with the organization ever since. He is also a board member for the community development corporation, which he described as a cousin of the NAC. 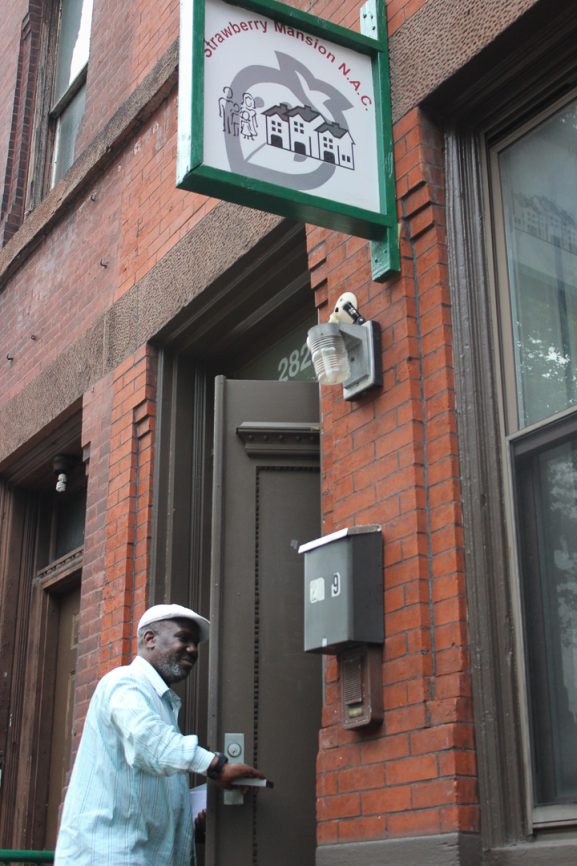 “He has a knack for communicating with the residents, and he has a compassion for what he wants to see in our community,” explained Lenora Jackson-Evans (pictured below), the treasurer of the CDC and executive director of the NAC. “He knows how to reach the people. He knows how to make them comfortable.” 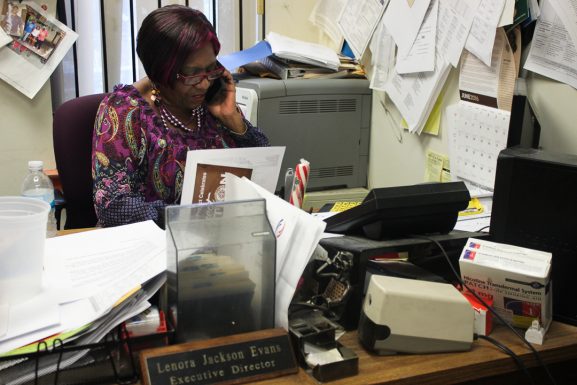 She said it’s skill not everybody has, and it makes Williams an invaluable resource of the NAC.

As community liaison, Williams spends most of every day out and about, interacting with the people in his neighborhood and ensuring they know about the resources NAC can offer them. His job has made him extremely well known – and extremely well liked – among residents of Strawberry Mansion. 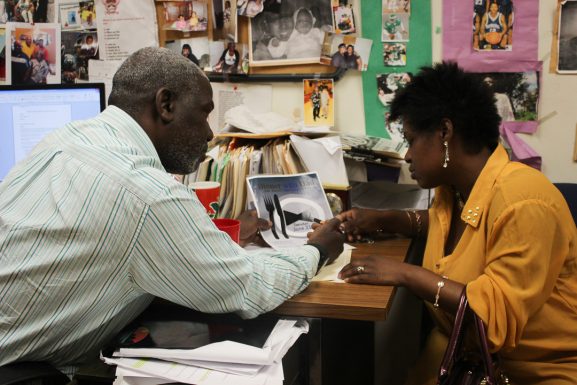 “Tyrone Williams is an asset to our neighborhood,” confirmed Sylvia Williams, who lives nearby the NAC office. “He works excellent with the kids. He’s a deacon at the church. He pulls the kids not only to the NAC office but to the church.”

Aside from working directly with his own community, a major part of Williams’ work is making sure any developers coming into his neighborhood are transparent with their intentions. He said it’s important for community members to both know about new developments and to fully understand the consequences, whether positive or negative.

“We try to empower the residents to speak up,” he said.

Williams used the example of new neighborhood developments to explain his process involving people in what’s going on in their community.

“There’s meetings that are held in the community around a development,” he said, “We don’t hold a large community meeting for a corner store. But we will let the residents in a five block radius each way – north, south, east and west- know what’s going on around them so that they can come out and they can have a voice.”

Most importantly, Williams tries to teach his community how to use its voice.

“I try to inform this community that there’s reinvesting and revitalizing going on in Strawberry Mansion and that frustrating and yelling and things of that nature, it’s not going to stop the change,” he said. “Be part of the process. Tell them what you want to see. Don’t just sit back and say, ‘Wow, they’re going to build on there.'” 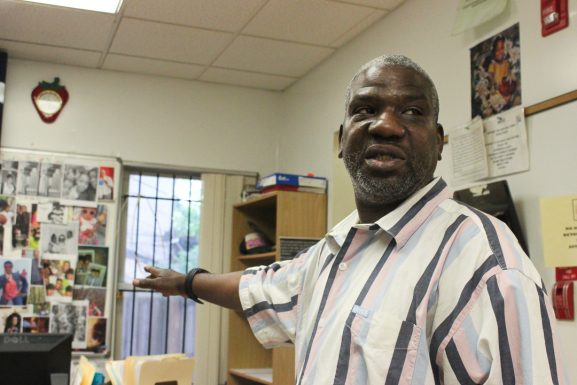 As well as communicating with residents about what’s going on in the community, Lenora said Williams brings plenty of his own ideas to the table. He’s a factory of ideas for how he wants to better his community.

Williams described one of his own recent personal victories defending the interests of his community in the wake of new SEPTA developments.

“We have one of the greatest bus barns in the city, right at 33rd and Dauphin,” he said. “We’re proud of that because in that situation, SEPTA came into the community with talks of renovations. We told them what we wanted and what we did not want. So, the way the bus barn looks now is a direct impact of the community engagement, of the community saying, ‘Don’t take off the roof because our seniors use it when the weather is inclement, don’t take away lighting, the benches, the seniors sit on them.'”

The victory exemplifies the power of the community engagement he preaches to his Strawberry Mansion neighbors: “I tell the community, ‘A community without a plan will be planned for.'”

A first trip to Hunting Park can create a bad first impression. Even a second trip will probably leave doubts. Frequent enough stories of murder, robbery and drugs make sure of that. But those first [Read More]

Drive up one of Philadelphia’s most historic main streets and you will see longtime residents walking amongst new and vibrant residents, flashes of a city heading for the future. Stephanie Michel’s job begins at the meeting [Read More]