After serving 17 years in City Hall, Donald Tippett has just about seen it all. From working for Councilman Frank Rizzo Jr. to his role as office manager for Councilman David Oh, he said he’s learned a lot. He knows a lot about Philadelphia politics, and acknowledged his work has brought him some great opportunities. Although, above all, the born-and-raised Philadelphian said it’s his drive for public service that keeps him motivated.

How long have you been working in City Hall and what do you do?

I (recently) had my 17th year anniversary. I started with Councilman Frank Rizzo Jr., and back in 2011, he was not re-elected. But Councilman Oh was, and I had worked with Councilman Oh before he was a councilman on other projects. He took the chief of staff from Councilman Rizzo and myself on board, so we started with him from the very beginning. I am the office manager for the councilman, and I’m responsible for the administration and administrative functions of the office – and I’m also director of constituent service, so I have a constituent staff under me. My areas of responsibility are just trying to keep things going, human resources responsibilities in our office, and then we report to the City Council president. 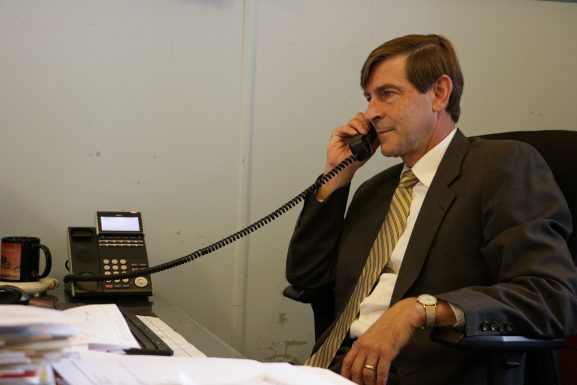 What is the responsibility of Councilman Oh?

One of the goals of the councilman is to try and serve every community. There are three Republicans on City Council. One is Councilman Brian O’Neill and he is the District (10) council(man) for the Northeast. Then there are two at-large councilmen, and Councilman Oh is at-large and Al Taubenberger is the other council(man)-at-large. The district council (members) are responsible for just their area. They’ll handle more things like zoning issues. At-large council (members) generally try to focus more on legislative issues, but we will at times help somebody who has an issue. If there’s a zoning matter, district council (members) get the final say.

What was it like working for Councilman Frank Rizzo Jr., given his father was such a high-profile figure in Philadelphia history?

He was very demanding, primarily because he had a lot to prove. He lived in the shadow of a larger-than-life character. He needed to make his mark and so he drove the staff pretty hard to really perform and deliver. It was a good experience, but it was tough. But we learned a lot and made a lot of contacts. 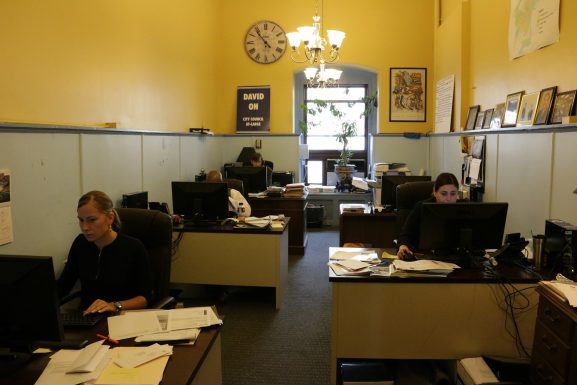 How was the switch to working for Councilman Oh?

It’s been wonderful. The councilman is a workaholic. He works seven days a week, and he’s always out and about. The councilman has a lot of great ideas. Being a veteran, we’ve gotten involved in a lot of recognizing various accomplishments. We did a resolution honoring the Coast Guard. It was their 125th anniversary, and it was quite an experience.

Did you always envision yourself working in City Hall?

I went to school for management and I actually had just made an acquaintance with the chief of staff for Councilman Rizzo and a position came up. And he said, “Would you be interested in city government?” And I really didn’t know anything about it, so I came down and we talked about it and I said, “Yeah, I think this is something I would like.” And then I got into it, and I realized this is where I should be heading. 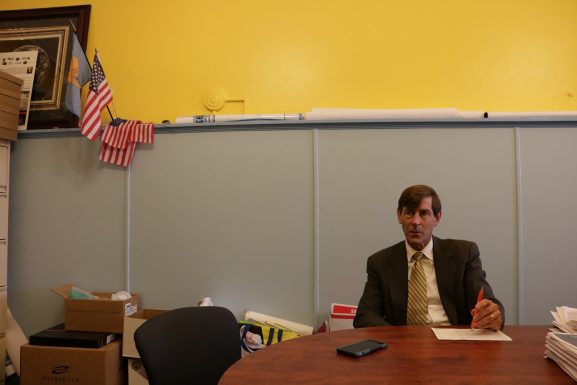 What was something interesting you worked on while in City Hall?

Over in Frank Rizzo’s office, we tried to bring Grand Prix racing to Philadelphia. We were trying to make it like a Monte Carlo event. We had it all lined up that it was going to come down the (Benjamin Franklin) Parkway, from the Art Museum area, Kelly Drive, down the parkway and around and then back. And Paul Newman was a co-owner of a race team. I was part of the arrangements in bringing him into a meeting at City Hall, so that was quite interesting. Unfortunately, a lesson in politics, we had all the proper departments, but those also affected were the Philadelphia Art Museum, Moore College of Art, and the Franklin Institute. And back then, their thinking was it would be more of a disruption than it would be a benefit to the city – which I didn’t agree and a lot of people didn’t agree – but ultimately, it never happened. They decided not to go with it. Fortunately, I didn’t have to be the one to deliver the news to Paul Newman. 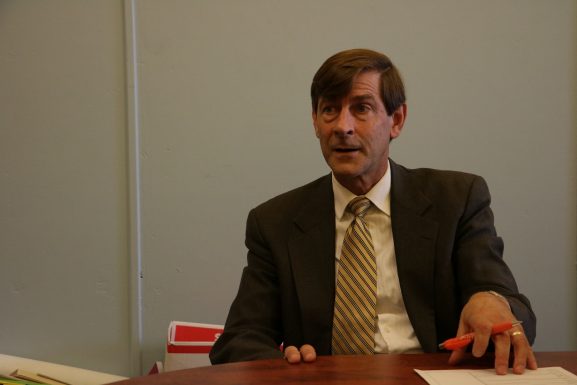 What really inspires you to keep doing your job?

Doing the constituent service work is just very gratifying. To know that you’ve helped someone – you saved their house from going to sheriff’s sale; or someone whose water just got turned off because they can’t afford it because of so many other financial difficulties, but you were able to help negotiate a payment plan and they get it turned back on. These types of victories really make it worthwhile because you’re helping somebody’s life. In order to work for city government, that’s where you truly need to have your mind. That’s got to be your motivation, and it’s definitely not for the salary.

At Livengrin, counseling staff have continued to reach out to patients, finding ways
to keep social distancing from being a barrier to recovery. [continue reading…]

Arts and Entertainment: Radio 104.5 Strives to Share the Talent of Local Musicians

It’s more convenient to support a well-established band. It’s more exciting to attend a sold-out show at the prestigious Madison Square Garden instead of a three-song opening act at a bar with mildew on the [continue reading…]