Consignment stores have become an increasingly popular retail destination, however, these stores often do not often target a certain demographic: plus-size women.

Hoping to change that, Brewerytown businesswoman Adrienne Ray (below) decided to open her exclusively plus-size consignment shop, Curve Conscious, 2719 W. Girard Ave., in June. Since then, Ray said, the store has been a hit. 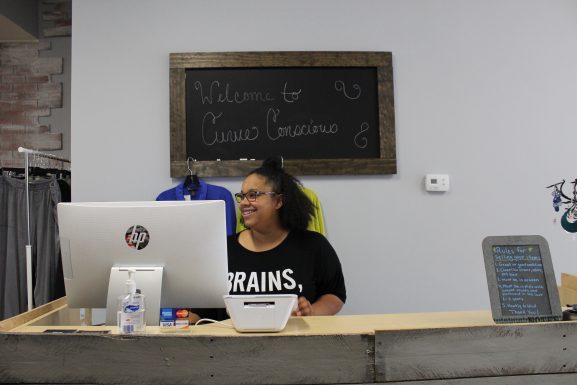 This consignment shop, unlike any other in the Philadelphia area, only buys and sells clothing ranging from sizes 12 to 24 or large to 4X. Before Curve Conscious was opened, the closest consignment store that catered exclusively to this demographic was Abundant Style, located in Doylestown, Bucks County.

“As a plus-sized woman myself, I thought that there needed to be something in the city for us specifically,” Ray said.

Expanding the business is a goal for Ray and with that, she has hope she can soon hire a staff. 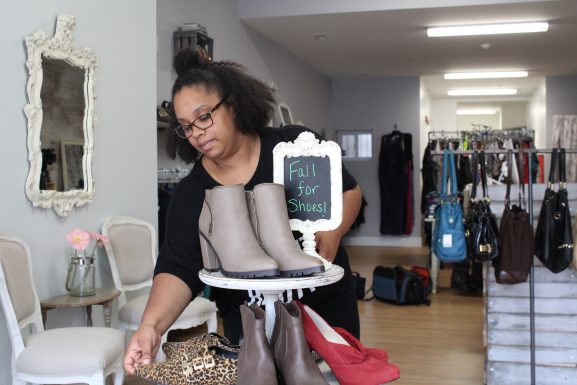 “The hardest part for me, as the business owner, sometimes has been just the overwhelming outpour of people who come in,” Ray said. “Because it is the first plus-sized consignment store in Philadelphia, so many people are excited that they bring almost their whole closet in to sell.”

Because of the volume, Ray had to limit the number of items a person can sell to 20 at a time. 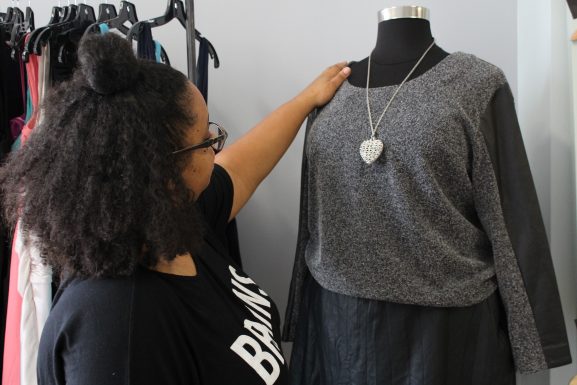 City resident Megan Chila saw an advertisement on Facebook and walked into the store with bags of clothing to sell, many of which still had tags on them.

“I was switching out my summer clothes with my winter clothes and I thought it was time to switch around my closet a little bit,” Chila said.

Chila was interested in the shop because plus-size clothing is something that she looks for while shopping and selling clothing.

Cassidy Cavanagh, another city resident, was also interested in this consignment store and the styles that this type of shop has to offer.

Ray has high expectations for her business in the future. With the help of advertising by both word of mouth and social media, she hopes to eventually hire a staff and expand her business into a larger space with the addition of men’s plus-sized clothing as well as maternity clothing.