Inspired by growing concerns about the lack of waste management in Germantown, a small group of individuals joined together and recently completed a 90-day clean-up initiative known as “Clean It Up Make It Safe Germantown.”

The program, while still in its early stages, is supported by the Ray of Hope Project, a registered non-profit created by Raymond Gant in 2002 that combats blight in Philadelphia’s neighborhoods.

Keith Schenck, the leader of Clean It Up Make It Safe Germantown, said the project is inspired by the Ray of Hope Project’s giving back culture, and is a step in the right direction to counter the depression seen in poverty-stricken communities. Schenck has also launched a six-week cycle of the “Clean Path to Education” campaign, an effort meant to clean the sidewalks and streets surrounding schools in the area. 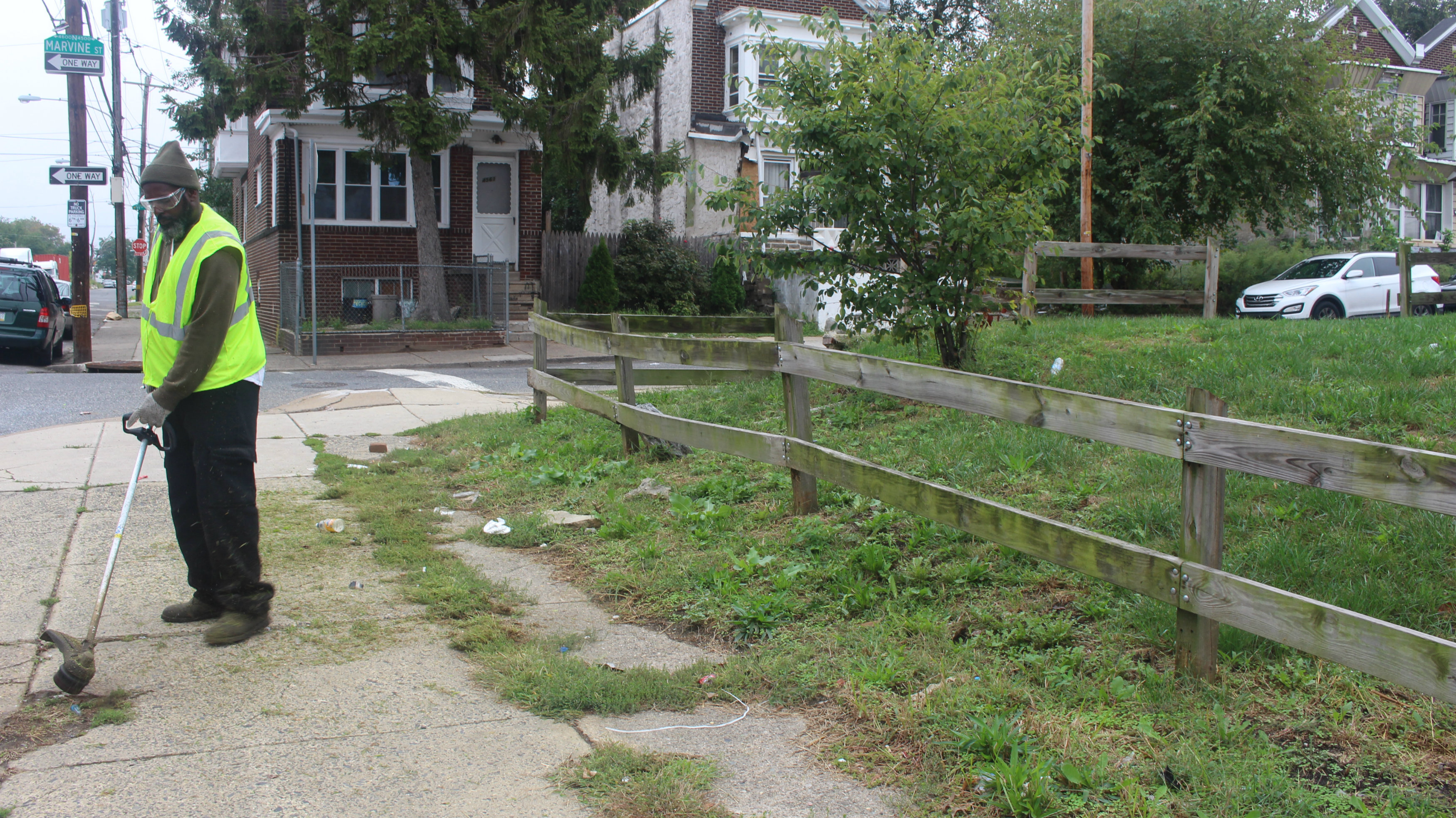 “We actually infiltrated and targeted John Wister Elementary School, and we just kept that whole intersection debris and trash free,” Schenck said. “The children are entitled to that, they’re entitled to a clean passage to school.”

Raymond Gant believes that children are affected by what they see on their city blocks more than anything they see in the media, and is frustrated by a recent political campaign by Hillary Clinton about what children see. 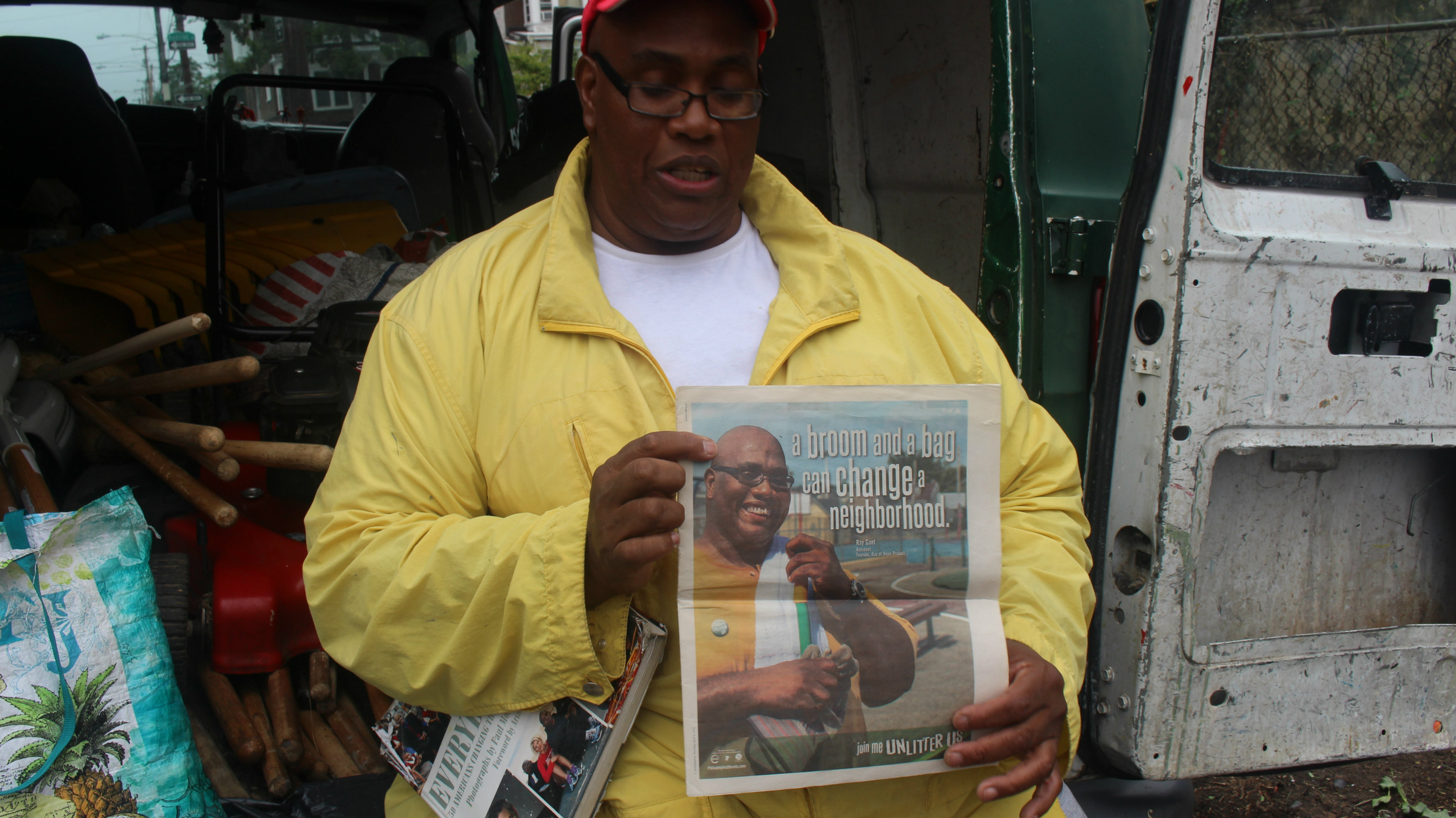 “How about what they see everyday in their communities?” Gant asked. “They see that. Your children come here. They travel and they go to school and they see what’s around them and that goes into the next generation. Urban communities just keep going through that same cycle of poverty and devastation.”

The program operates out of Gant’s green truck, which he calls “Felix,” named after Felix the Cat. The vehicle is loaded with shovels, paint, lawn mowers and more. 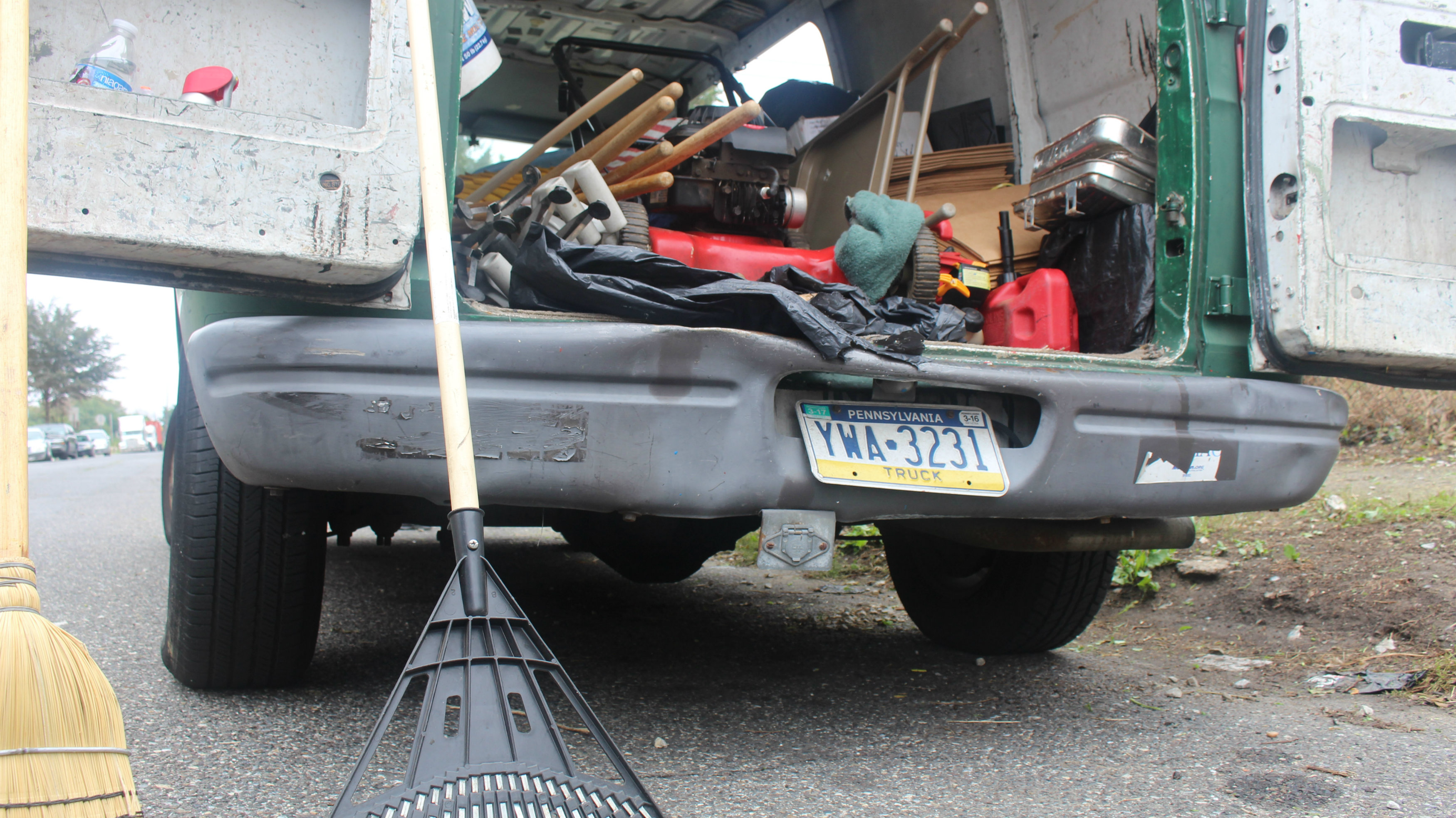 In addition to picking up trash and rubbish, Clean It Up Make It Safe Germantown aims to revitalize the neighborhood by trimming and cutting grass, removing waste that has been illegally dumped, removing graffiti and more in hopes of making it a better place to live and a better environment for children to grow up.

“It’s something that is needed in our community,” said Christina Soza, a volunteer with Clean It Up Germantown and the Ray of Hope Project, has been participating in community clean-ups for more than a year. “It’s a shame that it’s so hard to get residents in the community to join us in this movement.”

Schenck and Gant hope that the campaign will continue to gain momentum, and that Germantown continues to see progress.

https://vimeo.com/25660502] Nearly a quarter of the land in Kensington is vacant.  No buildings, no structures, just grass, weeds or concrete.  This land, if left untended, becomes a magnet for trash, illegal dumping and crime. South [continue reading…]

Germantown: Building Community One Conversation at a Time

Keith Schenck sees familiar faces on every Germantown corner. Schenck, a photographer, is involved in an artists’ collective as a leader and mentor. He and fellow artists organized two One Love Guns Down events to raise funds [continue reading…]