Tim Strain was 18-years-old when he burned his hand on the muffler of his lawn mower.

He then went to the hospital, where he was prescribed Percocet. After a few days staying home, Strain went to his girlfriend’s house. When his pain came back and he did not have his medicine on him, his girlfriend’s mother gave him some of her ‘maximum strength Percocet.’

But instead of being Percocet, she gave him methadone. Strain passed away that night. 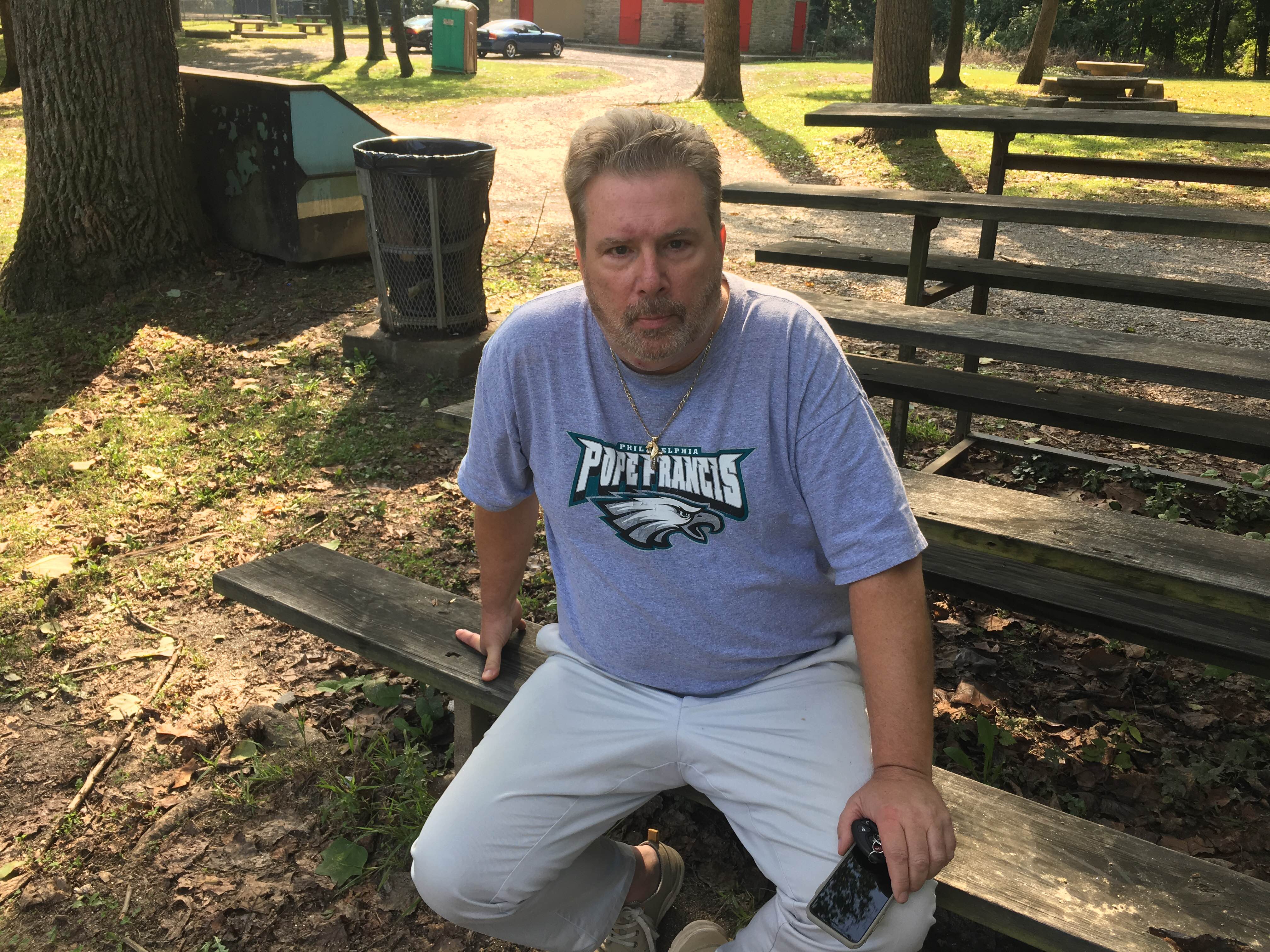 Now, his father, Bernie Strain (pictured above), is making sure no one else has to go through the pain he went through, and he knew the way to get it done was to create a way for people to dispose of their prescription medicine

Bernie Strain’s story made national media and attracted the interest of Paul Ritter, a high school science teacher in Pontiac, IL. Ritter and his students had started a program called the Prescription Pill and Drug Disposal Program, or P2D2. He reached out to Strain and told him about his program. He believed Bernie Strain would be interested in starting it out in Philadelphia. He was right.

“There were a lot of times when people were telling him, ‘No, we’re not getting this done in the city of Philadelphia,’” Ritter said. “He was relentless and kept going. He was not going to take no for an answer.”

Ritter believes the only reason there is a drug disposal program in Philadelphia is because of the hard work and perseverance of Bernie Strain and his wife Beverly.

The P2D2 program in Philadelphia is set up through the police department, where mailbox-like containers have been set up so people can drop their unused or expired prescriptions, over-the counter medications, vitamins, and more.

The boxes started being added into the Philadelphia police stations less than a year ago and have already been implemented in about 75 percent of the stations in the city. One of the boxes is located right here, in Roxborough, at the the 5th district station.

“That box, the city tells me, is the most used box in the program,” Strain said.

Councilman David Oh is one of three council members that have worked closely with Strain to get this program off the ground.

“There was a drug give back day,” Oh said. “They wanted people to save up all their pharmaceuticals until that day. Then you had to make the trip down to the police station, which may not be convenient to everybody.”

Having the boxes permanently in the police stations allows people to dispose of their medications when it works with their schedule, and the boxes can be emptied as needed.

Oh believes this method will encourage more people to bring their unused pharmaceuticals because they do not have to be afraid of getting in trouble.

“It’s no questions asked,” Oh said. “People have opioids and other things. Some people may have collected it from other folks.”

He also believes the P2D2 program will ultimately have a positive environmental impact.

Overall, the program seems to be a success in Philadelphia. Officer Chris Jones, who works in the 5th district, is the officer in charge of contacting the Drug Enforcement Agency, who then comes and empties the bin. Jones also spreads awareness about the program, attending community meetings and town hall meetings.

“It’s very popular and is used quite often,” Jones said. “I know there are no other places to take these things. Pharmacies and hospitals won’t take old medicine.”

Through the efforts of Paul Ritter and the P2D2 program, more than 3.5 million pounds of pharmaceuticals have been collected throughout 28 states and six countries. Because of the efforts of Bernie and Beverly Strain, a law was passed in Philadelphia to allow for the implementation of these drug disposal bins, and in honor of their son, it was dubbed Timmy’s Law.

Bernie’s dedication to giving back to the community did not stop with the passing of Timmy’s Law. He now holds an annual wiffle ball tournament in his honor to raise money for the Wissahickon Athletics Association.

https://vimeo.com/25575254] Burglaries have recently been a hot topic for residents in Northeast Philadelphia. But what exactly constitutes a burglary? Many confuse the term with theft or robbery. Burglaries fall under an entirely different category. The [Read More]

Some Roxborough residents are getting in shape but they’re not going to the gym. Fitness instructors Jackie Ashenfelter and Susan McInerney started a new trend in the area called One Fit Body. The organization launched [Read More]

https://vimeo.com/24759811] Several years ago, John Kerwood was struck with a chemical imbalance that stripped him of his job as a mailman and left him battling clinical depression. But now, with the help of the North [Read More]