It’s called pumping. The idea is to use your body and momentum to propel your way through the track without pedaling.

But there is more than just a clay track to ride a bike on at the pump track. Over the past year, the staff and volunteers at the facility have landscaped the area so much that they’ve entered the space into a regional gardening competition.

“I just make it more of a destination for people, other than just a pile of dirt,” said Mia Mengucci, the site monitor and Philadelphia Parks and Recreation department employee. 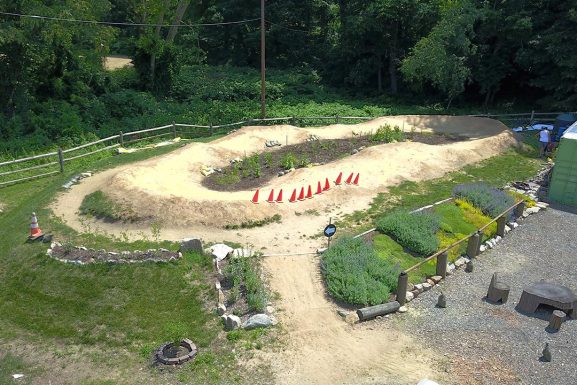 Some of the features of the garden are functional. Rocks have been gathered to create small retaining walls and steps and many of the plants are there to help improve drainage and hinder erosion.

Mengucci has been working in horticulture since 1988, tending to greenhouses, nursery centers and even the grounds at country clubs. 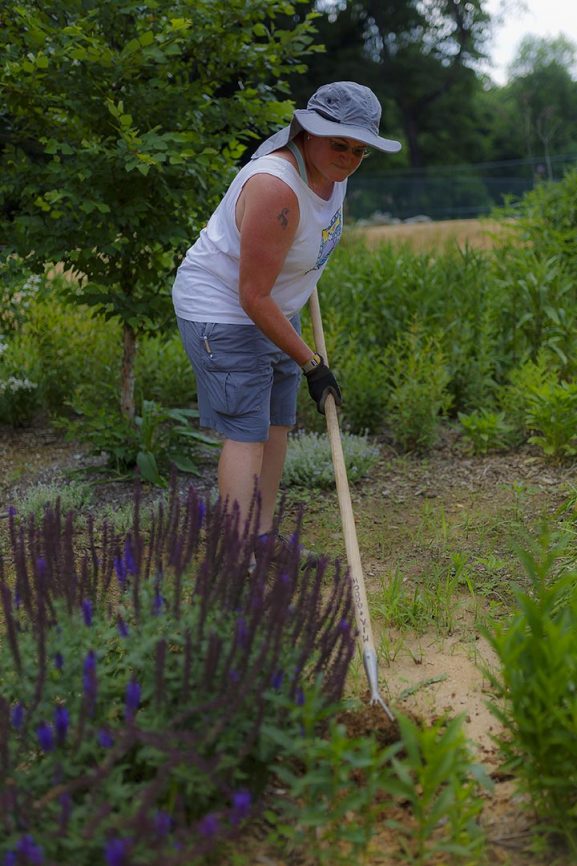 “I’m from an old school,” said Mengucci. “I like to keep busy. I just started doing stuff. I started cleaning up the gardens, making them functional.”

What started off for Mengucci as way to occupy her extra time at work, has developed into more than that. The garden is going to be entered in this year’s Pennsylvania Horticultural Society Garden and Greening Contest, which is designed to recognize community and individual efforts.

According to Johanna Schoeller, the events manager at PHS, the 2016 contest had more than 250 entries and expects to see closer to 300 entries in the 2017 contest. The winners will receive a sign for their garden, tickets to the 2018 PHS Flower Show and honors at a reception in November.

To landscape the pump track area, Mengucci used leftover plants from PHS sales and the city donated plants from other parks.

“I just reached out to different people I know – teachers, horticulturists, people who have landscape businesses,” said Mengucci. “I asked them, ‘Anything you have, I’m willing to take.’” 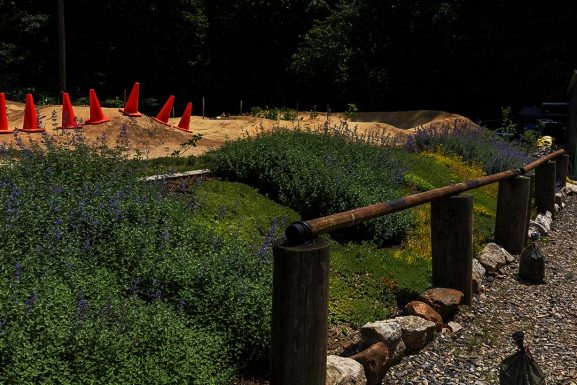 Despite her entry into the contest, Mengucci says it isn’t about the accolade or winning a contest. It’s more about giving people at the pump track a nice place to be.

The Philly Pump Track is in West Fairmount Park on Parkside Drive and is free to enter without or with a bicycle if you want to ride, just to see the gardens or do both. Weather and track conditions permitting, the track is open daily from noon until 6:00.