All along Bustleton Avenue are businesses built by foreign-born people who came to the U.S. in pursuit of a better life. Yet many highly educated and skilled immigrants are underemployed in Northeast Philadelphia and the U.S.

“Over 40 percent of immigrants in Philadelphia hold at least a bachelor’s degree,” said Nikki Pumphrey, director of strategic partnerships for the Welcoming Center for New Pennsylvanians. “These skilled immigrants face high rates of unemployment and underemployment.”

The Welcoming Center for New Pennsylvanians is one of only a handful of organizations in Philadelphia addressing the issue of brain waste among skilled immigrants.

Gulrukhsor Mukhammadieva came here from Uzbekistan in 2014 with her husband and two young children. She has two bachelor’s degrees, one teaching Russian and the other in accounting, but is currently employed as a home aid for the elderly. 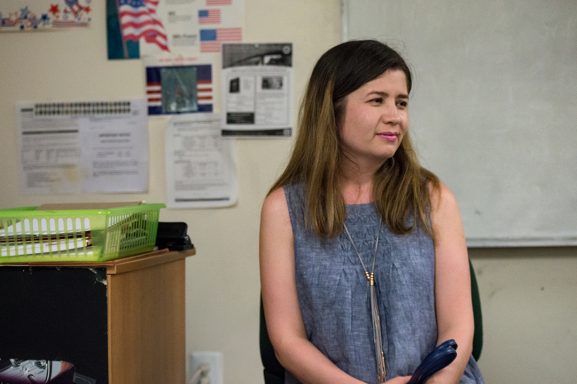 In her home country, Mukhammadieva managed the money transfer department at bank. She is one of many immigrants whose talents and skill are underutilized. Mukhammadieva is an example of brain waste.

“It’s a difficult topic for me because it’s hard to accept that you can’t work and you can’t do what you like,” Mukhammadieva said.

According to the Migration Policy Institute (MPI), brain waste is defined as “the number of college-educated immigrant and native-born adults ages 25 and older who are either unemployed or have jobs that are significantly below their education and skill levels.” 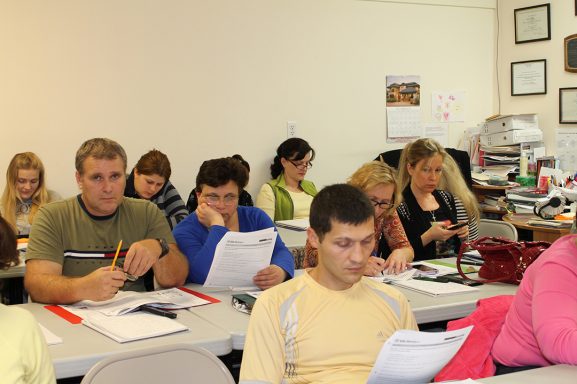 The New World Association is one of the only organizations in Northeast Philadelphia that assists skilled workers and college educated immigrants in gaining English as a Second Language (ESL) proficiency. ESL is the greatest barrier to economic integration of highly skilled immigrant workers, according to Jeanne Batalova a senior policy analyst at MPI and manager of the MPI Data Hub

Batalova, one of the authors of a brain waste study, has been working at the institute for about 12 years studying immigration issues in a variety of countries. Her main focus has been on economic and educational integration of highly skilled immigrants in the United States.

Her research found that college educated immigrants who lack ESL proficiency are five times more likely to be underemployed than those who do have ESL proficiency. 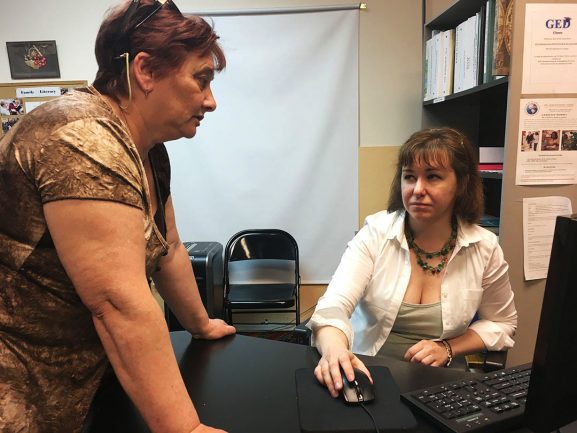 “As a result, individuals experience isolation and their families struggle,” Pumphrey said. “But it is not just immigrants and their families that are negatively affected – communities suffer and economies lose out on the valuable untapped talent of thousands.”

Brain waste does not only hurt Philadelphia, as “nearly 2 million immigrants with college degrees in the United States—one out of every four—are relegated to low-skilled jobs or are unable to find work,” according to the MPI.

The loss of those unable to secure jobs they might be qualified for don’t just impact the individuals, but the economy as a whole.

Networking is a way for many Americans to find work in their field. Attending job fairs and college alumni meetings are a form of social capital that many immigrants do not have access to.

For many immigrants who arrive in the U.S., the only people they know are relatives or close friends, leaving them with limited employment options.

“Overall, immigrants are much more likely to work than the U.S. born population, but they are often employed in jobs that they’re family or friends know about,” Batalova said, pointing out that typically, these are not highly skilled jobs.

“Many women immigrants find work in healthcare, or the service industry work while men find work in construction or as truck drivers,” said Executive Director of the New World Association Marina Lipkovskaya. 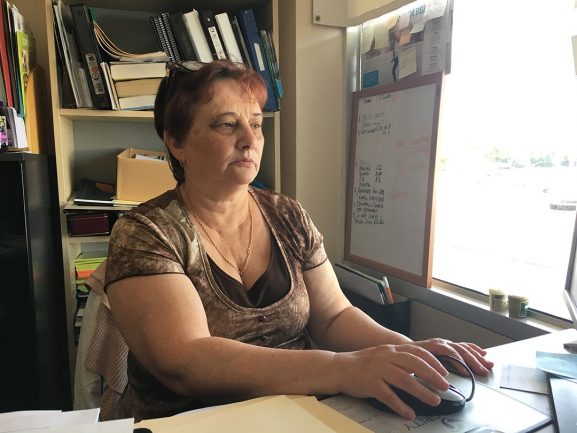 In the U.S., the road ahead for highly educated immigrants who lack ESL proficiency is a difficult one, but organizations like the New World Association and The Welcoming Center for New Pennsylvanians offer programs and classes to help them.

The Welcoming Center for New Pennsylvanians has the International Professionals Program (IPP). It helps immigrants living in the Philadelphia region with a college degree from outside the U.S. find employment in their profession. It endeavors to alleviate brain waste and retain high-skilled immigrant talent by helping them re-enter their profession in the U.S.

“We hope that one day I can do the work I want,” Mukhammadieva said.

–Text, images and video by Kristof Phillips and Robert Fogarty.

Strawberry Mansion: A Walk Through a Jazz Hero’s Home

A late September Sunday saw the reopening of the John Coltrane House in Strawberry Mansion, the home at 1511 N. 33rd St. where the legendary jazz saxophonist once lived. The house had been vacant since [continue reading…]

Waterfront: A Church in Manayunk Aims to Offer ‘Something Different’

Epic Church is not your typical house of worship. In fact, its motto is “Something different.” So what makes Epic Church so different? Well, for starters, the service takes place in a Manayunk movie theater where [continue reading…]

Casa Soccer League is more than just an amateur soccer league. It is also a nonprofit organization run strictly by volunteers who are dedicated to maintaining Casa (Spanish for house) as an affordable, organized, competitive [continue reading…]