When reminiscing about the storied sports history of Philadelphia, roller derby isn’t exactly one of the first things that comes to mind. Despite its turbulent swings in popularity, the sport’s history in Philadelphia dates back almost 70 years.

Philadelphia’s first roller derby team was founded before both the Flyers and 76ers were playing in the city. The Philadelphia Panthers were part of the six-team National Roller Derby League (NRDL) as early as 1949, not long after the sport started being televised.

The Philadelphia Warriors (not to be confused with the former NBA team) began competing in 1967. The Warriors, who fielded both a men’s and a women’s team, featured legends of the sport, including “Pretty” Judy Arnold, Judy “The Polish Ace” Sowinski and “Little” Richard Brown. The National Roller League (NRL) was short-lived, however, folding in 1973. 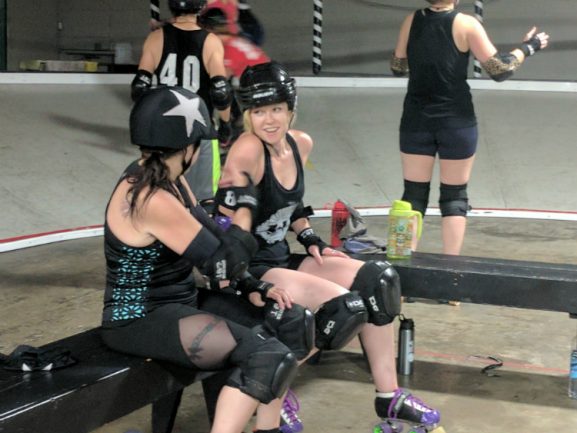 Fast forward to 2005, when both Penn Jersey Roller Derby and Philly Roller Derby were founded as part of the sport’s most recent revival.

“Right now, we have player-coaches,” said Sean “Nurse Ratchet” Costello, captain of Penn Jersey Roller Derby men’s A-team, the Hooligans. “Back when Judy and other coaches, Skip Schoen and Little Richard Brown, were here, they were just coaches when they were here. But it’s very time consuming to come down here. With other commitments, they’ve since had to retire.”

The Hooligans compete on a flat-track course, while the women’s A-team, the She Devils, competes on a banked track.

The banked track at Penn Jersey Roller Derby at 1801 W. Indiana Ave. is named after Sowinski, who passed away in July 2011. 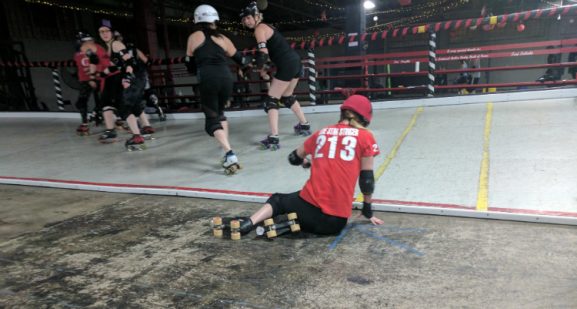 In addition to these travel teams, Penn Jersey Roller Derby previously fielded home teams that competed against each other in order to give more athletes the opportunity to hone their skills. However, the club is currently just using travel teams, according to Nicole “Maulin Munster” Trent, a member and former captain of the She Devils.

“We kind of decided we like playing us versus everybody,” Trent said. “It’s a nicer vibe.”

The travel teams hold tryouts every three months to give people who have just gone through the organization’s rookie program a chance to play for one of the A or B travel teams.

Over at 5378 Belfield Ave. in Germantown, Philly Roller Derby has been enjoying its own facility since April 2016, after previously utilizing Millennium Skate World in Camden, New Jersey.

Kristen “Ginger Vitis” Herrmann has been a member of Philly Roller Derby since 2006, joining on a dare from co-worker.

“I worked for WMMR at the time, and I was the producer of the afternoon show,” Herrmann said. “A DJ and I were at a tattoo convention and we saw a flyer that said, ‘Try out for roller derby.’ We were just talking about it and he’s like ‘I dare you,’ and I was like, ‘I’ll do it!” He said that I never would.”

After 10 years, Herrmann has become a staple with the organization, competing on the A travel team, the Liberty Belles.

Philly Roller Derby is solely comprised of people who identify as women. Its travel teams also include the B team, a pick-up team, Independance Dolls, The Block Party and The Cheeseskates, comprised of recent graduates of the Fresh Meat rookie program. These teams compete under the Women’s Flat Track Derby Association (WFTDA), an international governing body.

Last month, Philly Roller Derby held its annual East Coast Extravaganza, just one of 255 WFTDA-sanctioned events that the organization has hosted during the past decade, according to Philly Roller Derby’s Jillian Barrett. This November, it will be hosting the WFTDA International Championships.

Before the Liberty Belles were formed, four home teams would compete against each other.

Philly Roller Derby is striving to perpetuate the sport’s current revival by offering Junior Roller Derby, a co-ed program with participants ranging in age from 6 to 18. 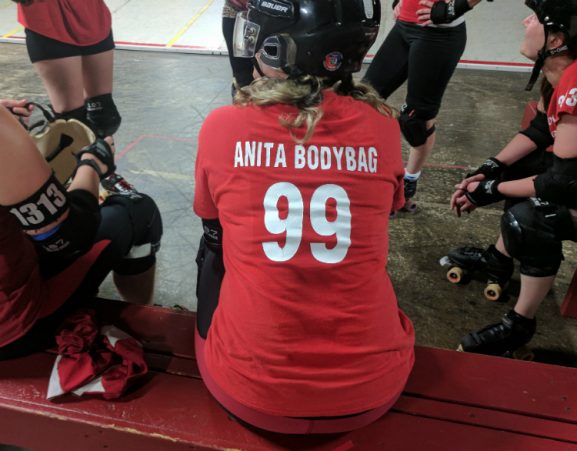 With strong numbers at Penn Jersey Roller Derby, which have continued to grow since Costello first joined, that organization is an example of how roller derby isn’t going anywhere anytime soon in Philadelphia.

Dawn “Rocket” Brenner was an ice hockey player for about 20 years before transitioning to roller derby. Originally from Savannah, Georgia, Brenner has been in Philadelphia for eight years and joined Philly Roller Derby a year and a half ago. Now a member of The Block Party, Brenner makes it clear that she never had any intention of joining another organization after being introduced to Philly Roller Derby by a friend’s wife.

“I knew that I wanted to be with the best,” Brenner said.