Ambrose Liu, founder and project director of the Olney Culture Lab, an initiative sponsored by CultureWorks Greater Philadelphia, has been working in the Olney neighborhood for the past seven years organizing arts and culture events for the neighborhood.

Olney Culture Lab’s signature event, the Olney Youth Arts Festival, is an annual multicultural dance festival and something Liu started to provide a literal and figurative stage for children, parents and teachers to collectively celebrate each other. 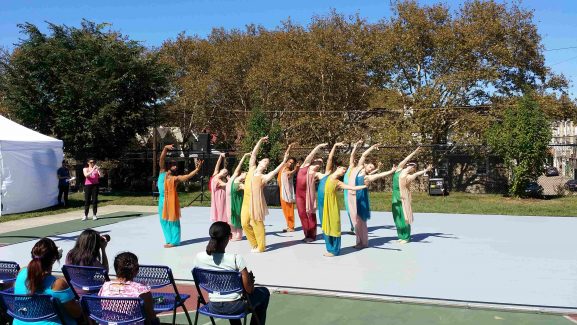 When and why did you start the Olney Culture Lab?

“Olney Culture Lab is something I started over four years ago to foster collaborations. … What’s interesting about Olney is that it has a lot of people potential. Like a lot of Philly neighborhoods, it has challenges but it’s also got a lot of amazing assets, culturally because it’s one of the most diverse ZIP codes in the state. And for me, I love different cultures.

What’s an average day like for you as the project director of Olney Culture Lab?

“I do a lot of this work during my free time; it’s like a second job. Because we’ve been doing it for several years, we’re not reinventing the wheel. We now have a rhythm to how we do things. The day-to-day is writing a lot of emails, administrative stuff, writing letters thanking people and telling how much their support means to us, knocking on doors, gathering people together for meetings. … I’m the guy that basically sets up the logistics of things so that when people come, they don’t necessarily see what’s going on behind the curtain and that it looks easy. I’m the guy who tries to make everything look simple and easy.” 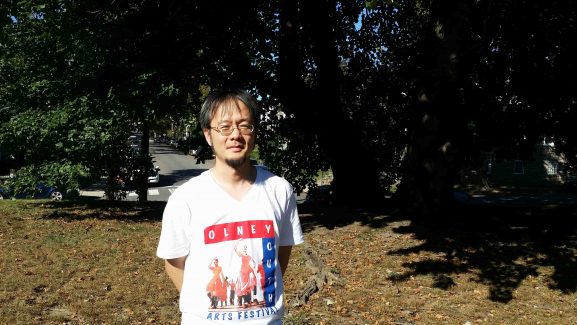 What is important to you as a community organizer?

“First and foremost, I think I’m an educator so I believe in building up people’s capacity to do things for themselves. … That’s one thing I try to do, I’m all about filling the need, filling a gap if there is one. As the Olney Culture Lab, our mission is broad, meaning I worked with Stephanie [Michel] at North 5th Street Revitalization Project to help her design an ethnic food tour, because food is culture. The great thing about culture is that culture is about people, about people’s daily lives.

How has the neighborhood changed, if at all, in your eyes? And what’s next?

“I would say there’s a new, different energy and the longer we stay here, the more people we meet and the more people want to contribute — that’s how it grows. The key is that you have to think in the long term and play the long game. The longer you do something, it’s inevitably going to grow.”

– Text and images by Albert Hong

https://vimeo.com/65098295] Habitat for Humanity ReStore, set in a 19,000 square-foot warehouse, serves about 200 people per day. If it weren’t for non-monetary donations, the unique second-hand retail outlet in Kensington would not be able to [continue reading…]

The First United Methodist Church of Germantown (FUMCOG) has sat on the corner of East High Street and Germantown Avenue since 1796. In September, the congregation welcomed 33-year-old Jeanna Murat (pictured above). Murat is first [continue reading…]