The Athletic Recreation Center is more than just a place for kids to go after school and prides itself on treating each and every child who comes through the doors like family.

Diane Scott (pictured above) serves as a kind of den mother for the children who think of the rec center at 1401 N. 26th St. in Brewerytown as their second home. The boys argue like brothers about toys and the girls crowd together talking and laughing.

“I love being here,” Scott said. “Because they’re my family.”

Athletic, as it’s affectionately referred to, has activities for both children and adults in the surrounding neighborhood. There is modeling, dance, drama, boxing, basketball, soccer, arts and crafts; almost everything a child would need to be creative can be found happening at the center. 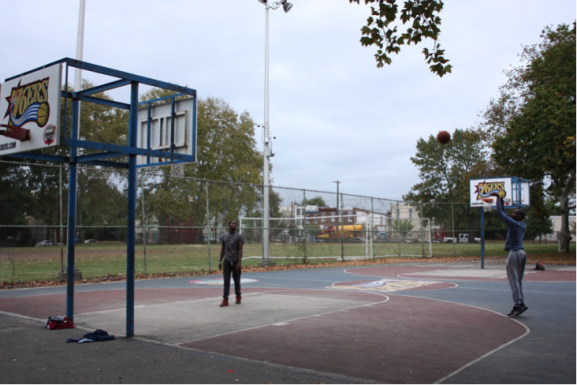 Oktavia Cherry is the supervisor at the center, starting in her position earlier this year. She felt welcomed instantly, and a lot of that had to do with Scott.

“I felt like I was coming home,” said Cherry.

Scott is solidified in her matriarchal position at the center. She shuffles around the main room, sternly telling one child to wait their turn while another hugs her legs and a third circles behind, waiting for a chance to get some affection.

“I’m the mother here at the rec, and a mother’s supposed to protect,” said Scott. “And that’s all I do, protect them.”

For her, there is no differentiating between her own blood, and the children that flood Athletic.

“She makes you feel like you are related to her,” said Fred Jenkins, one of the volunteers, who has also been going to the center since he was a child. “I’ve gone through my whole life calling her Aunt Diane, and sometimes I forget that she isn’t even my aunt.”

That familial title is one of several names children call Scott, along with Miss Diane or Mama.

Jaquay Scott, 21, is Scott’s grandson. After coming to the center since he was a child, he grew up wanting to help out as well.

“I wouldn’t say there’s any difference between how she treated me and all the other kids,” said Jaquay Scott. “We all have that same familial bond.”

Originally born in Mount Airy, Diane Scott moved to Brewerytown at a young age and has been a fixture in the community since. She lives across the street from the center with her husband and grandchildren, and even before the day starts, she’s already peeking through her blinds and making sure the whole neighborhood is taken care of.

When Diane Scott was young, she had dreams of becoming a teacher. Having not followed that path in the traditional sense, she thinks of her work at Athletic as teaching in a different way. But it hasn’t always been easy.

“When I first got here, the kids were so disrespectful,” she said. “I didn’t even know if I could handle it.”

It was clear what she needed to do.

“A lot of these children are raising themselves and I try to make sure that they learn respect,” said Diane Scott. “Respect for themselves, respect for others.”

Judging by the response of the children and staff, she learned to handle it and make respect a priority. The appreciation has extended into the community with a local church honoring her at a ceremony this past summer.

“I don’t think anyone could ever measure up to her,” said Jaquay Scott. “She’s like the Michael Jordan of community interaction.” 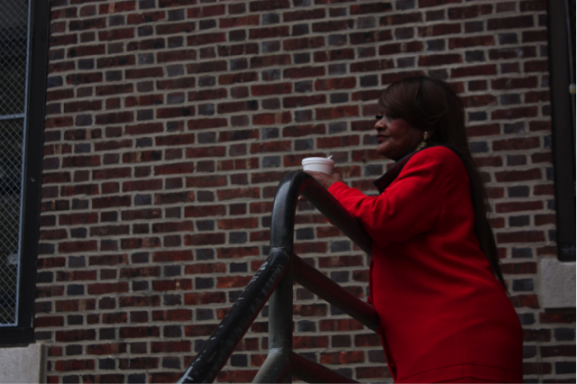 Diane Scott has been working at the center nearly 21 years now and doesn’t seem to be slowing down. The center and the children are a central part of her life.

“They need it, and I need it too,” she said. “It helps keep me going, it makes me feel alive.”

Though she has been part of the center for more than two decades now, for Diane Scott, the hardest thing about the job is knowing it will eventually come to an end. Though retirement is on her mind, no one else seems able to fathom her absence.

“Even when she doesn’t feel like keeping it up, she’ll still keep going,” said Bo Sampson, a co-worker at the center. “She’s like a machine.”

But for now, Diane Scott is ready to give the children at Athletic whatever they need.

“I enjoy what I do, and I enjoy what these kids are about to do,” she said, gesturing to a group of children grabbing art supplies. “Make a mess.”

-Text, images and video by Dan Bartels and Sami Rahman

Hunting Park: Shoot Basketballs Not People is a Game-changer For Youth

It slipped out of someone’s mouth. There are consequences when that four-letter word gets uttered. Not the bar-of-soap “Christmas Story” consequences. There was no swear-jar on-hand storing allowance money. No time-out corner to get exiled [continue reading…]