Chenet LaRose’s dream was to open a community hub in Philadelphia where he could teach people about his Haitian heritage, but his Club LaRose quickly turned into a popular jazz club.

LaRose, a retired dentist, never played music himself but he still calls the jazz club a second home, as do many of his regular customers.

“It is like a family,” LaRose said about the weekly audience. “You can count on all of them.”

LaRose, who earned a degree in dentistry from University of Pennsylvania, was practicing in his Germantown clinic when he bought the building at 5531 Germantown Ave. in 1998. Six years later, after inconsistent management and trouble planning events LaRose reached out to Tony Williams, a local jazz musician who started Mt. Airy Culture Center, to try to bring life into the space.

Tony Williams and the Giants of Jazz now take the stage every Monday night and it is a communal affair. They never turn away a willing performer, whether a youngster from the community, a walk-in looking for fun or even someone with a now-questionable reputation in Bill Cosby.

Club LaRose, which is often referred to as LaRose Jazz Club, was in the news after Cosby’s performance there on January 19. But behind the protests, reporters and cameras that evening sat a loyal audience, one that proudly visits the club every week.

“You find people of every stripe, of every dot, every color, every age, every variance that you can think of is in this place and it’s just so warm and wonderful,” said Toni Rose, a Germantown resident who does not miss a Monday show.

Rose referred to Club LaRose as her home base when on musical tours with her friend and bandmate Myrtle Young. 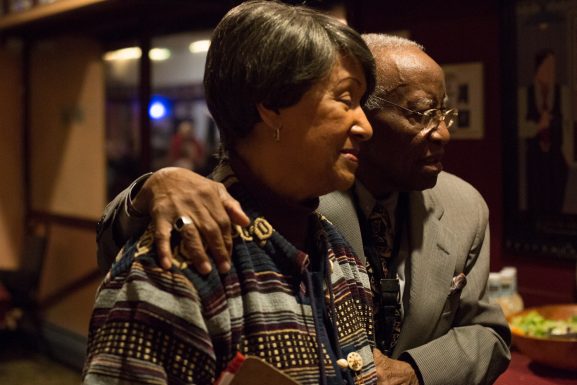 Verna Edwards, a friend and fan of Williams, has worked with him since before he started performing at Club LaRose. Edwards runs the show on stage and behind the scenes by emceeing, serving meals and communicating with foreign guests.

There have been visitors and performers from Japan, South Africa and Switzerland, among many other places, and their pictures now line the walls in the club.

“When jazz musicians come to Philadelphia, they want to come to LaRose’s,” said Lee J. Harold, a Germantown resident and singer who has performed with Williams.

Another steadfast group, the “Jazzy Ladies,” sits in front of the stage every week, watching Williams intently and laughing along with the performance. Sometimes he joins them for dinner during his set breaks.

“These people on Monday,” LaRose said, “they’re key factors for me to keep going.”

It is because of them he keeps Club LaRose up and running. 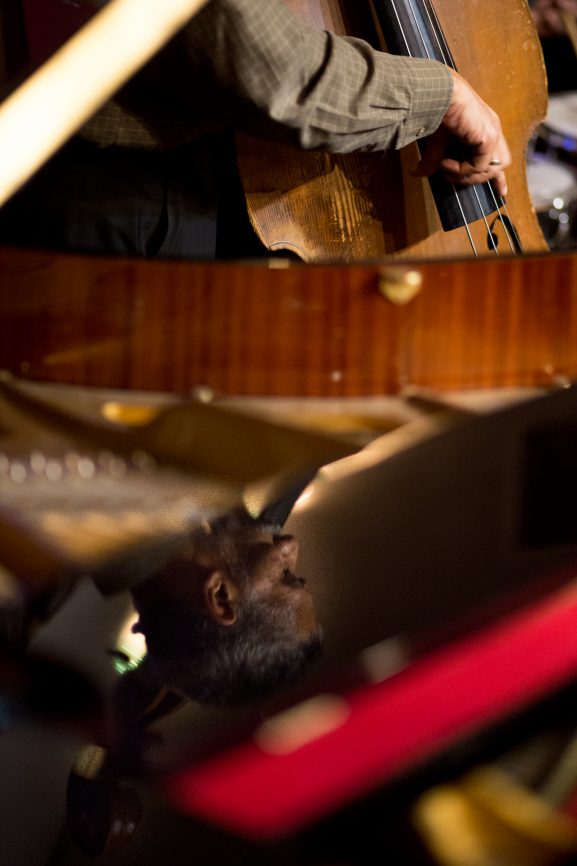 Mekhi Boone, an 11-year-old drummer, has played with Tony Williams’ band. On a recent Monday, the crowd watched in awe, excited to see him perform.

“I’m just glad to see young people who are involved and trying to keep it alive,” said the 88-year-old Williams.

LaRose said he is still working toward his dream of having a culture and ethnic center. Williams, it seems, has helped him accomplish that, just in a different way.

https://vimeo.com/22915631] Connecting with the community is a common trait shared by all local politicians, but not all have the experience needed to successfully represent their constituency. With more than 20 years of Philadelphia government [continue reading…]

A community meeting was held last night at Mount Moriah Baptist Church on 5333 W. Pulaski Ave with the Philadelphia Housing Authority  officials and Germantown residents to address concerns about the future of the Queen [continue reading…]

Germantown: G-Town Radio Seeks to Reach (and Help) the Community

In the heart of Northwest Philadelphia, just off Germantown Avenue, sits the headquarters of G-Town Radio. Located on the quiet Maplewood Mall, the online radio station has been in existence since 2008, under the supervision [continue reading…]