Why We Love Coltrane by Ernel Martinez

Being an integral part of the North Philadelphia community and helping change jazz forever, Ernel Martinez felt that after the original mural of Coltrane was demolished, he had to create a new one (above). This mural is located at Diamond and 29th Streets. 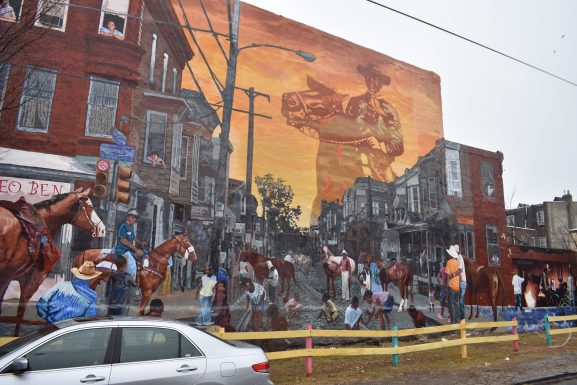 A Tribute to Urban Horsemen by Jason Slowik

This mural was dedicated because of the rich tradition of horse riding in Fairmount Park. The design is used to pay homage to the old west. It was completed on May 1, 2005 and is located at 3222 W. Montgomery Avenue. 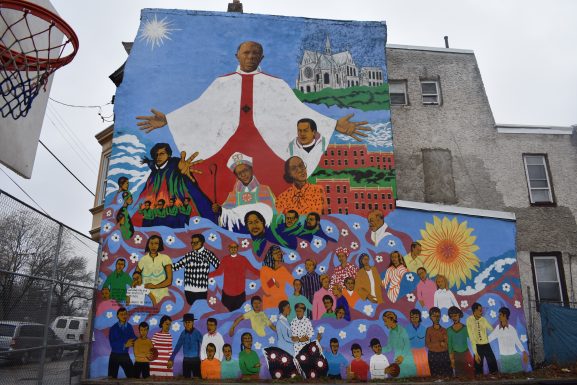 Father Paul Washington and Church of the Advocates by Walter Edmonds

Father Paul Washington was a priest at the Church of the Advocates, located near Temple University. He was a social activist and religious leader. This mural overlooks a playground at Ridge Avenue and Cumberland Drive. 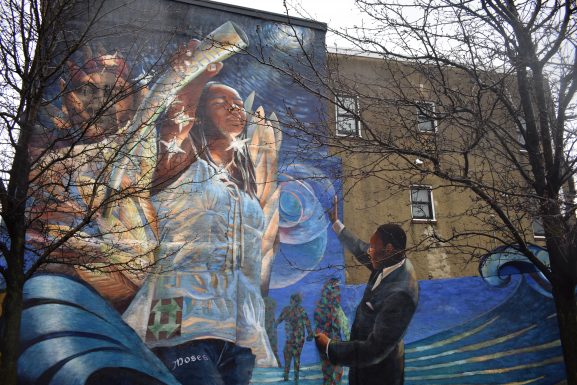 This mural located on 3015 Ridge Avenue, was inspired by Catherine Ryan Hyde’s “Pay it Forward.” This mural uses prominent African-American role models such as Martin Luther King Jr. who have “paid it forward.” 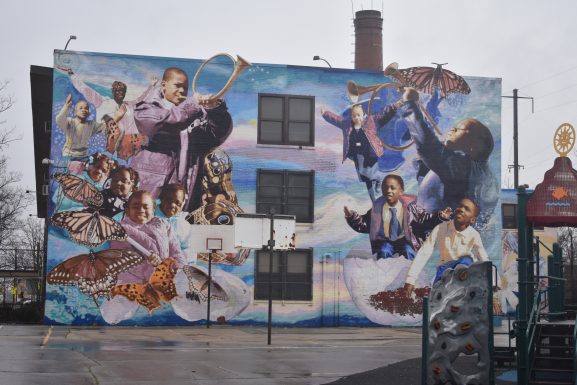 -Text and Images by Matt Hayward and Nico Rossi