Emile Sorger, owner and founder of The Yoga and Movement Sanctuary at 26th Street and Girard Avenue, moved to Brewerytown in 2012. After witnessing the booming growth of his old neighborhood in Fishtown, he found similar circumstances in his new “up-and-coming” neighborhood.

As a freelance yoga instructor, Sorger noticed the influence of his teachings in the city, where the hustle and bustle tends to drown out reality. 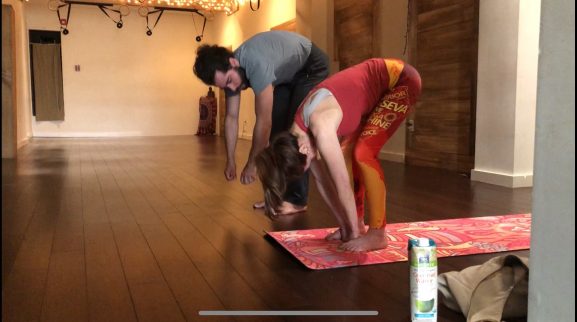 “When I worked at Amrita Yoga, I was able to see how the studio became a resource for people in the neighborhood, ” Sorger said. “And at the time a lot was changing, but it gave people the opportunity to disconnect from their fast-pace lifestyles.”

In 2016, Sorger took that concept to a new location, and with co-founder Noah Julian, the duo opened their yoga studio in Brewerytown. By offering a dynamic way to incorporate health and fitness, Sorger explored new methods to incorporate in his teachings where everyone felt comfortable to try something new.

“Ever since our grand opening, we’ve been seeing what works when it comes to teachers, classes and events,” Sorger said. “More so, we’re just trying to create opportunities for people to come and practice with us.”

Longtime Brewerytown resident Theodore King sees newer businesses like YMS as an opportunity for growth and prosperity for all.

“I feel as though businesses today are non-prejudice and non-discriminatory,” King said. “We’re prospering and producing to live a better quality life and it’s moving into that anyways.” 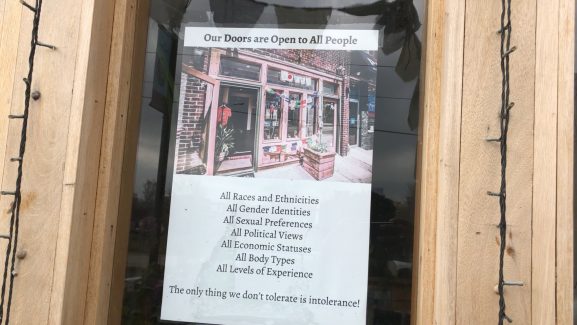 Although it’s the only yoga studio on the Girard Strip, Sorger has noticed a cultural gap in his clientele, where most of his students make up the young and mainly white residents who have moved to the neighborhood.

According to the 2016 Census, African Americans make up close to 80 percent of Brewerytown residents, compared to the 15 percent of Caucasians in the neighborhood.

The race, age and financial gaps of residents may be evident as the neighborhood continues to develop, but Rebecca Waychunas, an associate at the recently opened Pizza Dads, sees new businesses inspiring new ways of life. 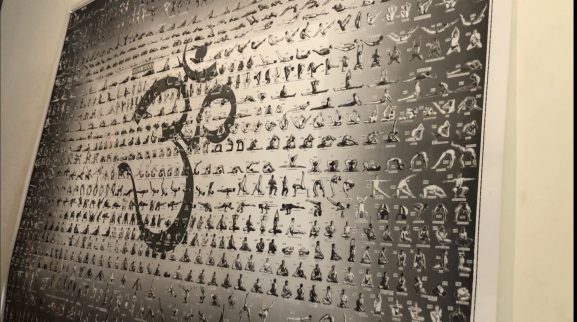 “We’re trying to do our best to invite people into our ideas, being approachable, and possibly educating them about something new,” Waychunas said. “It’s definitely a challenge, but you try to look at it with a perspective that people deserve good, quality stuff.”

Sorger’s yoga sanctuary expresses deep intentions to uphold elements of inclusivity and diversity in its teachings in order to create a worthwhile experience the entire community can enjoy. 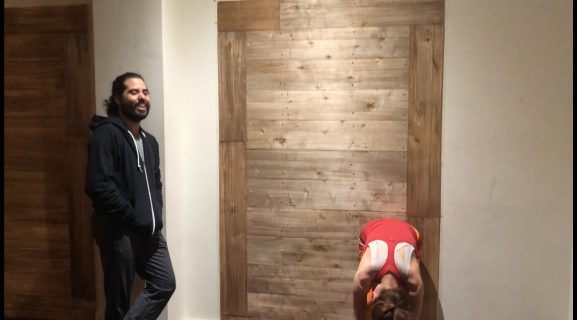 “I’m very conscious of myself as being a younger white person who moved into the neighborhood with no specific ties,” Sorger said. “But we try to put in effort to see more residents who have been here for generations to feel welcomed and included.”

“Welcome to the center of gold” as the mural reads, or in this case the heart of Philadelphia’s Fairhill section, located at the intersection of 5th Street and Lehigh Avenue. Fairhill has the highest concentration [Read More]

Contrary to its name, the wild ride that comes with owning Grace & Glory Yoga Fishtown is not always a smooth or graceful one for Brittany Everett. The yoga studio at 2220 Frankford Ave. is [Read More]

Community involvement is very prevalent in the Fairmount neighborhood. Being an up-and-coming area, many of the residents and business owners have different levels of experience in the neighborhood, but many agree that the residents tend [Read More]