For Gary “Goliath Curtesy” Moody, hip-hop is about pain and healing.

Moody has experienced his fair share of pain. When he was 16, his dad died of cancer. Moody found hip-hop as a way to express himself and his experiences, and reach others dealing with their own pain.

He was 19 when he went to Everquest for the first time. He grew up a few blocks from the Strawberry Mansion basement studio in the Johnson Homes on 25th Street and Ridge Avenue. Moody’s music is inspired by not only his experiences but the experiences of those around him.

“Naturally you want someone to hear your pain so that they can understand who you are and where you’re coming from,” Moody said.

If it weren’t for hip-hop, Moody said, he’d be confused in life. Music gave him an outlet away from drugs and alcohol, a way to deal with mental health issues and a family among other hip-hop artists in Philly.

“It (music) allows people to understand that we’re all the same,” Moody said. “If you’re going through something in life, you’d never know the person sitting next to you is going through the same thing… unless you listen to it.”

According to the Philadelphia Police Department’s crime map, 1,000 crimes have been committed in Strawberry Mansion within the last six months. But for longtime residents like Moody, the neighborhood is more than the crime that has long defined it, and hip-hop has been a safe haven away from it. 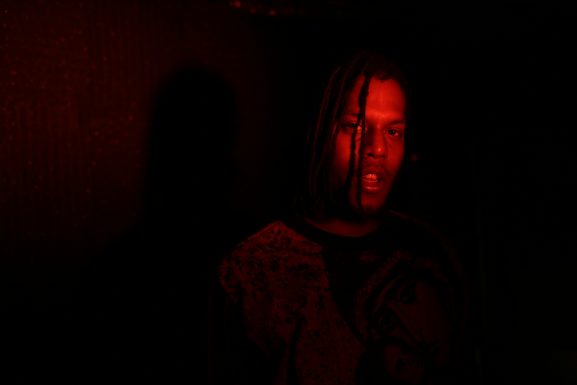 Rapper “Ace” has been coming to Quest’s studio for the past five years.

When he first started showing up, he spoke quietly into the mic, nervous about what other people would think of his music. Then one day, he got loud.

He describes himself as an underground artist. The raps he performs at Freestyle Friday are exactly that — freestyle.

“My music is strictly from the mic,” he said. “Once you hear it, that’s the only time you’ll hear it.”

Ace’s story is like so many others. He describes Quest and the other artists who come around the studio as his family. He says he can’t imagine what he’d be doing if it weren’t for hip-hop.

“It’s not just a little beat (or) a little rhyme. It’s a message,” he said. “I believe in every message that comes to this mic. Everyone has a story.”

Shariff “BODBK” Paxton never planned on being a rapper, but for the past 18 years he’s been coming to Everquest, being a rapper has just become second-nature. Now at 38, Rainey has been producing his music for years.

“It gave me something to do instead of being on the street,” Paxton said. “(Hip-hop) gave me an outlet.” 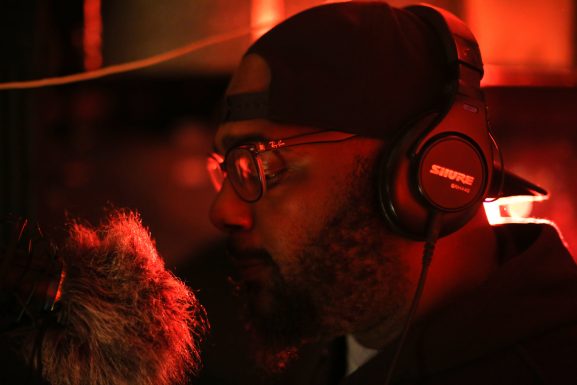 Paxton who is married with two children believes that in order to be a good rapper you have to be yourself, and that means rapping about your own lives and struggles. For him, coming to the studio and having hip-hop as an outlet has been crucial to helping him with a loss.

“The frustration of that comes out in the music,” he said. “If I need to yell through a whole verse, I have a place I can come regardless of what I’m talking about.”

Not only has music and Rainey’s studio influenced Paxton, but he believes it has deeply impacted other young people in the neighborhood who have their own traumas and personal issues to work out.

“Just because they’re young doesn’t mean they don’t have no stress, dealing with neighborhood stuff,” Paxton said. “They (young people) get to come here and let that out.”

Located in the heart of Germantown, the G-Town Radio studio produces a non-stop stream of content. The online radio station showcases variety of content ranging from Philadelphia hip-hop to dusty classic rock records and from [continue reading…]