Poland’s presence may have even preceded Christopher Columbus’ arrival in the Newfoundland with the navigation of the mysterious John Scolvus, sometimes referred to as John of Kolno. While a lack of records make this a disputable claim, it is clear that the Polish have aided America since its very beginning.

“The bond between Poland and the U.S. has been growing for 500 years,” said Michael Blichasz, president of the Polish American Cultural Center.

Oct. 1, 1608 (12 years before the Pilgrims in 1620) – The first Polish settlers arrived in America by invitation of Captain John Smith. The group that landed in Jamestown, Virginia were glassmakers looking to share their artisanal skills with the New World. The Polish glass industry established the first factory in America and soon after, glass cups were being exported to England. 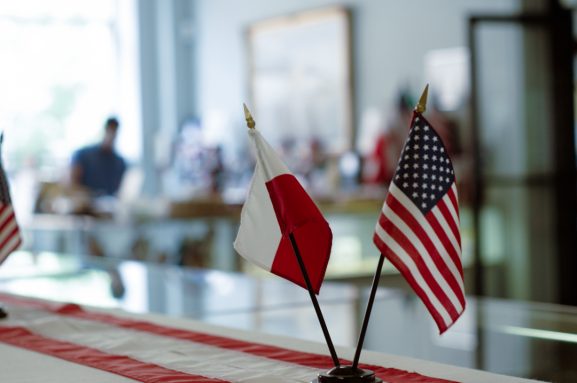 Oct. 27, 1682 – Philadelphia was founded by William Penn after signing a treaty with the Lenape Indians in modern-day Fishtown.

1750s – Polish cooks, carpenters and farmers came to the United States following the message that “the world is not flat.” Many arrived through the immigrant Port of Entry at Delaware and Washington avenues where they settled along the riverfront in South Philadelphia.

1776 – General Thaddeus Kosciuszko arrived in Philadelphia and read the Declaration of Independence, prompting a friendship with Thomas Jefferson.

1784 – Kosciuszko returned to Poland to after aiding the colonies in winning their independence.

May 3, 1791 – Poland established the second oldest democratic constitution in the world with Kosciuszko’s help.

1790s – early 1800s – The Polish farmers arriving in Philadelphia migrated to Bridesburg where they looked to recreate the farms in Europe.

1797 – Kosciuszko returned to Philadelphia as a hero, residing at 3rd and Pine streets where he often chatted with then Vice President Thomas Jefferson. The Kosciuszko House is is now a national monument operated by the U.S. National Park Service. 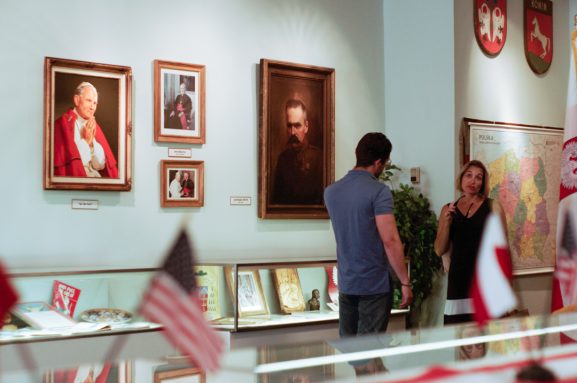 1874 – The Polish began to inhabit and establish a community in the Port Richmond section of Philadelphia.

1874-1910 – Philly became the “workshop of the world” after welcoming people from Europe to help contribute to the Industrial Revolution. Millions of Poles immigrated to the United States in search of better economic opportunities.

1908 – Polish American Social Services (PASS) are established in Philadelphia to address the human needs of immigrants arriving at the Washington Avenue port of entry.

1911-1920 – Philadelphia received an additional wave of Polish immigrants at the onset of World War I in 1914.

Aug. 14, 1929 – Modjeski opened the Tacony-Palmyra Bridge as immigration slowed with the Great Depression.

1945-1989 – America began to welcome European countries again as they rebuild following the Great Depression. Communists take over already devastated Poland and many flee to American cities including New York and Chicago. 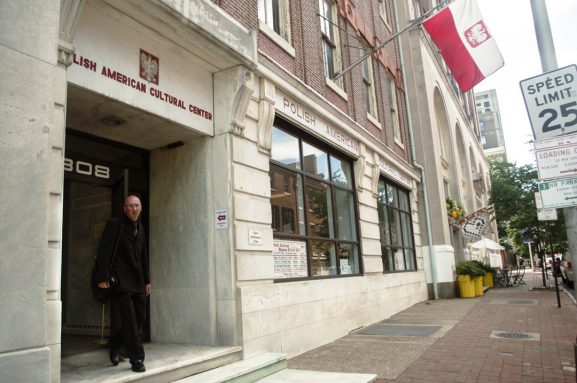 1981 – In February, the Polish American Cultural Center was founded at 24th and Brown streets in the Fairmount section of Philadelphia. That same year, Polish American Heritage Month was established in Philadelphia, promoting Polish culture and Polish-American history in the month of October.

1987 – Polish American Social Services and the Polish American Cultural Center moved their expanding efforts to their current location in the heart of Historic District at 308 Walnut St.

Aug. 9, 1988 – The museum exhibit at the Polish American Cultural Center officially opened to the public at 4 p.m.

The museum remains open, free of charge, 300 days each year and highlights Polish heritage in America in a digestible fashion for tourists from all stretches of the globe.

“We’re really the mosaic of the world in the City of Brotherly Love and Sisterly Affection,” Blichasz said.

– Text and images by George Means.

Even from the outside of 4014 Walnut St., you can hear the sound of beautiful music emitting from the Rotunda. With free admission and a small crowd of about 50 people, various forms of music [continue reading…]

https://vimeo.com/24823567] Founded in 1933 by Joseph Jankowski, the Polish American String Band has been entertaining audiences, both young and old, for decades with its traditional, powerful polka sound. Headquartered on the corner of East [continue reading…]