Manayunk and Roxborough are changing as their populations continue to get younger.

Both sections of the city have proved to be destinations for young people to live after they finish school, and more of them are choosing to buy homes in the area. As recently as 2016, the median age of residents in the Manayunk was 27.1, down from 28.8 in 2011, according to the American Community Survey. Roxborough’s population is older, with a median age of 34.8, down from 36.7 in 2011.

Steve Buzogany (pictured below), a local real estate agent and Roxborough resident, said that most of his client base consists of young adults looking to buy their first home. 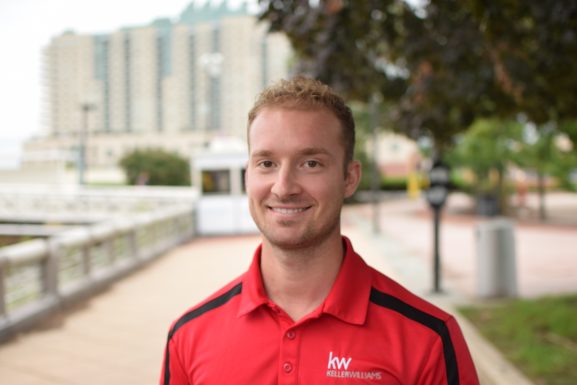 Value for the price is another reason many people might choose to buy a house in the area. According to Buzogany, the average price of a home in the area is in between $200,000 and $300,000, and property taxes in Roxborough and Manayunk are not as high as other, more expensive, parts of the city.

The housing market in the area has not always been like this, though. A little more than 20 years ago, Manayunk looked quite different, according to Kevin Smith, president of the Manayunk Neighborhood Council.

“Before the 1980s, you could not buy a home in Manayunk because houses were being passed down from grandparents to their family members,” he said.

Starting in the 1990s, according to Smith, the generation of people who would have inherited much of the housing in Manayunk and Roxborough began moving to the suburbs.

“Once grandparents passed away, the houses were sold and snapped up real cheap by investors which began this whole cycle of renting houses to college kids,” said Smith.

By now, in 2018, the cycle has almost come full circle as a wave of young people have begun to buy houses in the area and redevelop the neighborhood.

“Main Street was pretty rundown before I moved here in the 1996, but the availability of cheap buildings, of course, led to this investment in redeveloping these old low budget shops into a place where people would want come hang out,” said Smith.

Cost may provide one incentive, but size is another. Many of the houses in the area are larger than the row homes and apartments found elsewhere in Philadelphia.

“You can get a lot more space here for your money here, we used to live in Fairmount,” explained Karen Mondrosch, who has lived in Manayunk for two years.

The housing market moves back and forth between which party, owners or buyers, has the current advantage.

“It’s a seller’s market right now,” Buzogany said at a meeting, Home Selling 101, held on Sept. 24 at the Free Library in Roxborough.

The event was part of a rotating, three-part series held at the library by Buzogany. The other two covered the process of becoming financially independent and the process of purchasing a home. According to Buzogany, the meeting on home buying is the most popular. 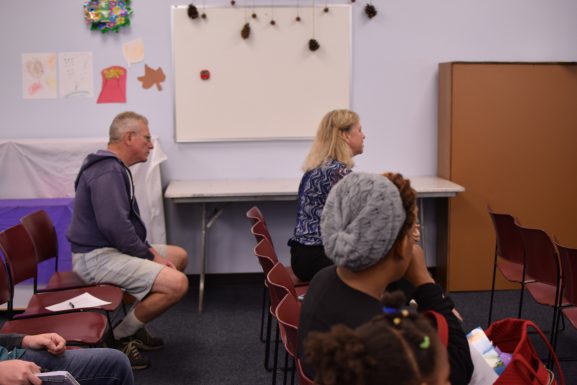 With four people in attendance at the meeting (above), Buzogany moved through his lecture focusing on the basic steps of selling a home: hiring a realtor, setting one’s expectations and negotiating with potential buyers.

He stressed that a seller must understand the value of their home and must make it presentable to potential buyers.

Buzogany mentioned how people looking to buy a home must have an understanding of their financial security and budget in order to make a good investment.

“I always say that the best way to buy a house is when you have 20 percent down, or more,” Buzogany said. “It makes your monthly payment lower,”

He also advised buyers to get rid of their debt as quickly as possible.

“If you can get a 15-year mortgage, then that would be way better,” Buzogany said. “That means you’re out of debt quicker, and that means you own your home outright. Which means you can’t be foreclosed on.”

A buyer’s ability to get a 15-year mortgage is dependent on their budget, however.

“If a 15-year mortgage is at or less than 25 percent of your monthly income, then you should do it,” Buzogany said.

Buzogany hosts an event at the library in Roxborough once a month, generally, and the meetings are available to anyone who needs to speak to a realtor, free of charge. According to Buzogany, he feels this is the way he can give back to his neighbors in the Manayunk-Roxborough area.

“I’m just going to help the community, in some way,” said Buzogany.

Proponents of development say since there is so much demand for housing in Manayunk and Roxborough, older people who held onto their property have the opportunity to make some money on their investment.

But the turnover in ownership has not been viewed as positive for everyone. Irene Madrak, executive director at North Light Community Center, has worked and lived in the neighborhood for decades and has seen waves of development displace locals in the past.

“I started to see long term renters were the first that were most negatively affected,” Madrak said. “And some of them were older folks.”

According to Madrak, the influx of new residents to the area puts pressure on infrastructure and those in the area have had problems with water and electric in the neighborhood before.

“Every place is being infilled, and the infrastructure — the city, you know — they’re always really behind on that,” Madrak said. “We had two transformers blow on the street this summer>”

According to Madrak, development isn’t necessarily a detriment, but it can be pushed too far.

“I think where we are now,” Madrak said, “the really big problem is that it’s getting to be overdevelopment.”

Manayunk: Friends of the Canal

When a local non-profit organization offers to host events dedicated to educating its citizens about environmental responsibility, it is rarely rejected. Since 1996, Friends of the Manayunk Canal has been operating as a source of […]

With its oldest location being located at 1515 Fairmount Ave., Project H.O.M.E has been a staple in the Francisville community for over 20 years. The Francisville location offers 48 rental opportunities, primarily for patrons with […]

Publicity will not be needed for condominiums currently under construction at Second and Oxford streets in South Kensington. “We haven’t advertised any of the buildings yet…because we have people lined up anyway. We’ll have it […]