Community members and Drexel University students came together to pick up leaves, throw out trash and begin planting flowers that would bloom by spring.

The initiative does cleanups twice a year — one in the fall and one in the spring.

Nidhi Krishen (pictured below) lives right across the street from Saunders Park. She’s been involved in Love Your Park since she originally moved to the city in 2003. She said parks are places where people come to take a deep breath. 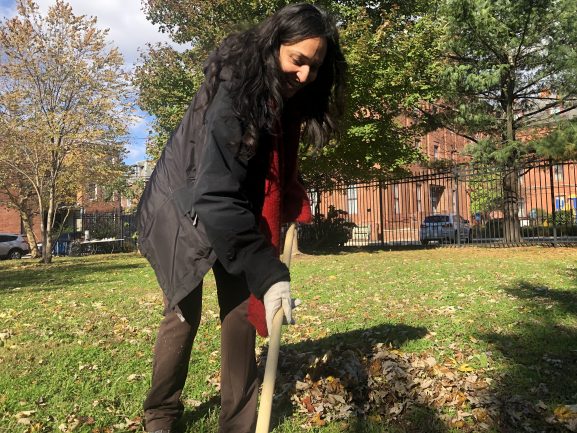 “I think our local urban parks are one of the most important parts in our city,” Krishen said. “We don’t think about them that much. You think of cities as buildings and sidewalks but cities without parks would not be as vibrant and alive.”

Saunders Park is one of the few parks in the city that is private and not city-owned. Penn Presbyterian Medical Center owns the park and is also a partner of Love Your Park. 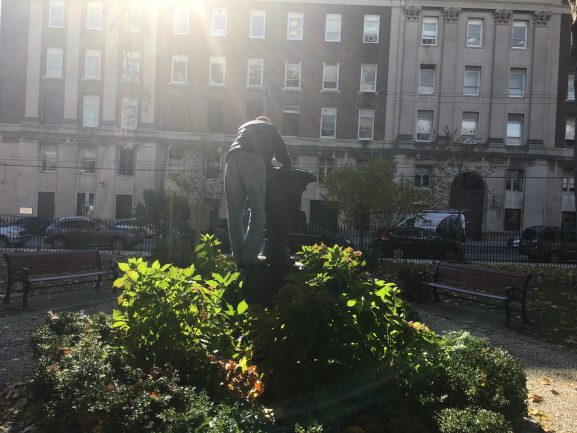 Gary Ginsburg (pictured above) works for the hospital as the director of support services. His other role is to lead the cleanups at Saunders Park. He refers to it as “a labor of love.”

“There’s not a lot of green spaces in West Philadelphia,” Ginsburg said. “Some days I get really down, seeing some kids who don’t care, but these kids here are here to give back.”

One student is Drexel University freshman Josh Dip (pictured below). He said he’s been working with the initiative since he first came to college in August. He considers this an escape from the stresses of school.

“I just love nature,” Dip said. “This is fun to me. When I pick up trash and see green, I love that.” 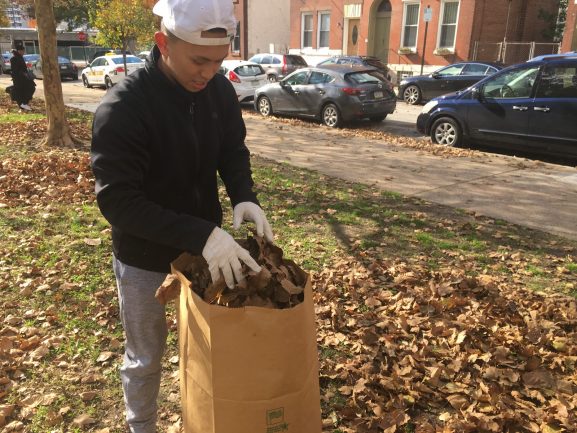 — Text and Images by Taylor Allen and Kaicey Baylor.

For 41 years, the 14-acre plot on Filbert Street between 37th and 38th streets was home to University City High School, Charles Drew Elementary School and The Walnut Center. Today, those buildings have been erased from […]

Laura H. Carnell Elementary School was one of four schools given approval by the School District of Philadelphia to redesign the academic structure of their school. The other schools are Chester Arthur Elementary, Jenks Academy for the […]

https://vimeo.com/44944449] North Light Community Center is often referred to as the “little engine that could.” This nickname reflects the operations of this nonprofit facility at 175 Green Lane in Manayunk where staff stretch limited resources […]