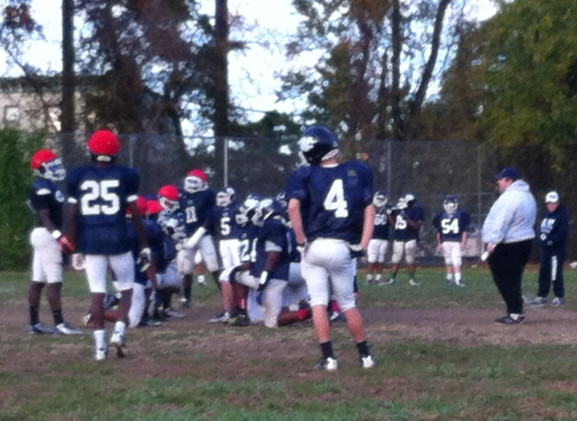 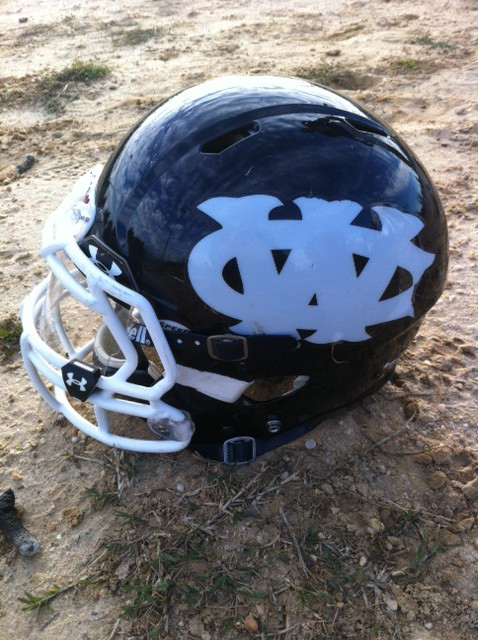 The West Catholic High School football has done it again. The Burrs have won an eighth, consecutive Catholic League title and now words like dynasty and tradition come to mind in West Philadelphia.

Head Coach Brian Fluck, a Temple University ’93 alumni, is quietly building not only a winning team but a winning culture within the program and the school.

“There’s a long tradition of excellence, not only on the football field but academically,” Fluck said. “You’re going to get a quality education. That’s the number one thing at West Catholic. The number two thing is, once they leave West Catholic, to get a secondary education and be able to do something with their lives.”

The Burrs have had plenty of success on the field. They haven’t lost a Catholic League game since 2006. But to hear a coach talk about success off the field and quality education is a breath of fresh air, especially in Philadelphia, where education in the city has taken a hit recently. Fluck has been around long enough – roughly 20 years at West Catholic – to know the importance of an education. If the young men are talented enough to play at the next level but aren’t educated enough to succeed there, then it’s a waste and Fluck doesn’t let that happen.

“If you look at it, a lot of our kids go on to college and are now playing Division I football,” Fluck said. “We probably have almost 15 kids playing in Division I right now.”

That includes Jalen Strong and Raymond Maples, who have both found great success at Arizona State and West Point, respectively. That number should increase with the likes of senior running back Greg White, who holds scholarship offers from Temple, Ohio and Buffalo, among others. Senior wide receiver Patrick Amara has committed to the University of Pittsburgh.

White and Amara are two of only nine seniors on the West Catholic roster. It’s one of the youngest teams in Fluck’s coaching era but the wins continue to pile up regardless.

“Since they’re a young team,” Fluck said, “I kind of press them a little bit more to make sure they know what it takes to win.”

“Coach Fluck usually doesn’t play younger guys so for them to come in and contribute is amazing,” Amara added. “Younger guys are stepping up this year.”

Winning one or two would be tough enough but eight straight? In most professional leagues, that would be unprecedented. How does a team simply dominate year in and year out like that without getting complacent?

“It’s just maintaining it each year to keep our edge, our hunger to win and making sure our kids don’t slack off,” Fluck said.

Slacking off isn’t really an option this time of year in the midst of playoff season. Fluck and Amara agreed that, while the league titles were great, adding a state title to the trophy case is much higher on the priority list. The team defeated New Hope Solebury in the Class AA Districts but lost to Imhotep in the city championship game.

The hunger and passion is what makes West Catholic football what it is.

“There are a lot of hungry players out here,” Amara said. “A lot of these guys come from rough situations at home so when we come out here, we forget about everything else and we play our hearts out. A lot of these guys have nothing to lose and everything to gain so they leave it all out here. I love the intensity and I love the passion of my teammates and I’d go out there and die for them on the field.”

West Catholic boasts a strong offense with the highest scoring offense in the league and a defense that came in second in scoring. But Districts and States have not been nice to teams from the Philly Catholic League and Public League in recent years. The Burrs will have a chance to change that and break through on the bigger stage.

“Coach Fluck has a great game plan, so we just have to go out there and execute it,” Amara said. “The biggest challenge is not beating ourselves.”

During a Monday practice at 26th and Moore streets in South Philadelphia, the Ss Neumann-Goretti High School Saints football team prepped for an upcoming game against Chester High. Throughout the drills, there was one player [continue reading…]

The sports cuts that were enforced at Temple University this past December had the Temple community—especially its affected student-athletes—feeling an array of different emotions. Some felt remorse and anger, while others felt as if [continue reading…]