Lighthouse Field is home of the Philadelphia Eagles. No, not the Eagles you’re probably thinking of, but the Eagles flag football team. Find yourself at the field on a Saturday and you may have a chance to see them in action.

The Eagles flag football team is part of MVP360, a nonprofit leadership development program based in Philadelphia that mentors children through athletics. Felix Agosto, the founder and CEO, hopes to give inner-city kids of all ages an opportunity to play sports. 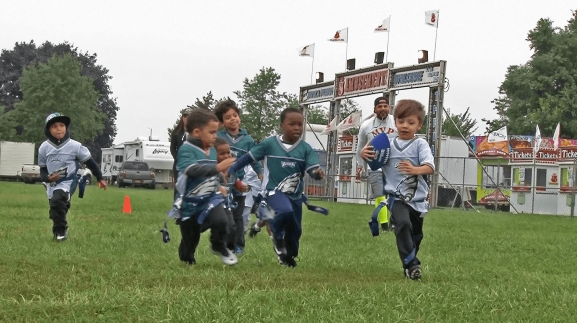 Agosto’s inspiration came from being a father. After getting his son involved in sports at a young age and noticing that it just wasn’t his “thing,” Agosto realized there weren’t many options for him outside of joining a travel team or a competitive league. Agosto started a youth sports program that focused on kids who weren’t always excelling at sports or those who were at a disadvantage geographically or financially.

“I feel like society has been focusing more on travel teams, and competitive leagues and trophies,” said Agosto. “In our league, we focus more on building the kids up as opposed to trying to get the best player and playing them.” 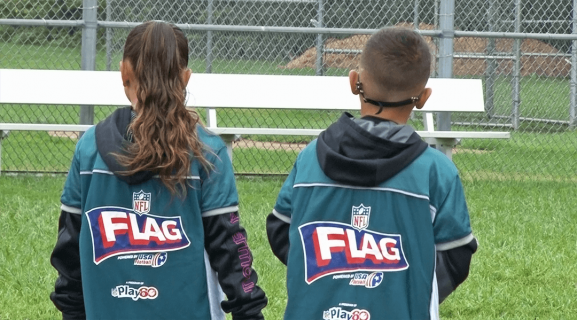 At MVP360, there is no “most valuable player.” It’s not about winning or losing, and the score does not matter.

“It builds up their confidence on so many levels,” said Alex Roman, a coach at MVP360. “When their number is called, they step up and do what they got to do. They become their own star, in their own way. And to leave with that confidence is priceless.” 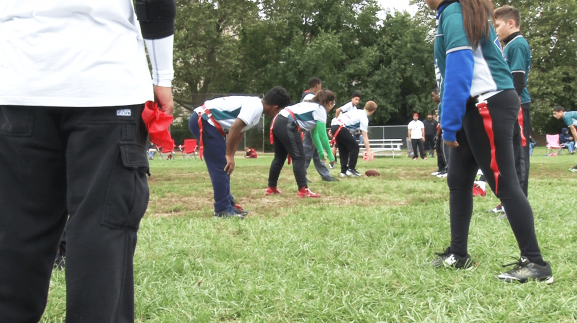 Since starting the program in 2012, MVP360 has had success not only on the field, but off the field as well. They were recently honored at an Eagles and Phillies game. They’ve had the chance to show off their flag football skills during halftime at Lincoln Financial Field. They even were able to attend Super Bowl 50 in California after submitting his son’s photos into a contest.

“Every year we come out here and do sports all-year round. And just knowing the impact we’re making is what’s really awesome about it,” said Agosto Jr., photographer at MVP360 and son of the founder.

Along with flag football, MVP360 teaches other sports at Lighthouse Field such as soccer, baseball, and softball. In Kensington, MVP360 also offers basketball at the KCAPA Gymnasium, and introduction to judo at Renzo Gracie Philly. For more information, visit www.mvp360.org.