In sports, one play can change everything.

For Tracy Yatsko, then a 17-year-old athlete for Tamaqua Area High School located in Schuylkill County, PA, that play occurred during a basketball game. Jumping for a loose ball, Yatkso hit her head against an opponent’s.

The result – a concussion.

According to Jefferson University Hospitals’ Comprehensive Concussion Center, a concussion is a brain injury caused by a force to the head or direct force to the face, neck or chest that is transmitted to the head resulting in disrupted brain function.

Following the play, Yatsko began having visual problems, nausea and a headache. With her team up 36 points, she and the rest of the starters sat out the rest of the game.

Those symptoms continued through the night and the next day at school.

Despite knowing that she had a concussion, Yatsko dressed and played her team’s next game two days later.

“I told my coaches that I had a concussion and was supposed to go to the athletic trainer,” said Yatsko, now a journalism student at Temple University, 10 years after that game. “But I said no because I’m an athlete and we suck it up. I wanted to be tough. All athletes are taught to be tough.” 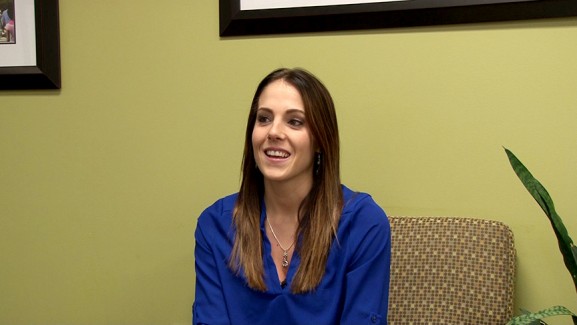 Yatsko said that she struggled during the warm-ups as she was unable to see the hoop and that the basketball court was spinning. She again reiterated to her coach that she did not feel well but pleaded to play because of the magnitude of the game. She felt she needed to play for the team to win.

Yatsko would finish the game but collapsed in the locker room soon after.

That was when the real trouble began.

For the next six months, Yatkso was all but confined to her couch. Unable to deal with light or loud noises, she suffered from constant migraines, had trouble concentrating and balancing and struggled to be active. Until two years ago, those symptoms continued to plague her.

“I missed 10 years of my life that I will never get back,” she said. “I decided to play the second game. Now we know that is a big no-no. You need the correct doctor clearances to get back onto the field or the court. Concussion awareness didn’t even exist 10 years ago.”

According to the University of Pittsburgh’s Brain Trauma Research Center, more than 300,000 sports related concussions occur in the United States annually. Once a concussion occurs, an athlete is four to six times more likely to suffer a second concussion. 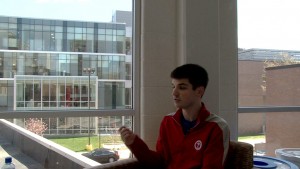 Nick Tricome received his concussion playing youth ice hockey at the age of 13. He fell forward and hit his head against an opponent’s skate.

“When I got my concussion, it didn’t really hit me until my grandpa took me to school the next morning,” said  Tricome, now a college student. “We were driving and I told him to turn around, that I wasn’t feeling good. When we got home, I started throwing up.”

Hitting and checking was not that big in the league Tricome played in, he said, as it was not really allowed.

“We were allowed to check people along the boards but nothing else really,” he said. “The jerseys even had a stop sign on the back above the numbers so when a kid got too close, they would back off instead of hitting them from behind.”

The issue of concussions in sports has become such a big topic among former athletes that lawsuits between former players and organizations such as the NCAA and NFL have been casted into the spotlight.

Recently, the NFL settled a $1 billion concussion lawsuit with its former players that will pay for testing and medical care for those players eligible.

Similarly, the NCAA settled its own lawsuit by reaching a settlement that established a $70 million fund to diagnose current and former college athletes to determine if they suffered any kind of brain trauma playing football, soccer, hockey, lacrosse, and other contact sports.

In their 2011-2012 Medical Handbook, the NCAA listed four sports where concussions are more prevalent than other sports – football, ice hockey, men’s and women’s soccer, and men’s lacrosse. It also noted that concussions “account for a significant percentage of injuries in men’s and women’s basketball, women’s lacrosse, and other sports traditionally considered ‘noncontact.’”

These numbers accounted for between 4 and 16.2 percent of the total injuries for those sports.

Mita said that while he sustained four concussions that he knew about, they were all while he was relatively young – one when he was 3, the second when he was 5, with the other two occurring when he was in the 8th grade from football and lacrosse. None affected him as badly as the one he saw happen to one of his teammates at Villanova.

“We had this goalie, Billy Hurley,” Mita said. “He had lost his starting spot. But in his senior year, the coaches had decided to give him another shot and put him in the game. Billy had already had, I think, four or five concussions before he got to ‘Nova and wore a special helmet his first three years. But wasn’t wearing it his last year. The first shot he saw – BAM! It hit him in the head. He fell and he got a concussion. It ended his playing career. He basically had to live in a dark, quiet room for a couple of months.”

With the issue of concussions being a contentious issue in sports today, Mita pointed out something he saw ironic.

“In the sports that I got my last two concussions in, the purpose of them is two hit the other kid as hard as you can, to knock them out,” he said. “It’s a weird double standard. But you hope that it never happens to anyone.”

A kickstand jammed its way into a windblown patch of grass at the top of a hill on Radnor High School’s campus. Black rotating tires on a three-wheeled stroller stopped spinning as a small baby [continue reading…]

Timoteo continues to grow. The Timoteo Flag Football League began in 2005 when three churches decided to create an outlet where the youth of Philadelphia could learn leadership skills. The three churches, Bethel Temple, Light [continue reading…]