The neighborhoods in Northwest Philadelphia are unique to the city. With signature cobblestone roads, rowhomes and Colonial-style architecture, this region represents historical Philadelphia’s journey to the present. Organizations and iconic sites in areas like Germantown have gone through journeys of their own – some flourishing, others not so much.

The Queen Lane Apartments were low-income public housing run by the Philadelphia Housing Authority. Once occupied with tenants, the building and adjacent park are vacant and locked off to the community as its future remains unknown.

2. The Pennsylvania School for the Deaf

The Pennsylvania School for the Deaf has served deaf and hard of hearing children since its founding in 1820. Previously used as a temporary office for President Washington, the school’s current Germantown location maintains the site’s historical essence. 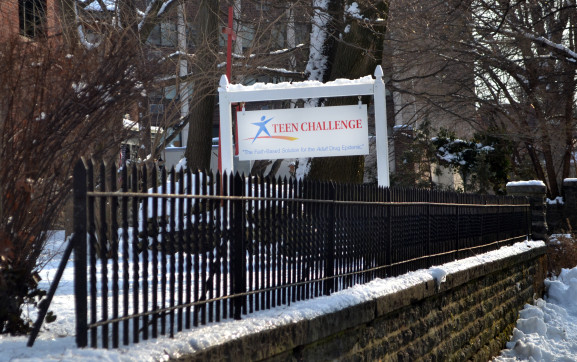 Through moral and spiritual development, the Teen Challenge organization is committed to rehabilitating young men and women into society.

Teen Challenge is a national organization that’s been in existence for more than 50 years. The organization’s goal is to fight the drug epidemic with faith-based solutions. The Philadelphia chapter’ “teen challenge” is a year-long program for men and women. The program is meant to help those it serves to escape drug addiction so they can go on to live productive lives.

Once the home of former U.S. Congressman John Wister, Vernon Park has seen its fair amount of history. Vernon, the Wister mansion, has served as a hospital for soldiers during the Battle of Germantown. The land was once noted for its rare trees and shrubs. Today, Vernon Park is in bad shape and littered with trash and debris.

Enon Tabernacle Baptist Church was founded as an expansion of a seven member Sunday school class in 1876. Today, the church, led by Reverend Dr. Alyn E. Waller, has a congregation of over 15,000 members. With 98 ministries, annual college scholarships and a faith-based summer camp program, Enon has also donated over $1 million dollars to various organizations seeking to combat drugs, gangs and human trafficking.

– Text and Images by Imani Abdus-Saboor and Charles Watson.

The Centers for Disease Control and Prevention, define food deserts as “areas that lack access to affordable fruits, vegetables, whole grains, low-fat milk and other foods that make up the full range of a healthy diet.” Most [continue reading…]

In 2013, the Lovett Memorial Library on Germantown Avenue in Mount Airy was selected as one of four Philadelphia branches to be a part of the Free Library of Philadelphia’s Building Inspiration: 21st Century Libraries [continue reading…]