Both the Delaware and Schuylkill river waterfronts are undergoing a transformation that has essentially been a century in the making. Places like Penn’s Landing and Schuylkill River Park are iconic waterfront getaways for residents seeking an oasis from the hustle and bustle of the city. Yet, there remains a handful of places that have stayed below the radar and that offer a variety of recreational activities. Best of all, they’re free!

If you’d like to literally wander from the beaten path off the Schuylkill River Trail, just head up Kelly Drive to and Brewery Hill and you’ll find the Glendinning Rock Garden (above). Spacious, serene and never as crowded as other popular resting spots on the river trail, the rock garden offers a place to picnic, play some music and simply enjoy the sights. It features an old, stone stairway surrounded by plant life and a glistening pond that connects to a small waterfall. 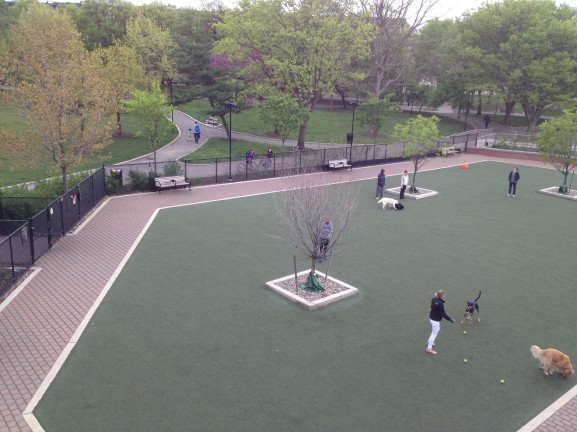 The Schuylkill River Dog Run is located directly off the Schuylkill River Trail at 25th and Spruce streets. It offers two fully fenced-in, off-leash dark parks. The smaller park is reserved for puppies and small dogs while all other sizes can enjoy the other, larger section. Although popular among Center City residents who live nearby, the park has started to see people from the suburbs as well as New Jersey come and let their dogs enjoy the company of one another.

A large community garden sits to the left of the smaller dog park, and both offer scenic views of the waterfront. The park is a great place to sit around and watch the pups play, even without a dog. 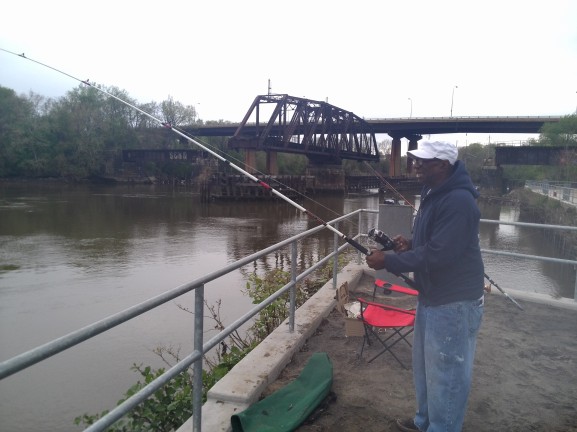 If fishing is your pastime, check out the Grays Ferry Crescent Trail Park located under the Grays Ferry Avenue bridge. The trail was only completed in 2012 and since that time, it has remained a quiet spot that local fisherman like to frequent. A 60-year native of the area known as Hubba-bubba said he just found out about it a year ago.

“There’s no riff-raff, all fishing people,” he said. “Everybody is nice. They like to come down here and have a good time.” 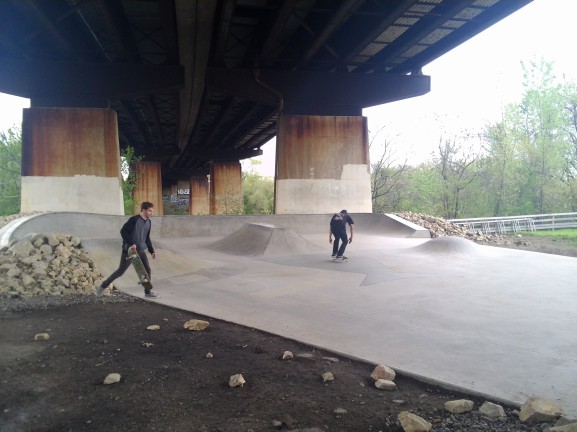 For those who enjoy skating, the small Grays Ferry Crescent Skatepark is a great spot tucked under the Grays Ferry Avenue bridge. While Paine’s Skatepark has received all the attention lately, being that it is larger and located in Fairmount Park, its little-known cousin has become a place to get away from the crowds that often make a big park feel small. The 3000-square-foot park was opened to the public recently in August 2013 and offers the benefit of being directly under the bridge, thus allowing skaters to keep rolling when it’s raining. 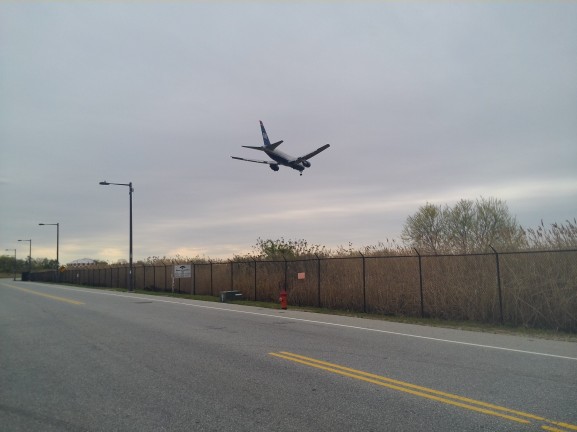 As you come upon the confluence of the Schuylkill and Delaware rivers, take a detour to the Philadelphia International Airport. Head to the entrance of Fort Mifflin, but stop and park on Fort Mifflin Road. You can park yourself right under the path of descending passenger airliners. The planes descend, one after the other, every three or four minutes and it’s quite a sight to see the pilot make final adjustments to the aircraft before he/she lands. 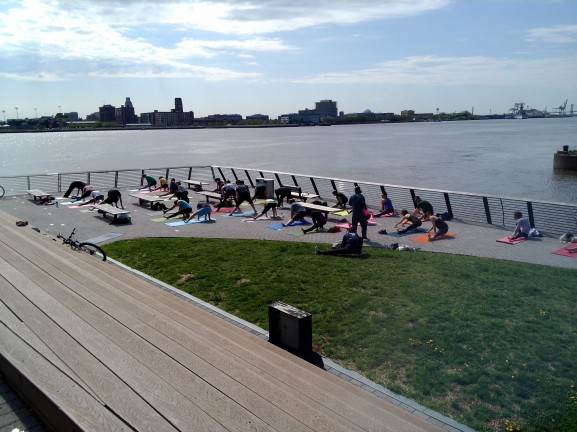 Head over to Race Street Pier on the Delaware and you will find a free event held every day of the week, except for Wednesdays. Yoga on the Pier began this year on April 5 and will go to August 31. Dhyana Yoga and Kaya Aerial Yoga, as part of a collective of Yoga teachers known as Yogis United, teach hour long sessions.

It is BYOM/B, which means bring your own mat and block. The classes take place at 7 a.m. on the weekdays and 9:30 a.m. on the weekends. An evening class is also offered Thursdays at 6 p.m. 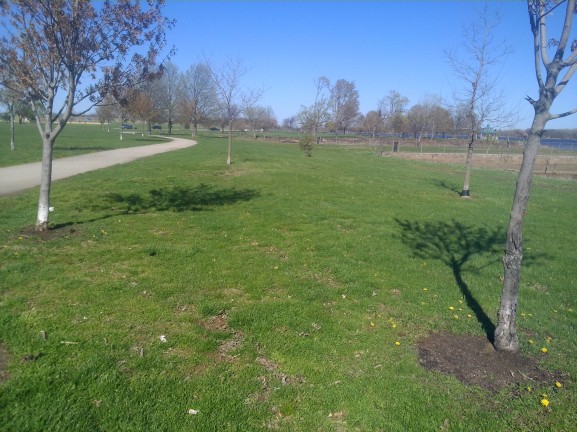 Finally, if nature watching is your thing, head over to the Pennypack Trail up north where Pennypack Creek meets with the Delaware River. The area is a hotspot for locals to ride their bicycles, picnic and fish. The spot is also great for bird watching. Besides the expected sights of ducks and geese, residents have reported seeing different breeds of swallow, as well as gulls, hawks and even an Eagle. It’s nest is reported to be along the Pennypack Trail.

The original city plans laid out on a map by William Penn only included the area between the Delaware and Schuylkill rivers between Vine and South streets. People, however, settled outside of those areas, including what [continue reading…]