Stacy Redmond remembers when one of her neighbors used to unplug the fire hydrant on her small South Philadelphia block. Kids would play in the water, trash and grime would be washed away along with troubles at work or home. She knew all her neighbors, her neighbors knew her, and they looked out for each other. If a single mother needed a babysitter so she could go to work, someone would always be there. If she needed someone to watch her dog, someone was willing to do so.

For those who’ve lived in South Philadelphia for decades, South Philly has always been a tight-knit, family-oriented neighborhood.

Bouvier Street dots and appears on a stretch more than 10 miles long and through nine different zip codes in Philadelphia. One of the most fascinating blocks on Bouvier is the south 1000 block, located between Carpenter Street and Washington Avenue in the Graduate Hospital neighborhood. New development and investment opportunities have brought an influx of new, young residents to a historically generational neighborhood.

But when new construction and rapid immigration of new people with different values and customs began integrating with people who’d lived there for decades, conflicts arose.

Redmond, who’s family has owned their house on the block for more than half a century, said the change has had a negative effect on the neighborhood because people who aren’t from the neighborhood don’t understand the people already living there. Recently, new residents who weren’t familiar with the practice of unplugging the fire hydrant called the police thinking there was a water main break, illustrating the disconnect between new residents and old.

“The block once had a family atmosphere, but it’s something else now,” Redmond said. “Now you don’t even know who your next door neighbor is. It’s horrible. You don’t even want to sit out on your step. Kids used to run up and down the street, you could converse with people. Now it’s desolate.”

Dee Leonard and Augusta Davis are sisters who grew up on South Bouvier Street and have witnessed the changes the block has gone through first-hand.

“We didn’t have a lot of crime. The older people were our parents, so when they saw you doing something you shouldn’t be doing, the parents automatically knew,” Davis said.

https://vimeo.com/98591609 w=500 h=367]
Bouvier Street started to deteriorate in the 1960s and ’70s when the drug culture started taking over South Philadelphia, Davis said, a problem that would continue to worsen in the 1980s and 1990s. The drug culture would eventually leave as new changes crept into South Philly.

Leonard, who moved back to the area in 2006, said the changes to the neighborhood surprised her.

“For the first time I saw gentrification up close and personal. They were taking the neighborhood and building it up,” she said. “There were lots of displaced families. Things that were common to [longtime residents] were no longer common.”

Most of the longtime residents on Bouvier Street echo the same sentiments – the new residents are not friendly and don’t care to foster relationships with their neighbors.

So far in 2014, two Bouvier Street homes have been demolished, two others sold and four are currently listed for sale. Another home sits vacant, sealed by the city. Vacant lots that sat undeveloped for decades have been filled in with row homes. 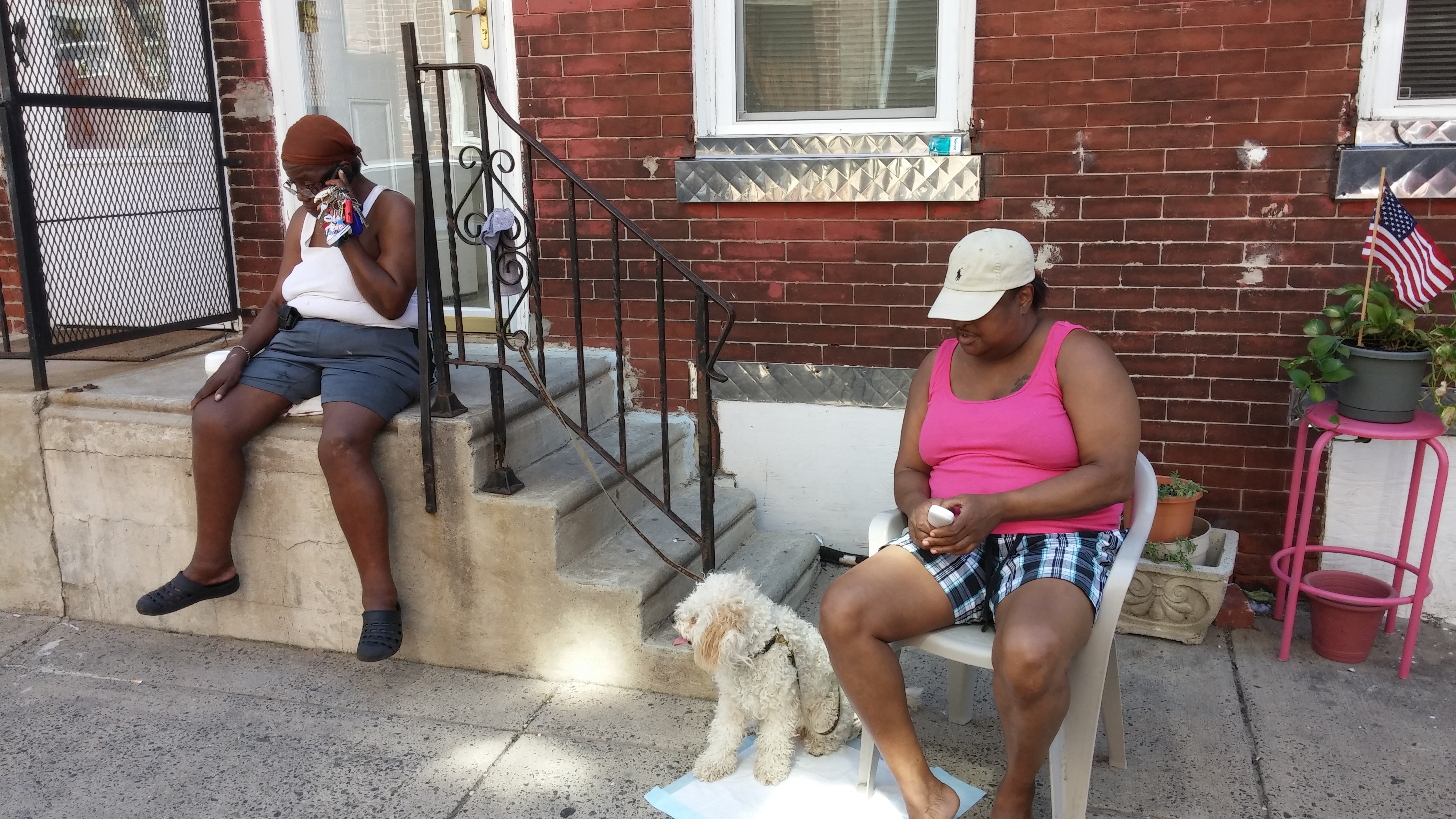 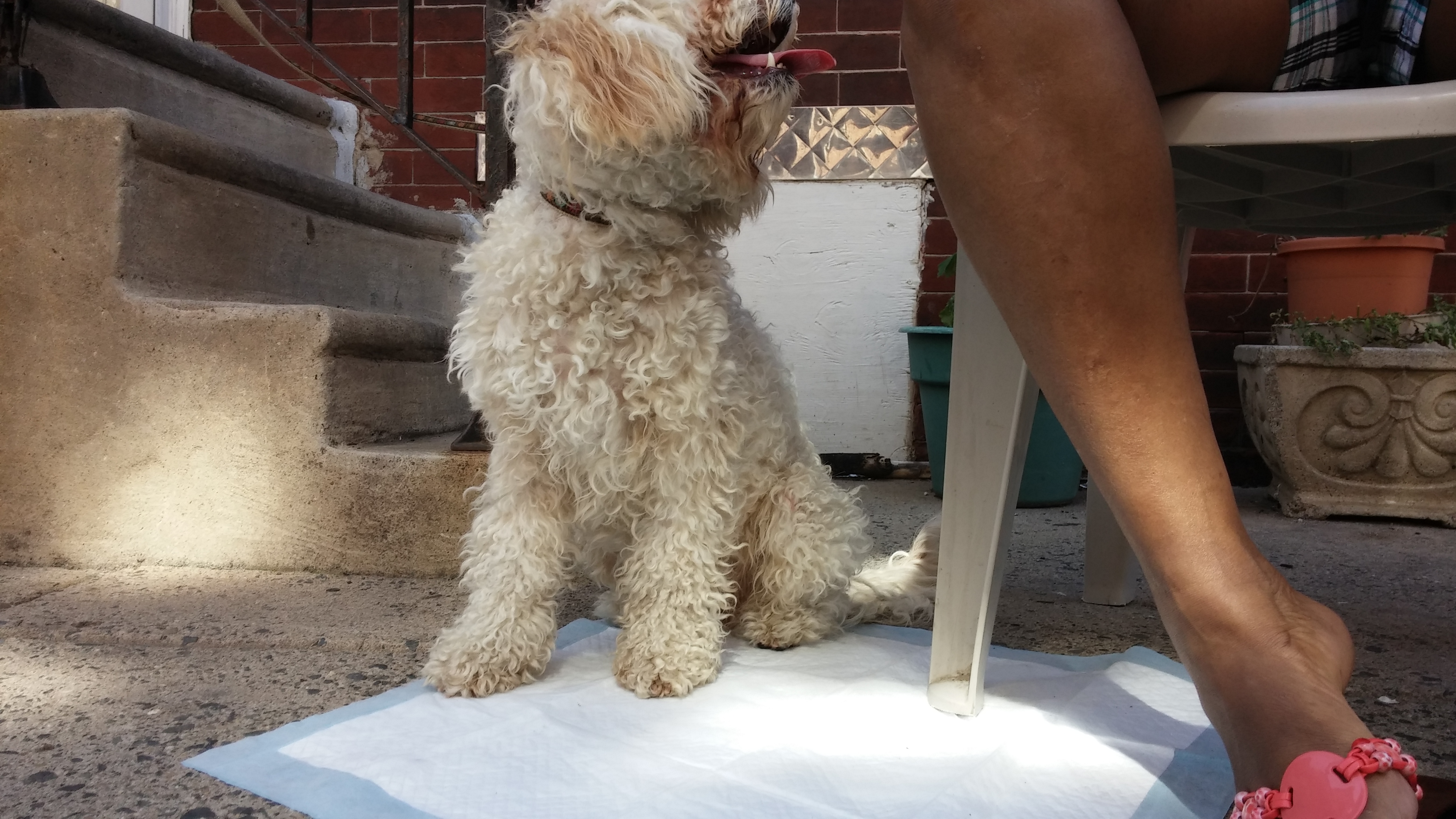 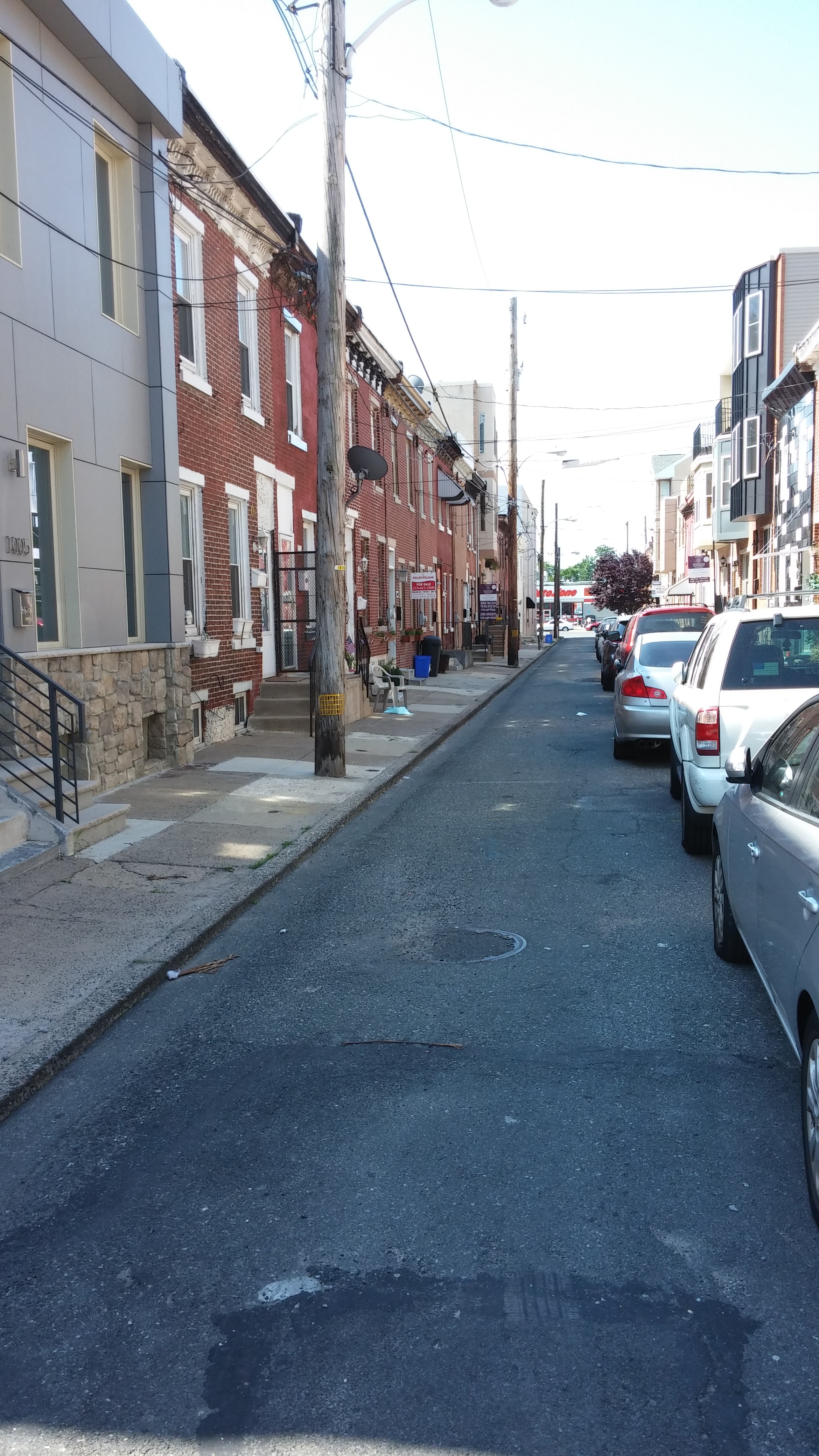 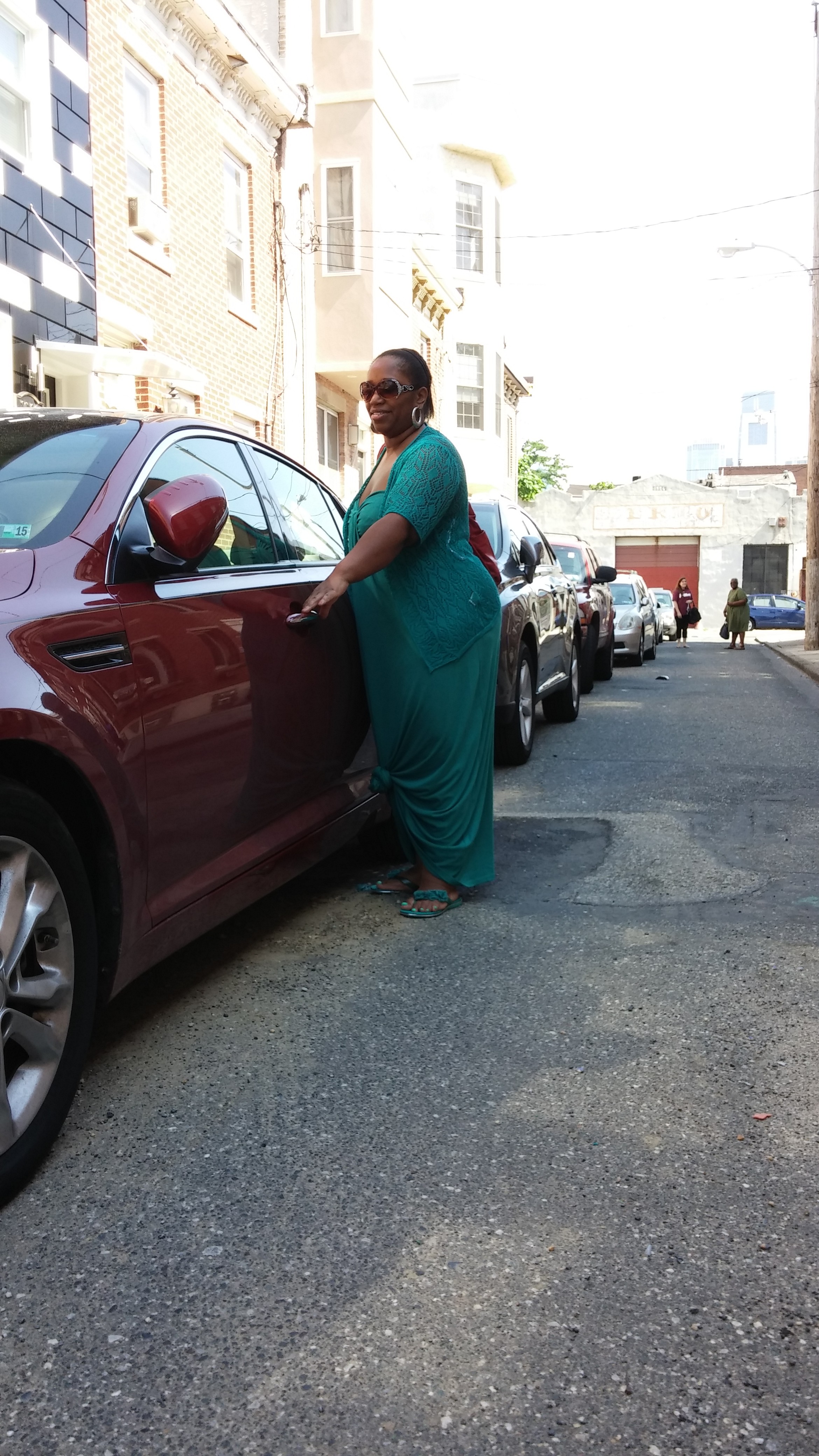 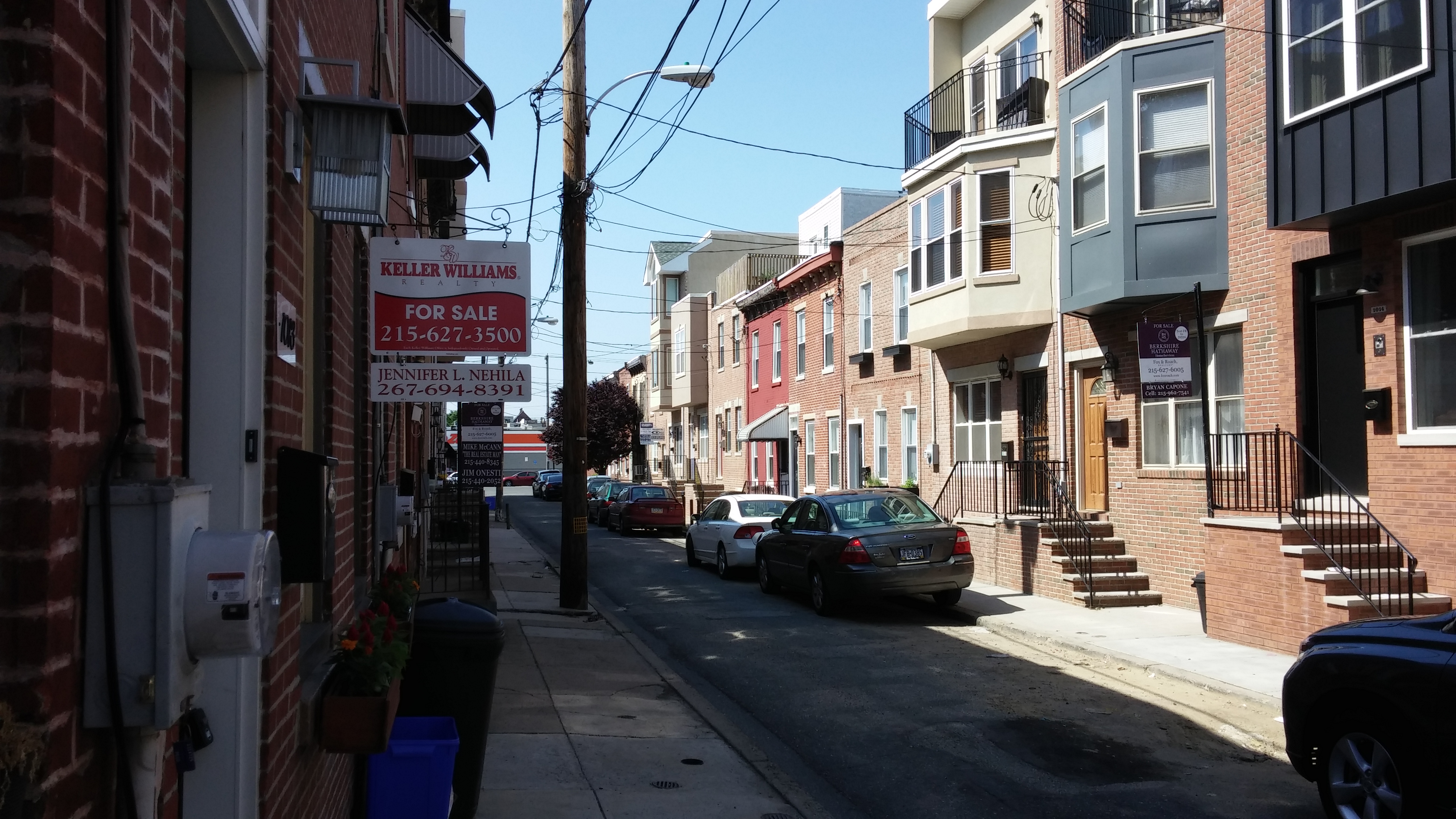 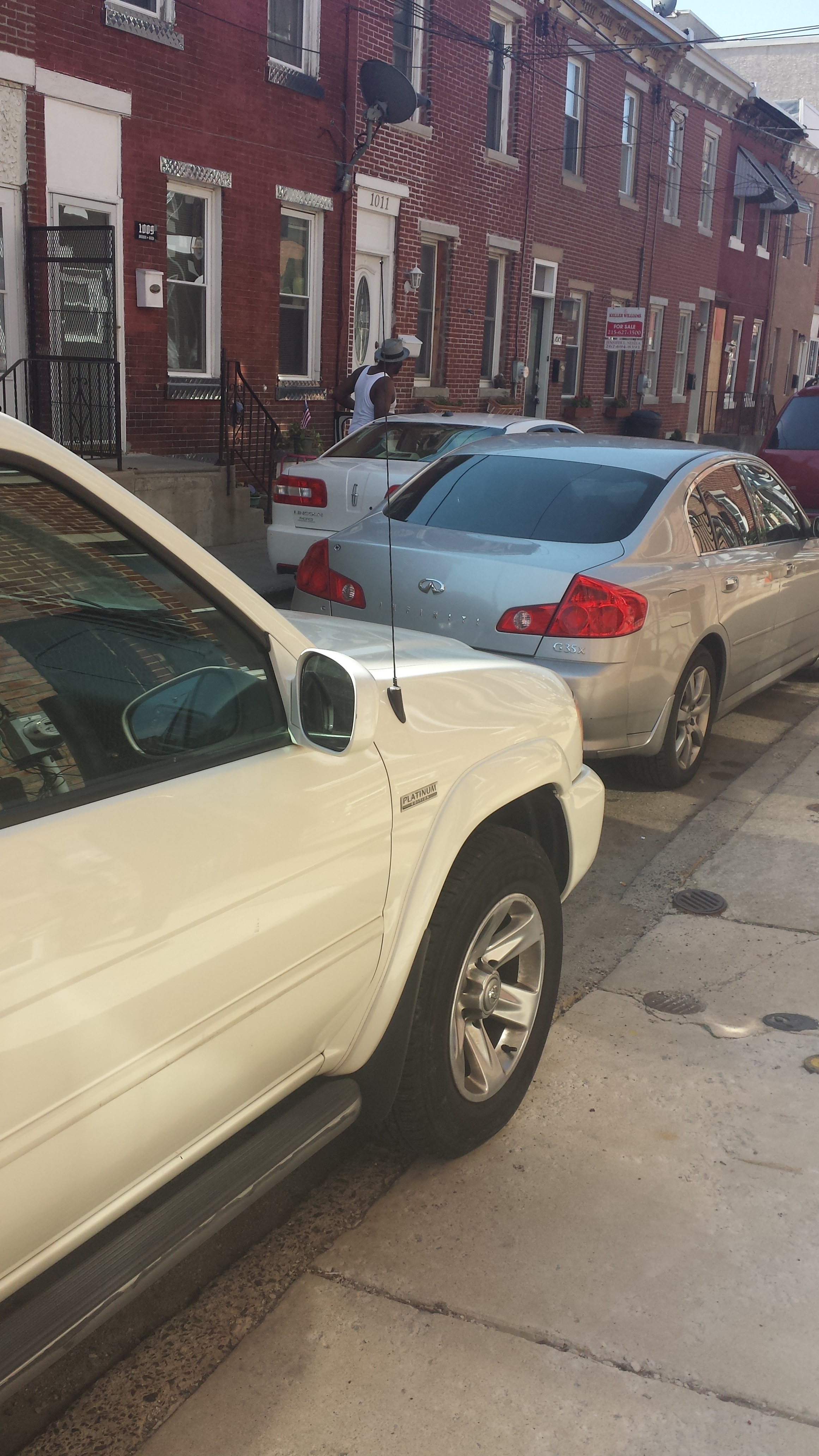 <
►
>
Princess and her owner, Cheryll, sit outside and greet passerby

The development of homes stems directly from the city’s tax abatement initiative, meant to encourage new construction and renovation of homes. The initiative directly impacted the residents of Bouvier Street, as previously vacant lots were quickly built up and sold for hundreds of thousands of dollars driving up property values and taxes for neighbors.

Residents saw their property taxes rise more than 400-500 percent this past year, and housing values double or even triple. The tax hike prompted strong reactions from some longtime residents, such as Karen Watkins, committeewoman for the block and the surrounding area.

“It skyrocketed,” she said. “But I wouldn’t let them do that. I told them in person to bring it back down.”

Watkins took advantage of the new tax abatement plan now offered to longtime residents who do not want to renovate their homes. The plan let’s them continue paying the rate they’ve previously paid for 10 years, similar to the program for newer residents.

Redmond also took advantage of the abatement, but said she thinks Bouvier Street will see a cyclical effect because the new residents aren’t staying long term.

“They never stay longer than five years,” she said.

Executive Director Wes Tudor and his group of instructors at Raja Yoga and Meditation Center of Greater Philadelphia are breaking down financial barriers and changing perceptions surrounding yoga one downward dog at a time. In [continue reading…]

Graduate Hospital: Residents Hesitant to Decorate Due to Vandalism

Everyone knows the phrase that pays this time of the year, “trick or treat.” But some people around the Graduate Hospital area have taken the “trick” part a bit too literally by destroying and stealing [continue reading…]