Tattered boxing posters of yesteryears famous boxers posed in their toughest stance around the Irish Catholic cross hand-painted in the middle of the bright blue boxing ring.

“I try to repaint it before we have a big fight,” Frank Kubach said as he motioned towards it. “The mat is an original, one of a kind.”

Located above a beer distributor on a quiet stretch of Clearfield Street near Frankford Avenue, two signs above a large gray door indicate the location of the otherwise underwhelming exterior. Kubach, 74, has spent the last 25 years keeping up Front Street Gym, a boxing gym, collecting dues only to keep the electric, heat and phone on.

But Frank Kubach’s relationship with the gym began much earlier. Kubach grew up in Kensington, where he attended the now-closed St. Anne’s High School where he was expelled for fighting. Around that time, his barber suggested he begin training at the gym’s original location at Front and West Widley streets after showing his fighting prowess as a “street brawler.” 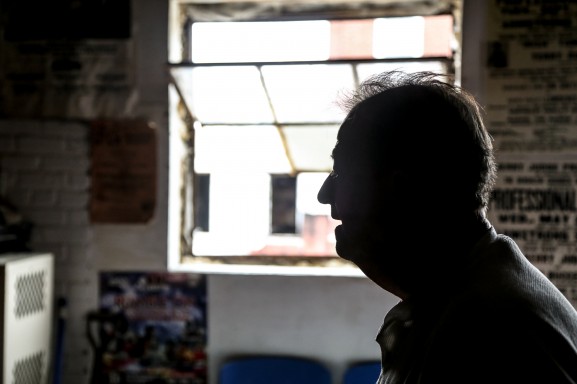 “I think if I had my heart in it I might have been better, maybe turned [professional],” Kubach said.

After serving in the military and going through some “wild years,” Kubach returned to his hometown and began training his nephew. Soon he was approached by former owner Vic Cappuccino who offered to sell him the gym. 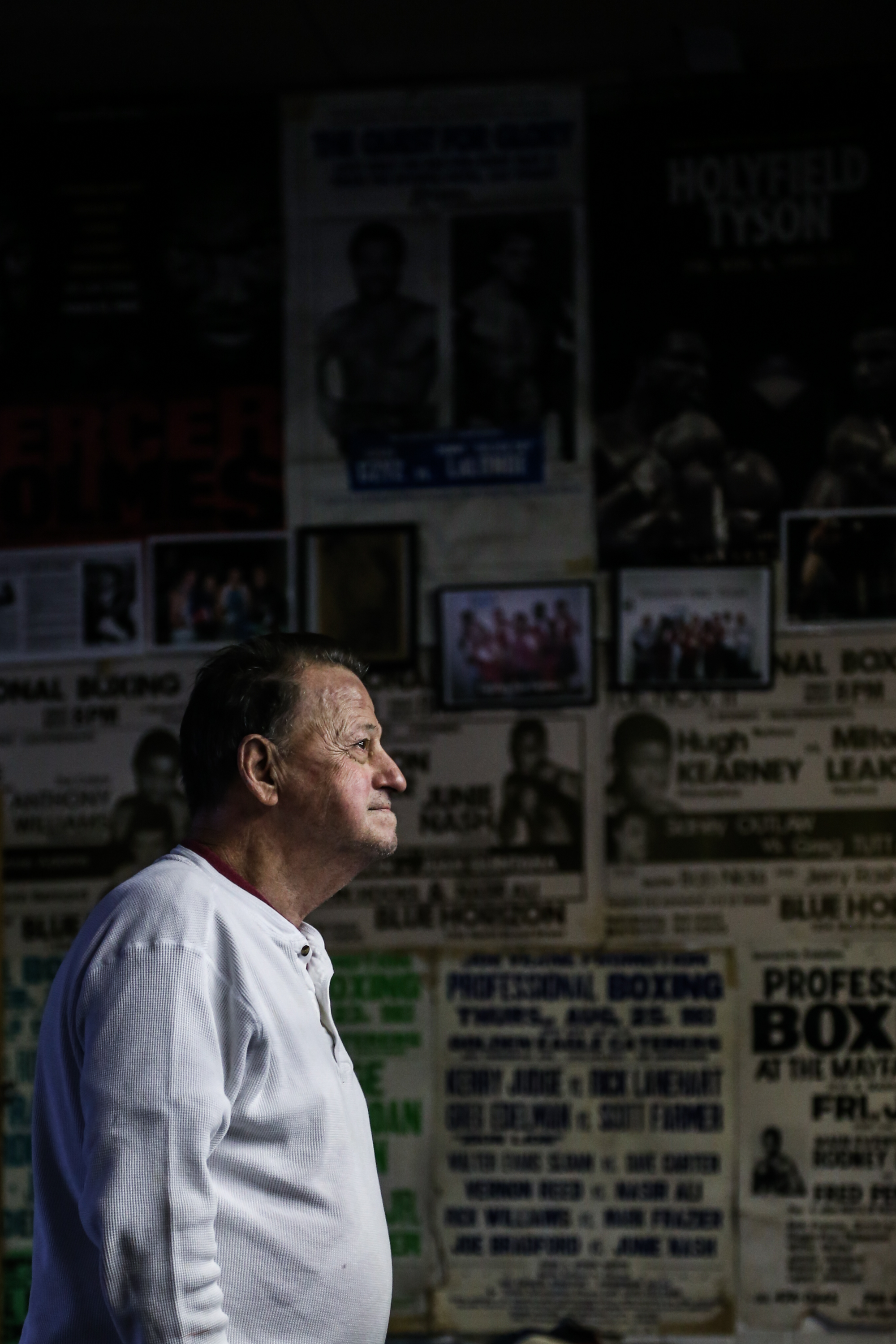 Two weeks and one handshake agreement later, Front Street Gym was Kubach’s. He went to work on fixing up the gym, increasing the number of training bags from just handful to 13 and restoring the gym’s ring in an effort to emulate famous boxing gyms like Detroit’s legendary Kronk Gym.

“I always wanted my gym to be like Kronk Gym,” he said. “At one time I had so many champions in here I thought it was going to be like Kronk. We had a lot of good fighters up in here.”

Today, Kubach struggles with the everyday expenses of the gym. Despite having his electricity and gas intermittently shut off due to late payments, he refused to collect dues from fighters under 18 so that kids have an opportunity to train.

“I never took a dime off of one kid, only dues and that’s to keep the gym going, but as far as anything else I never took anything off any kid,” Kubach said. “I get mad if I find out a kid’s paying, like if a kid’s 14, 15 years old, I tell the guy he can’t charge this kid.”

Kubach fondly pointed to a photo of a baby in a crib donning boxing gloves. Kubach has a son of his own who after growing up hanging around Front Street Gym is now training to be an MMA fighter. After attending several of his son’s fights, he no longer goes because of the complicated relationship of fighting and blood.

“Father and son don’t really match in the ring,” Kubach said. “It works, sometimes it don’t, a lot of times it don’t, I’ll put it that way. His trainer thinks the world of him, thinks he’s gonna be something one day. I hope I get to see it.” 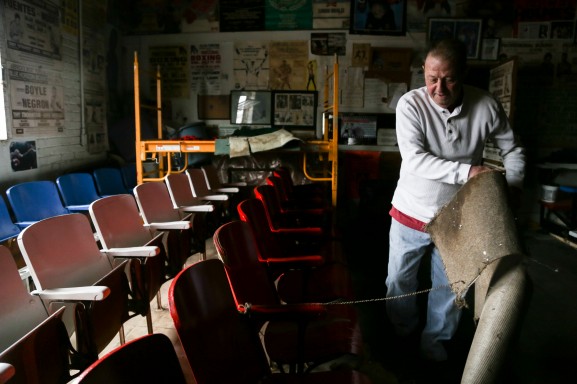 About a year and a half ago, Kubach underwent a bypass procedure that kept him out of the gym for almost seven months. During that time, the gas was cut off due to late payments, but recently, Kubach got a $450 estimate to clean the carpets of the gym which have never been cleaned.

“I vacuum every time I can, people say they’re going to come up and [clean] but they don’t do it. We’ll see what happens, but I know I’m not paying $450, I don’t have that,” Kubach said.

Recently, dues have been raised, set at $20 a for amateurs and $30 for professional boxers, all the money Frank Kubach collects goes toward keeping the lights on. However, when a promising young boxer who trained at Front Street fell on hard times after being injured in a car accident, Kubach reached out to help her financially, something he attributes to the strong relationships boxing cultivates.

“When she needs something, if I have the extra money or I could take her to the store, I’ll take her. That’s the bond,” Kubach said. 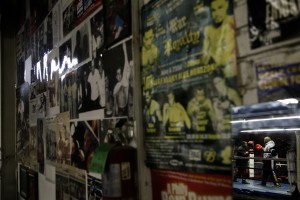 The walls of the Front Street Gym are layered in hundreds of posters advertising boxing bouts spanning decades, trainers and fighters talk over the constant thumping of glove striking worn leather bags.

“Boxing, whatever religion you are, you fight a kid in a ring, you’re a friend,” said Kubach.

Kubach stood ringside smiling as a trainer barked directions at a student.

“This is a good gym,” said Kubach. “It always was. Always good people.”

– Photos, text and video by Andrew Thayer and Patrick McCarthy.

Port Richmond: This Week In The News — New Executive Director At Beat The Streets, The Next Hot Neighborhoods in Philly And Lost Dogs

A little more than a decade ago, Anthony Dickerson found himself in a Pennsylvania state prison serving a ten year sentence for racketeering and narcotics distribution. He described prison as place full of cliques. Like [continue reading…]