As a former Philadelphia Flyers reporter and current host of The Comcast Network’s “Breakfast on Broad,” Sarah Baicker is more than just a staple of Philadelphia professional sports media.

Baicker, who spends most of her on-the-clock hours at the Wells Fargo Center, is not just talking about the latest news in sports on your TV, she’s also busy in the local communities of Greater Philadelphia and Harrisburg. Baicker is proving that ice hockey is no longer a boys’ club by coaching Edge Performance Hockey’s first-ever program for girls. 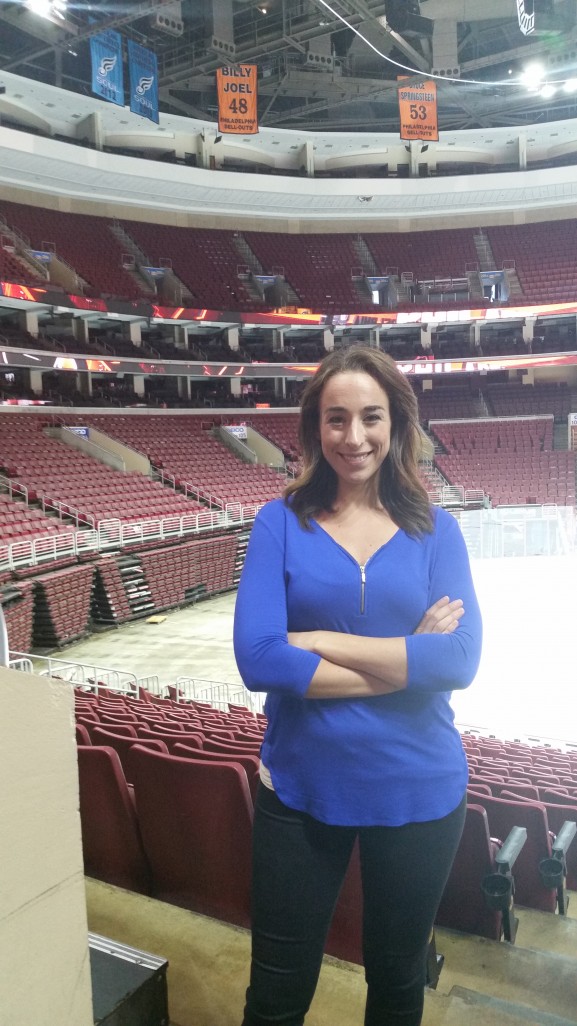 What is the Edge Performance Hockey Camp?

I wanted to do something myself – from the ground up. It started out as a project with my lawyer and he hooked me up with Freddy Cassivi who ran the Edge Hockey Camp. He wanted to start a girls’ camp but he didn’t know how to get started. It was a great partnership and I think it was a great success.

Are there any other female coaches at the camp?

I invited a girl named Jamie Brumberger. She grew up playing in the same league that I did but she’s about 10 years younger than me. She came out to help coach for two days. We were the only two female coaches. I had some other guys who run the edge camps come to assist. I was the only person who was there all five days from 8 o’clock in the morning to 3 p.m., nonstop with the girls.

What skills do they learn at the camp?

We do a lot of basic hockey skills. Especially at this age. The ages ranged from 7 to 15. In summer what you want to be focusing on is tuning up your skills. I don’t care if you’re 10, 20, 30, 40 years or in the NHL, the basics are important. Like skating, passing, shooting, flexibility and balance. What was really important for me to do was work on strength training for the girls. In hockey that really seems to be where we’re lacking compared to the boys.

What inspired you to get involved?

The whole thing came from when I covered the Flyers as a reporter. I remember having this epiphany back in 2010. It was a packed game and I looked to my side in the press box and there were 50 or 60 people and all of them were men. There were a few women who worked in PR or helped the Flyers out, but none of them were reporters. I remember this moment really resonated with me. Shortly after, I got a message from a girl I grew up playing with and she said she wished it had occurred to her to work in hockey. She never thought there was a place for women. I wanted to do something that sort of helped remind the next generation that if you have a passion, opportunities do exist. Just because you’re not a man doesn’t mean you can’t have a career that revolves around it. 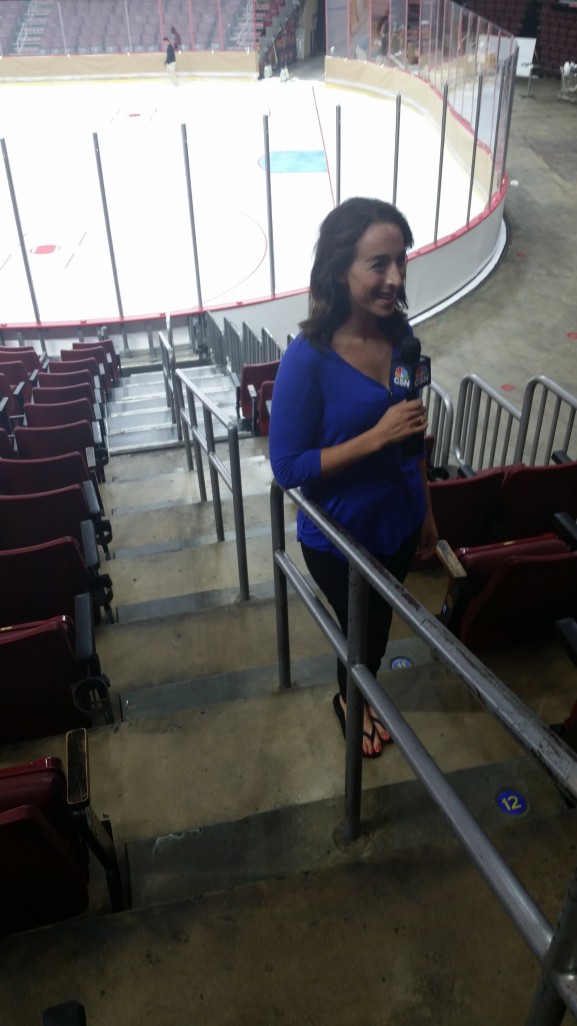 What is your background with playing women’s hockey?

I started playing roller hockey when I was 11 or 12 and quickly picked up ice hockey – a little later than these kids who start playing when they start walking. But I started playing hockey right around when the first ever Olympics [with] women’s hockey [in] 1998. I’ve been coaching for a number of years and I helped coach the Ed Snider Youth Foundation girls’ practices. 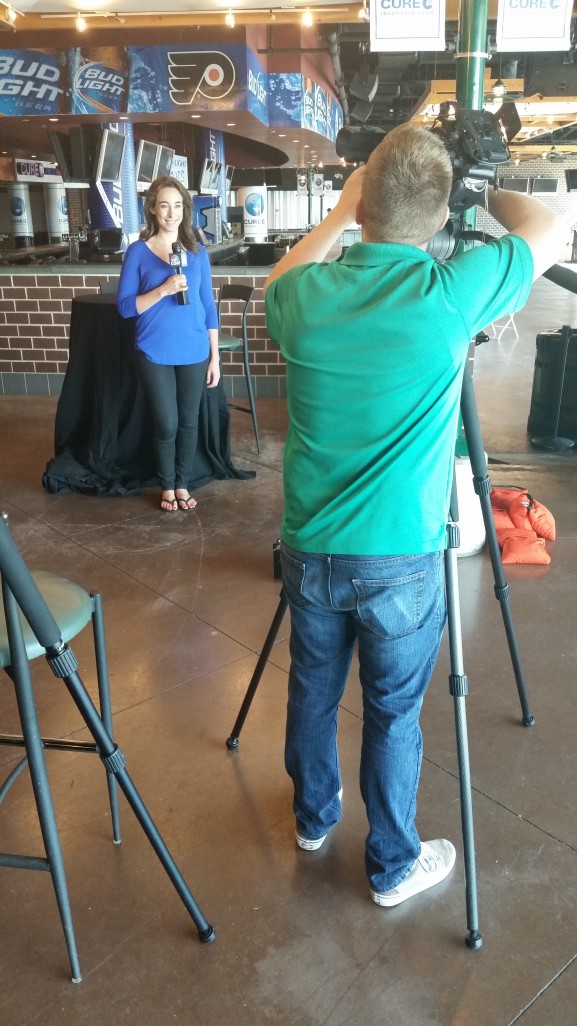 The NWHL, which is starting this year, is the first professional league where women are paid salaries. The sport is certainly growing and everywhere I go there are more young girls playing and learn-to-skate programs. There just weren’t enough back in the day. We are definitely getting there.

– Text and images by Tom Beck and Rachel Style.