Entering the Norris Square Neighborhood Project (NSNP) is an experience in itself. With bright colors, the side-by-side row homes create a place that becomes a safe haven for youth in Kensington. Through numerous after-school programs, garden projects and summer work opportunities, the NSNP works to support and bring together the Latino youth community. 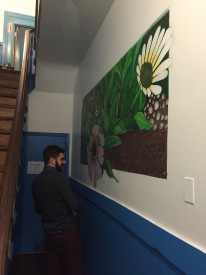 Justin Trezza, the executive director of NSNP, has been all over the world working with Latino communities. Trezza graduated from George Washington University with a degree in Latin American culture and politics and anthropology.

After college, he joined the Peace Corps in Honduras. There, he focused on soil conservation techniques, pest management and crop diversification, which would later influence his passion for gardens at Norris Square.

After staying in the Peace Corps for an extra year, Trezza decided to travel back to the United States to continue his work with Latino communities. After a long time away from the States, he worried about the transition of going back home and adjusting to life after so many years of service. He recalled how most of his time was spent in places that didn’t have running water or electricity.

Trezza worked as a field director at a sustainable harvest organization and then as a field organizer at Greenpeace, an environmental nonprofit, when he returned home from Honduras.

He started at Norris Square in 2013 and was surprised by how little Spanish he had to use. NSNP, which has been around since 1973, was a beacon of close-knit, Latino community culture tucked away on North Howard Street. As a white man, Trezza initially expressed trepidation in coming into a community that was predominately Puerto Rican. 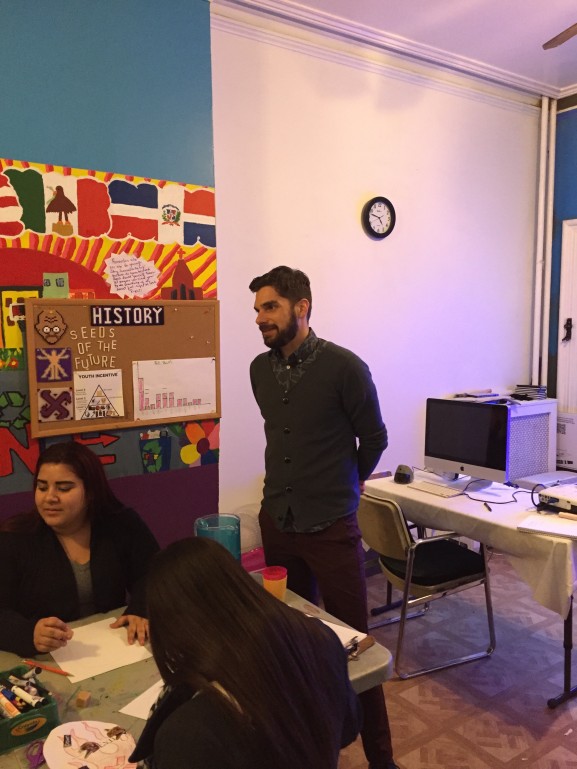 Trezza explained that there are many issues in the community that he, along with his staff, have to pay close attention to. From being sensitive to the culture of the community to being aware of the drug activity that goes on, Trezza stressed that the most important thing is that the children have a safe place to come to.

“The first thing a lot of them say is that ‘I can come here because it’s a safe place,’” said Trezza, when explaining the goals for NSNP. 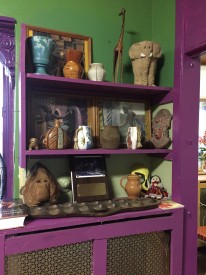 Trezza and his staff want to focus on improving the center while not losing its mission of being a close-knit organization. The center welcomes around 30 kids every day after school to work on numerous projects with various members of the staff.

On one recent day, there were about 10 young high-school students creating masks, where they drew how they were perceived on one side versus how they perceive themselves on the other side. The room was plastered with pieces of art created by the students, and while some worked quietly, others vied for Trezza’s attention to show off their work.

While walking through the center, there’s so much to look at, from student work to posters advertising projects or organizations the NSNP has partnered with. Trezza explained how the students work with numerous outside organizations like Get Hype Philly, which works to empower Philly’s youth to live healthier lives.

This is just one of many ways that Trezza and the NSNP work with the local youth community. They run an after-school program every day as well as a summer work ready site that allows the students to come and get paid for their work. 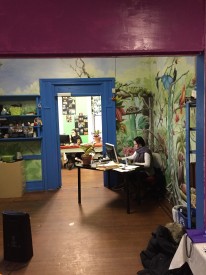 Evelyn Matos, the family relations coordinator, has worked at Norris Square for five years and expressed the uniqueness of the NSNP.

“We are a bilingual organization that serves the community,” Matos said. “Most of the kids that come here know about our program from their ancestors. It works like a circle, where their grandma came, then the uncle and then the aunt. They come here and see this place as a second home and they aren’t locked down by procedures – they are here to be themselves.”

It is truly a welcoming place where the staff walks around with smiles, interacting with the students. Matos not only handles the registration and family communications but also cooks for the students when they come in. The scent of rice and vegetables floated through the row homes, further emphasizing the true feel of home. 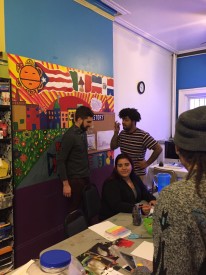 When asked about further expansion of the center and future goals, Trezza could not say enough about remaining true to their core values. He explained how NSNP is a safe haven for its students and although they want to serve as many youths as they can, they want to hold on to the family dynamic that they have now.

Valerie Martinez is an example of that family dynamic. Martinez has been involved since 1979, when her mother brought her to NSNP at age 8.

“I was kind of raised here – my greatest childhood memories are at Norris Square when we went on nature trips,” said Martinez. “Now I’m working here as the operations manager, just running around, doing all sorts of things. I’m kind of like the glue.”

– Text, images, and video by Coleen O’Hara and James Kirn

Philadelphia City Councilman-At-Large Dennis O’Brien was taught at a young age by his grandfather the inherent value of giving back to the community. Years later, O’Brien is doing just that with the Northeast Philadelphia Youth […]

Kensington: Rock to the Future Brings Free Music Education to the Community

Rock to the Future, an after-school program, offers Kensington and neighboring residents free music lessons, homework help and a social environment for students who would otherwise never see the benefits of music education. Jessica McKay, […]

Kensington: Members of the Team Look Toward Their Futures

The Kensington Tigers ended their 2012 season with a matchup against Northeast High School in the blistering cold of a nor’easter. While the game ended in a loss and left the Tiger’s without a win […]