Young adults gathered at Berean Baptist Church last month to take part in a mentorship program. What started out with singing “This Little Light of Mine” and general announcements turned into a night of group activities where members worked alongside mentors to create a scrapbook.

Program members, ages 6-18, meet on the first and third Friday of each month, with one of its many goals being to introduce its youth to a world outside of their own.

“The idea that a church was doing something in the community that related to young people was exciting,”  said Rev. Maria Lewis, the pastor of youth and young adults. “When I came on board I said, ‘Well, let’s keep doing that and let’s do more of it,’ so it wasn’t a matter of adjusting anything. It was just about doing more.” 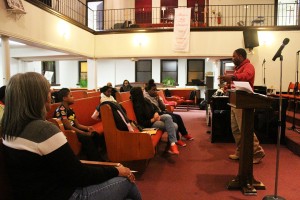 Funding for the 25-year old program comes from Support Community Outreach Programs, which gives grants to community-based enrichment programs. Berean receives $5,000 for each of the boys and girls programs, which gives members the opportunity to experience different environments.

From traveling to Washington D.C. and visiting different tourist attractions to attending a Broadway production of The Lion King, group excursions are an important part of the growth of Berean’s youth.

The mentorship program prides itself on being a place of care and safety for the young people within the community.

Juanita Groce, the youth coordinator at Berean Baptist Church, became a member of the church after recognizing the positive effects being a part of the church’s bible study had on her son.

“I was really happy that he found a place where I didn’t have to worry,” said Groce. “We’re trying to bring kids in from the community and put them in a place where, if they’re struggling with school or maybe something’s going on at home, someone is there for them.”

As the youth coordinator, Groce notifies the program’s members about what’s happening in the church and sends out reminders about upcoming events. 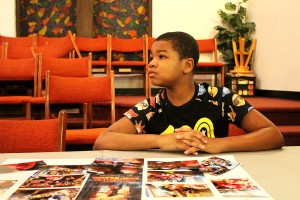 Recently, a sleepover night allowed the church’s youth to open up to mentors about their lives and ask questions that would receive honest answers.

Younger members stayed at Berean until ten o’clock, while the teenagers spent the whole night at the church. The event had a huge turnout with 40 people attending.

Building confidence within the youth is also a goal of the mentorship program. Through conducting a service, Youth Sunday, on the second Sunday of each month, members are taught to be leaders.

Milly Langley, an assistant of the youth program, sees the difference it has made in its members.

“They do everything from the prayer to the singing to the announcements,” said Langley. “That’s a strong confidence builder when you’re running the whole place. It’s their Sunday to do everything. I like seeing their growth.” 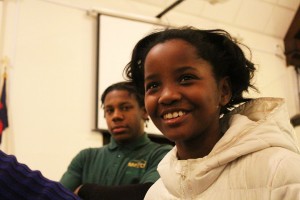 In order to foster community outreach, Berean mentorship members take monthly trips to McDonald’s, where members are able to ask questions in a safe and comfortable environment.

Nathaniel McCutchen, a mentor and member of Berean Baptist Church, joined the program because he wanted to be a part of the development of young men in the community.

“I like to see young men move forward and make something out of their lives,” said McCutchen. “Our goal was to show that you can follow your dreams and it’ll take you somewhere. But you have to pursue your dream, it’s not going to come and get you.”

Working with troubled teens and helping them turn their lives around is something McCutchen views as a rewarding experience. With an estimated 95 percent of the young men in the program attending college, he views the program as a great success.

“As we mentor the young men, we always tell them there’s nothing you can’t do, there’s no place you can’t go, we want the best out of life for you,” he said. 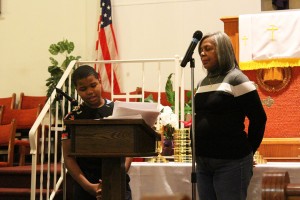 As membership continues to grow, new mentors are beginning to join the Berean family.

Shawn McCollum, Berean’s 10th and newest mentor, credits his participation to his own upbringing within the church and its mentorship program.

“I had a lot of great mentors when I was in the mentorship program,” said McCollum. “I hope to pass down the things that I’ve learned to other individuals.”

The program was formerly only for young men but after seeing the positive effects it had on participants, a program for women was started 6 years ago.

“We saw how well the boys were doing and we thought, ‘Why don’t we offer the same program to the girls?’” said Stewart. “We started to implement the girls into the program and it’s been great.” 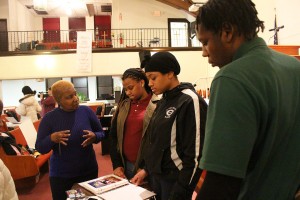 With the progression of the mentorship program, Rev. Lewis is working on implementing an afterschool tutoring program.

“We want to offer somewhere for [young people] to have exposure and to learn,” said Lewis. “We want to help young people with the academic challenges as they go through the school day.”

A start date for the afterschool tutoring program will be decided upon during the summer. And while it is an idea right now, the church wants to make sure that they will have a good amount of participants.

“We need to make sure we have a lot of coverage,” she said. “It’s a good thing we get a lot of kids in to start a mentoring program but we have to have the people [for an afterschool tutoring program].”

With future additions being planned, Berean’s mission remains the same. The church wants the youth of Allegheny West to feel empowered within the church’s walls and beyond.

“I feel like I can be myself,” said Diona Cochran, a 17-year-old member of Berean’s mentorship program. “You don’t feel like you’re being judged and you can be yourself. It feels like family.”

Rev. Maria Lewis has devoted her life to the church and her community through youth empowerment, most recently  as the pastor of youth and young adults at the Berean Baptist Church in Allegheny West. Her leadership […]

In the midst of the city-wide closing of schools, one place has been a much needed and stable support system for the children in Philadelphia especially during the school year: The Widener Branch Library, which serves […]

Miriam Medical Clinic, a faith-based health care clinic founded in 2014, is reducing the societal barriers to access of medical care by empowering communities through physical and spiritual healing. Located in the heart of the […]