The sound of barbells and plates hitting the ground fills a former auto parts warehouse on Salmon Street in Port Richmond. Inside, Bill Shiffler, his fellow coaches and the members of CrossFit Renaissance gym begin their early morning class. Shiffler, who arrived in the facility just minutes before, caught up with some of the members as they take a water break.

CrossFit Renaissance has been serving Port Richmond fitness junkies since 2010, and has brought a whole new world of fitness to one of Philadelphia’s most blue collar neighborhoods.

Shiffler grew up right down the street from the facility, near Janey and Venango streets. What was once just a hobby after school at North Catholic has turned into a lifestyle, as the gym serves more than 100 members, mostly from the River Wards. 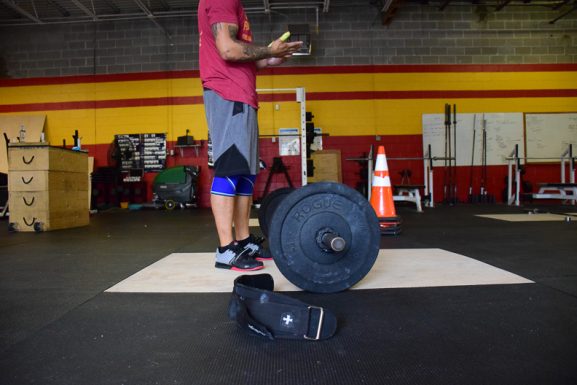 What got you started in the fitness world?

I wrestled at North Catholic for a little bit. I started thinking about it when I was 16 or 17. That’s when I started to learn how to work out, get in a routine and such. Once I got to college though, that’s when I really started going hard with everything. My friend was actually a junior national powerlifting champion. He really got me serious about training.

Did you always want to open up a gym?

I actually went to school at West Chester to be a special ed teacher, so I wasn’t quite sure I was going to open a gym.

What did you do after you graduated?

I graduated in 2002 and after that, I pursued a career in natural bodybuilding. After I found out there was no money in that sport, I worked as a group home counselor for a few years. I met my wife Joyce there. Eventually, after taking a few years to find myself, we opened the gym together. 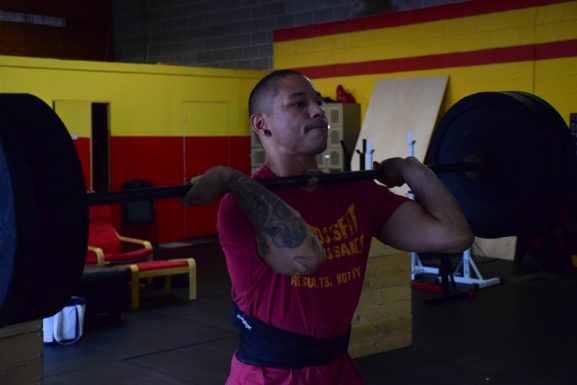 What drew you to CrossFit?

I did everything before I did CrossFit. I was mainly a competitive bodybuilder and occasional powerlifting and strongman competitor. However, I had never found something in a workout that combined everything together that would give me all the results I wanted all the time.

I always felt like you had to choose between being lean and being gigantic and strong. CrossFit gives you the best of both worlds. It always keeps me in striking distance of all my numbers on barbell lifts and I can still run a 6-minute mile. I feel like a complete athlete now.”

What drew you to be a coach?

I think CrossFit gives an equal opportunity to anyone of any age group. We have people in our classes ranging from their early 20s to their mid 70s. We don’t mess around. Everyone does the same basic movements, unless we need to adjust it for them for experience or health reasons. The goal is to get people to move functionally. All these motions in the workout are just fancy words for everyday things. Sitting in a chair and standing back up is a squat, picking a box up off the ground is a deadlift. It’s all about having as much mobility as possible.

You mentioned your wife, Joyce. Was fitness something that you two bonded over early on?

It took her a little bit to get into it but now, she’s all in. She’s now a coach, our mobility expert, and also a licensed massage therapist. For our members, she’s definitely the caring side of the operation. 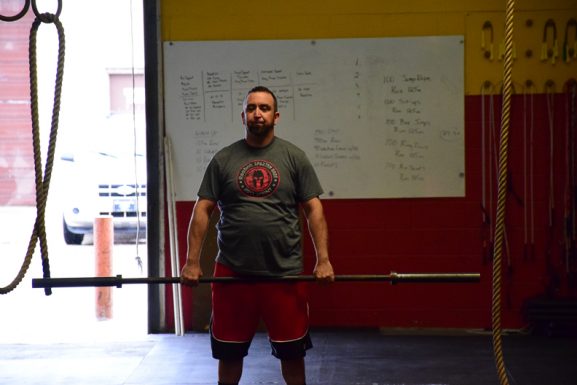 Tell us a little bit more about your staff. How do you find these people to work here?

Everyone on our staff has been a member at one time or another. I expect nothing but the best from our members and that makes for great staff qualities as well. We’re not opposed to hiring from the outside but we haven’t had to yet.”

Who is someone that stands out amongst your group?

Definitely our general manager, Ed Davison. Ed was a manager at a shoe store in the area for 13 years and actually lost his job two years ago. He had some trouble paying for his membership, so he helped around the gym all the time. Now, he’s a personal trainer and coaches some of our morning classes. I don’t think he would’ve ever seen himself doing this a few years ago but he’s awesome at what he does. 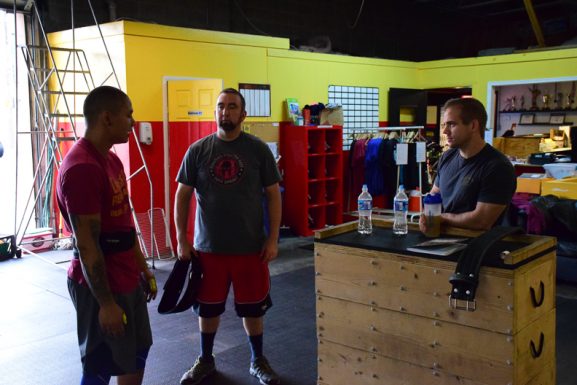 How many of your members are in competition for CrossFit?

It’s funny, because I wouldn’t consider us a competitor gym. Everyone thinks of CrossFit as hardcore competition and such, but not for us. I’d consider us a ‘quality of life’ gym. Sure, we have a few members and coaches who compete but for us, it’s more about the community and improving people’s lifestyle.

Do you think your community here reflects the community of Port Richmond? How has the neighborhood changed?

You know when you’re between Aramingo and Richmond, it’s always gonna be good. Community is important around here. Us being here kind of just worked out that way. As far as the community goes, it’s changed recently, but I think more for the good. Sure, we got some of the hipsters now but I think it’s pretty cool. Maybe they’ll join in with CrossFit. It’s definitely trending now.

-Text and images by Eric “E.” White and John Cole.

Education: Sick at School? No Nurse on Duty

It’s a busy Monday morning at Andrew Jackson Elementary School in South Philadelphia when two kindergarteners walk into the front office, one with wet pants. As the little boy begins to tearfully explain how he [Read More]

https://vimeo.com/63874546] The Wall Cycling Studio, located at 100 Levering St., will be holding free classes Saturday to raise money for the Race for Babies of the March of Dimes foundation. All donations given that day [Read More]

With so many fitness options in Philadelphia, it is tough to find a place that offers unique programs and experiences that you cannot get elsewhere. Several places around the city allow for a different way to help [Read More]