As William Thomas, better known to the public as Classic Reinvention, explored his options for a gallery space to display his colleagues artwork, his goal was to find a space that would lend itself to an “in the know” kind of vibe, while also being easily accessible.

“It lets me control the flow of my space,” said Reinvention, who is a filmmaker by craft. “I think it’s cool that people let everything spread through word of mouth. Plus, when people come through, all you have to do is make a left, and you’re here.”

As a native of Germantown, Reinvention has been surrounded by the remnants of industrial success all of his life. This drew him to a building with an industrial past in The LOOM in Port Richmond, which is housed in the former site of the Masland Carpet Mill. 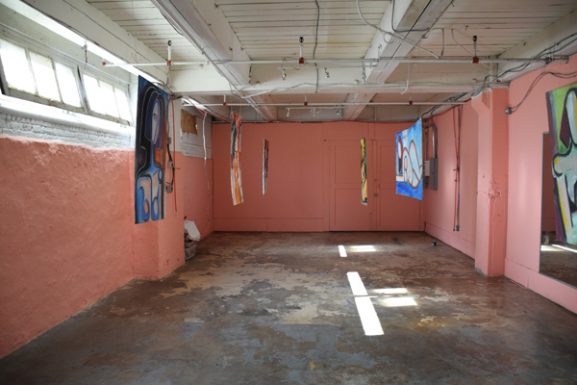 The building is rented out to numerous businesses and artists, ranging from photo galleries to a brewery. In an area that is historically blue collar, Reinvention feels that The LOOM is complementary to the new wave of millennials and hipsters moving into the area.

For guitar luthier James Sturner, however, the reality of gentrification, or the displacing of a community by incoming, wealthier demographics, has become a huge force in the River Wards.

“In this building, I think we’ve done a really nice job of preventing it,” said Sturner, a resident of the Yorktown section of the city. “We used to have town meetings in this building and there was a lot of open dialogue. We’re very welcoming here. However, the cycle always seems to continue.” 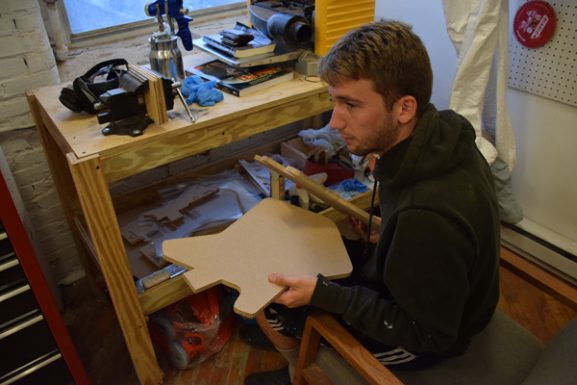 Sturner believes that when industry leaves and art takes over, that is when you see the change in the community.

“It’s more or less what Fishtown and Northern Liberties was a few years ago,” he added. “I still like it, though. It’s close to 95 and there’s still plenty of good people around.” 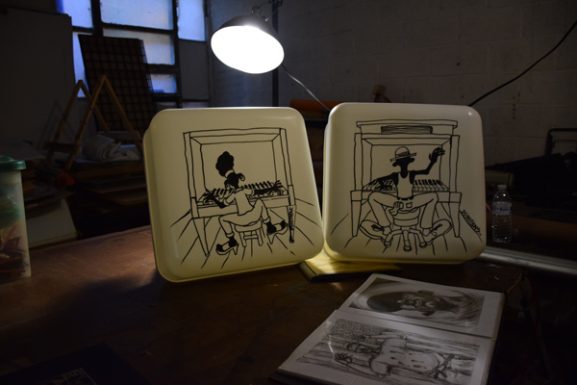 Don Stephens, a New York transplant, thinks that despite the gentrification, the building creates a great flow of ideas for the community.

“I can go right down the street and just talk to anyone,” said Stephens. “I might be at an Irish bar but we all drink the same beer, talk about the same sports. Once you find that common ground, that’s when you create community.”

Within Port Richmond, however, the reoccurring theme seems to revolve around turning the past into something new.

“It’s a generation of wealth,” Reinvention said. “There’s always an opportunity to build on top of something around here. If the idea is to take something old and help it progress to the future, I’m all for that.”

For Gary Dann, a professional drummer and the owner of The Boom Room music studio in Fishtown, Painted Bride Art Center is as a place that believes in the artistic community. “There are very few [continue reading…]

With the 115th anniversary of the Hermann Henssler Locksmith came the repainting of its faded business sign at the corner of 13th and Cambridge streets. Fifth-generation locksmith John Henssler was in disbelief when a stranger in [continue reading…]