Bearlesque is a body-positive, gender-inclusive burlesque performance group featuring people of all sexualities. The organization was created in 2014 by Josh Schonewolf and Connor Michalchuk as a one-off show for ‘bears,’ a slang term in the LGBTQ community for larger, hairier, more masculine gay men.

The more Michalchuk and Schonewolf discussed their ideas, the more evident it became that this could become its own show with a purpose.
“We thought we would be lucky if there were 15 or 20 people in the audience,” Michalchuk said. “We ended up blowing up and becoming this big thing.”
Bearlesque now holds regular shows in Philadelphia, New Hope, Wilkes-Barre, Maryland and Washington, D.C.

The group currently has about 20 members, and performs all over the region. Their main show is every first Friday of the month at Tabu Lounge & Sports Bar.

“I think that a lot of people are judged by the way they look,” Schonewolf said. “Especially in the Gayborhood, being fat is not desirable. Having a show like Bearlesque is really my love story to that side of me that’s always fought with being too big.” 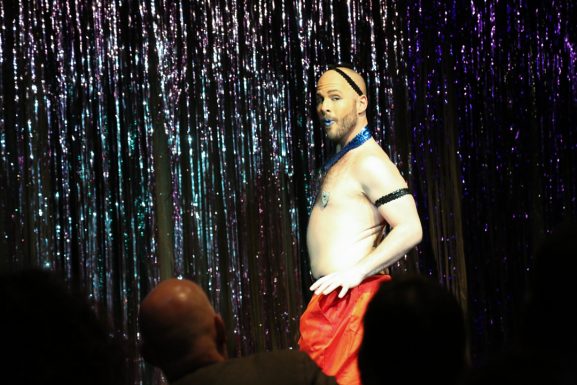 “Issues of oppression [like those experienced by the LGBTQ community] can lead to a lot of other problems,” Fabello said. “For example, anxiety, depression and substance abuse are all things that can co-occur with or lead to body image problems or eating disorders.”

According to the National Eating Disorder Association (NEDA), it is estimated that gay men account for only five percent of the total male population but 42 percent of men with eating disorders identify as gay.

Bearlesque was created as a way to address this problem and celebrate all shapes, sizes, sexualities and appearances.

“It’s nice to feel sexualized, no matter what your body type is,” Michalchuk said. “Whenever a guy comes in for the first time I always say, ‘If you’re nervous, the key is to realize that at least one person in that room is going to think you’re the sexiest thing that’s ever walked on two legs.'” 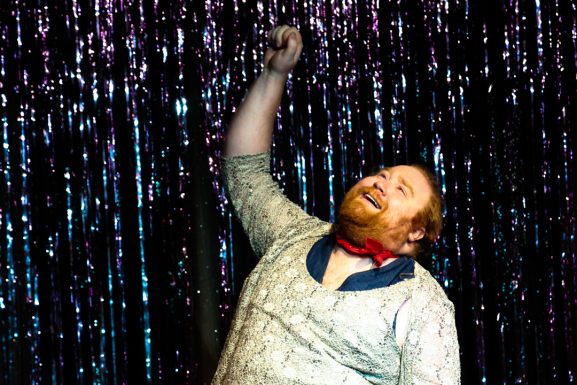 Michalchuk said it’s hard to say where they want to go with the show now that they’ve reached a level of success.

“Our goal has always been and will always be,” Michalchuk said, “to provide a place where people can perform and show off their bodies knowing that they won’t get boo-ed.”

LGBTQIA: Five Moments in Philadelphia’s LGBT History That You Should Know

Everyone knows that Philadelphia as a city full of American history. Although it also has a rich and important history with the LGBTQIA community, Philadelphia is often overshadowed in that respect by such cities as [continue reading…]

Philadelphia has a thriving drag community, with drag shows all over the city and an ever-growing population of performers. On any given night, a drag show is likely going on somewhere in town. Throughout history, [continue reading…]

South Philadelphia favorite Philly AIDS Thrift celebrated its eighth anniversary this past weekend – and it has a lot to celebrate as a local style hub as well as a charitable organization. The store, which [continue reading…]