Two University of Pennsylvania medical students are committed to promoting the traditional Cuban dance scene, which is hard to find compared to the salsa dancing and twerking usually seen on the dance floors of Philadelphia.

Michael Huang and Leilani Chirino teach Cuban dance at World Cafe Live as well as at Penn for anyone who wants to learn about cuban culture, meet friends and master some new moves. Their mission is to inform the public of the deep traditional roots of Cuban dancing beyond Americanized salsa.

Cuban dance is an umbrella term for music, dance and culture derived from a blend of African and Cuban traditions.

When slaves were brought over from West Africa to Cuba, they brought with them a spectrum of African folkore dances performed to complex drumming rhythms. There are secular and nonsecular dances. Yoruba dancing is associated with praising different dieties, whereas the rumba is more of a secular African social dance, originally created by poor African workers.

These dances and rhythms blended with the European influence already in Cuba to create dances such as the cha-cha, son Cubano and the mambo. 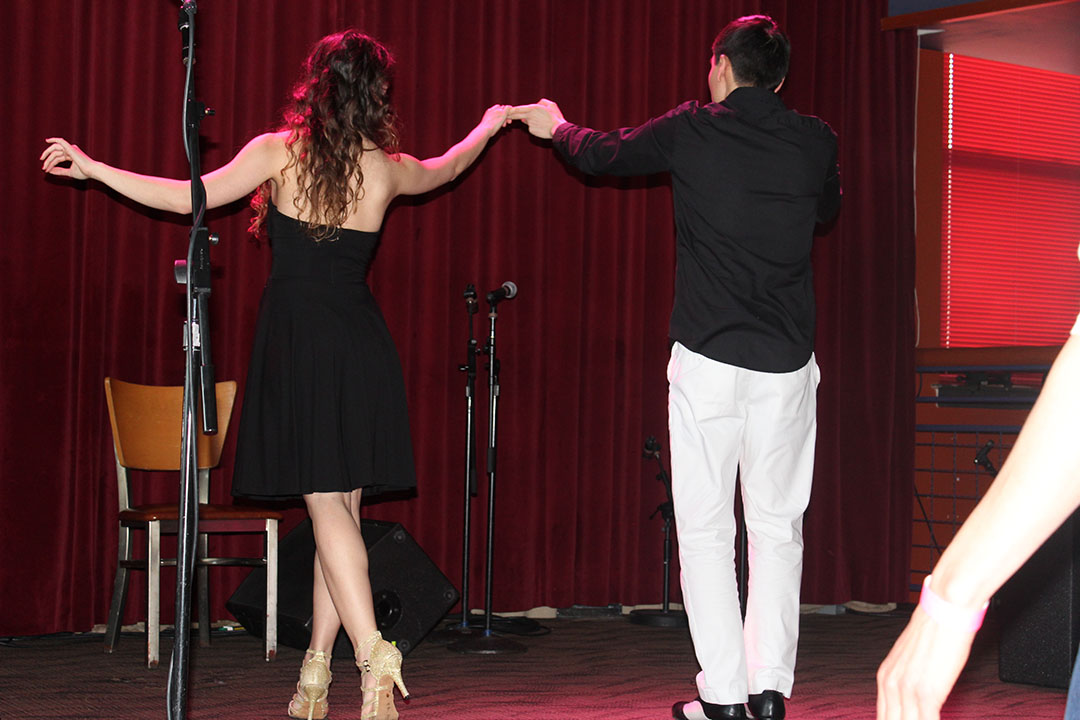 In the 1940s, 50s and 60s, there was a flood of immigration to the United States. Cubans settled in places like New York City, New Jersey and Miami, and shared their music and dance traditions with the Americans salsa and bachata communities. Styles blended.

Chirino stressed that American salsa dancing is much different than traditional Cuban dancing, and people that social dance to salsa are not usually aware of where the movements derived from.

“People don’t realize that traditional Cuban dance music is different from salsa,” Chirino said. “There are more polyrythms that come from African traditions, which add another extra level of excitement and fun!”

On Sundays at Penn, Chirino teaches traditional son Cuban and modern casino, modern dances with influences from African folklore and tradition that are commonly mistaken for salsa.

“We try to tailor to the original way it was done in Cuba,” Huang said, “traveling around the dance floor rather than into linear slots.” 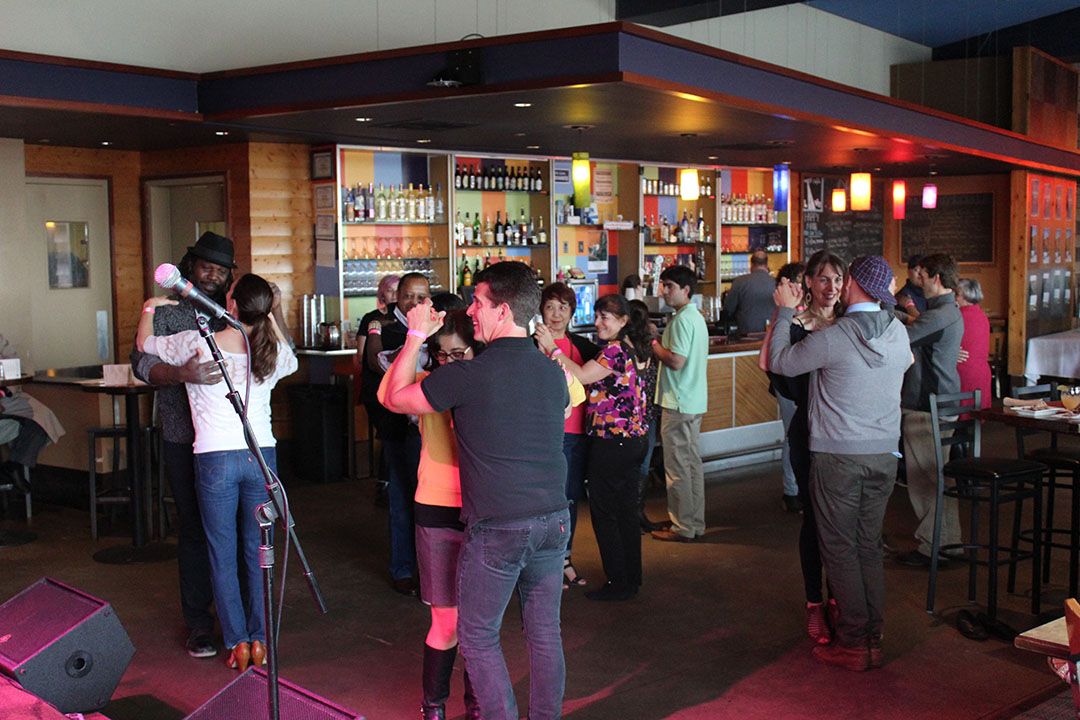 One of Huang and Chirino’s loyal students, Leo Kenney, explained why he likes traditional cuban dancing better than American salsa.

“It’s more circular, so it’s almost like you’re floating on a cloud,” Kenney said. “There’s more freedom to the movement. Also, Cuban dance is the mother of salsa, so it would be a sin to let this tradition fade away.”

Huang explained that because of the embargo that the United States has on Cuba, traditional Cuban dance is not very popular in the U.S. compared to other places around the world.

“There are maybe three to five Cubans living in Philadelphia who practice Cuban social dance,” Huang said. “Based on our students from the past, there are about 40 to 50 students who know at least a little bit of the easiest Cuban style, rueda de casino. This is very small compared to the Philly salsa scene.” 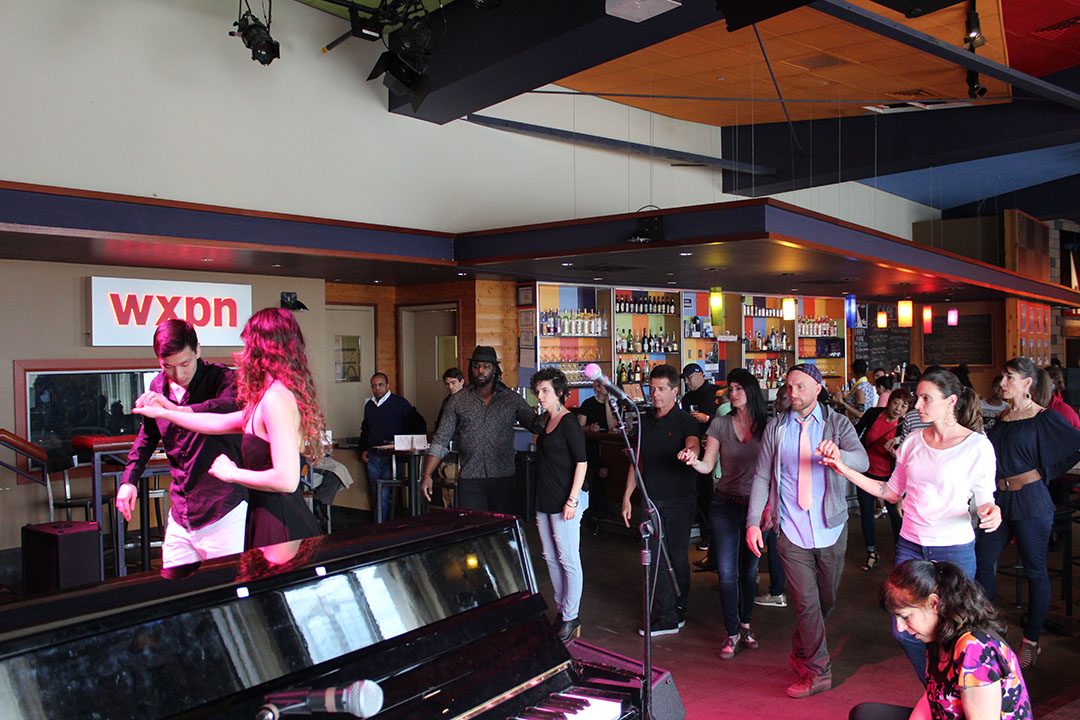 Strictly comparing social dance on social media, the Philly Salsa Friends Facebook group has 1,633 members and the Addicted to Salsa (Philly Branch) group has 838 members. As far as professional dancing, there are only a handful of dance companies in America that cherish traditional Cuban dance and most of them fuse American salsa along with ballet and modern styles, which buries the Cuban influence.

Like most traditions in music, dance and art, culture changes with time and traditions become Americanized. Huang and Chirino feel that it is important to inform their community about cuban tradition and culture in order to preserve and appreciate its beauty. 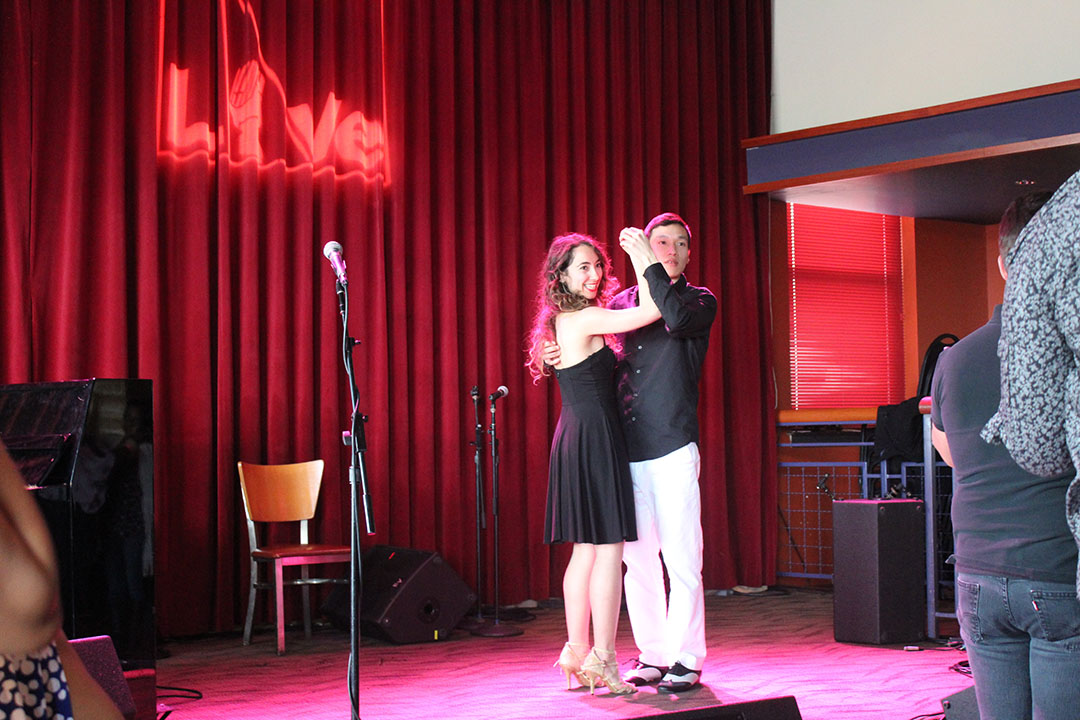 “Contemporary music and dance is rooted from traditional genres and dances from all over the world,” Huang said. “One of our biggest motives is to keep these old dances alive and to show how they directly influence everything we are hearing and dancing to today.”

Rawk U School of Music Rocks [vimeo 53972340] Music has been a part of Daniel Cullen’s life ever since he first picked up an acoustic guitar when he was 11 years old. Now Cullen has the [Read More]

West Philadelphia’s local theater, the Rotunda, hosted the premier of a new musical drama on Sunday. Judith: The Other Shakespeare, written by Kevin Stackhouse, offers a new take of the story of William Shakespeare, where [Read More]