Zafir Hall cried in front of 96 men he barely knew in jail as he watched his home be demolished on television.

Hall, 22, grew up in the Norman Blumberg affordable housing complex in Sharswood, which was made up of three 18-story high-rise buildings. The towers were built in 1967 by the Philadelphia Housing Authority.

In March 2016, as part of PHA’s neighborhood transformation project, two of the towers were imploded. One of the towers — which was for senior citizens — still stands today, surrounded by an empty lot. It’s a constant reminder of memories, both happy and painful, of Hall’s time growing up in the towers.

Sharswood: Finding An ‘Anchor’ In A Changing Neighborhood from Philadelphia Neighborhoods 2 on Vimeo.

“It’s heartbreaking,” Hall said. “I still wake up every day wishing that we still had them buildings.”

PHA is taking on one of its most ambitious projects: to revitalize an entire neighborhood from the ground up through its Sharswood/Blumberg Transformation Plan. In November 2016, PHA completed the first phase of the project, which was opening 57 new, mixed-income units directly across the street from where the Blumberg Towers formerly stood. PHA invested more than $22 million into those units, which includes amenities like central heating and air conditioning, security systems and a modern kitchen. 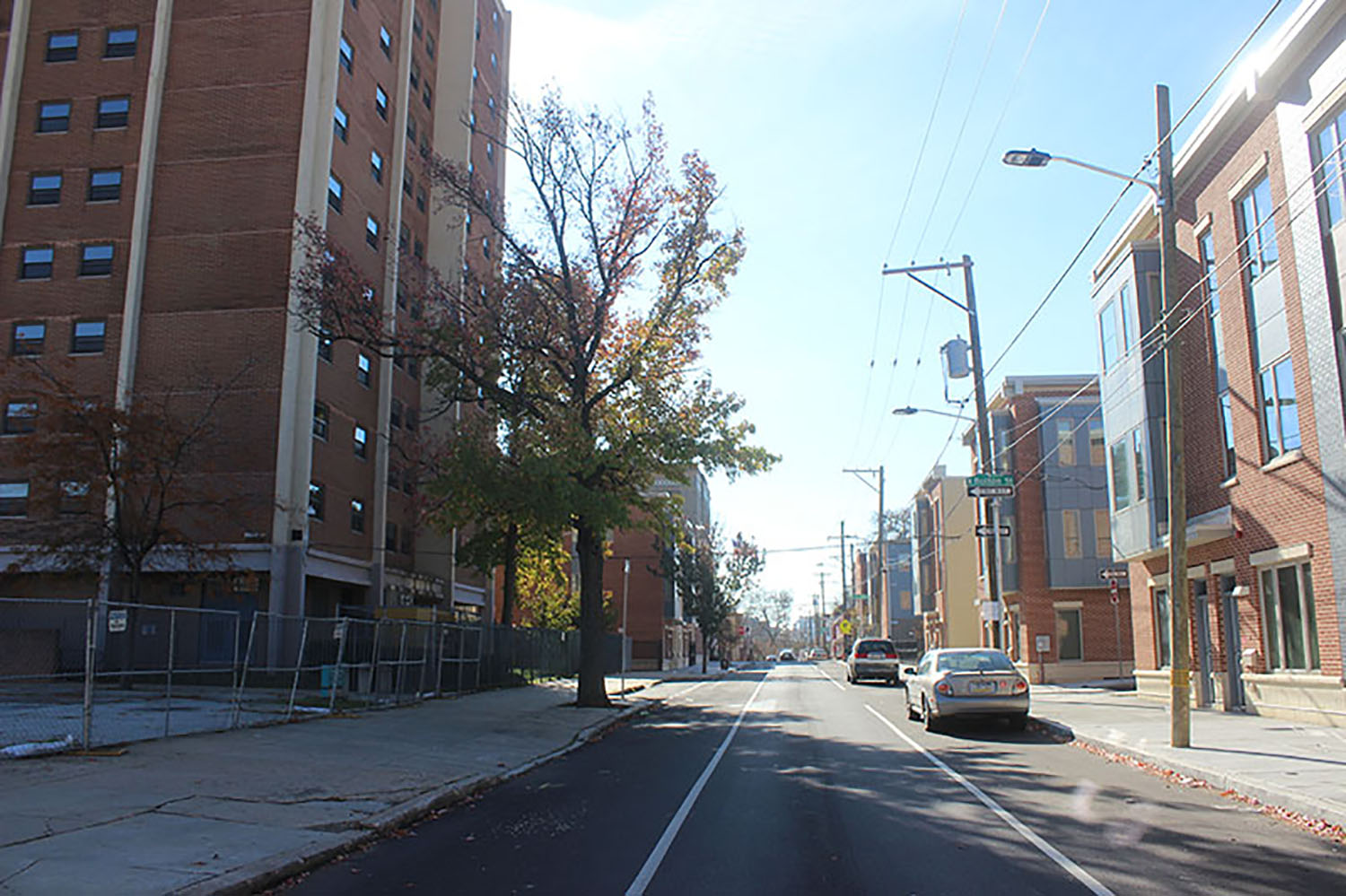 More than 1,000 people were displaced when the towers were torn down. Kelvin Jeremiah has promised that former Blumberg residents have the “absolute right to return,” but it’s unclear to former residents how soon that return will be.

In December 2013, the Department of Housing and Urban Development awarded PHA a $500,000 Choice Neighborhoods Initiative Planning Grant to work on the redevelopment of Sharswood.

“We want to invest in people and housing, frankly, provides a platform where you can do just that,” Jeremiah said. “With stable housing, you can address the educational issues people have, the health, the unemployment issues…that is what our families were asking for.”

Among many of the future projects under the revitalization, PHA will start an architectural survey of Sharswood in the coming weeks to find ways to identify buildings for historic preservation. Some of those buildings include Vaux Big Picture High School, which PHA bought and helped reopen as a high school in September. PHA invested $6 million into the revamped school.

“We contracted with a firm who is going across the targeted area conducting an assessment both architecturally and historically to determine what artifacts exist,” he said.

Jeremiah added that he hopes PHA will start construction for the second phase of the project by spring 2018, which includes 83 units similar to the ones built during the first phase.

“The history had suggested that when we did these developments, the families that lived here never really benefited from the transformation itself,” Jeremiah said of past redevelopment projects. “They were relocated and never had the opportunity to move back into the community once it was revitalized.”

Jeremiah hopes the written agreement stating the families can come back will alleviate this problem.

When Hall came home from jail about a year ago, he cried at the corner of 23rd and Oxford streets when he saw that his home was gone in person. 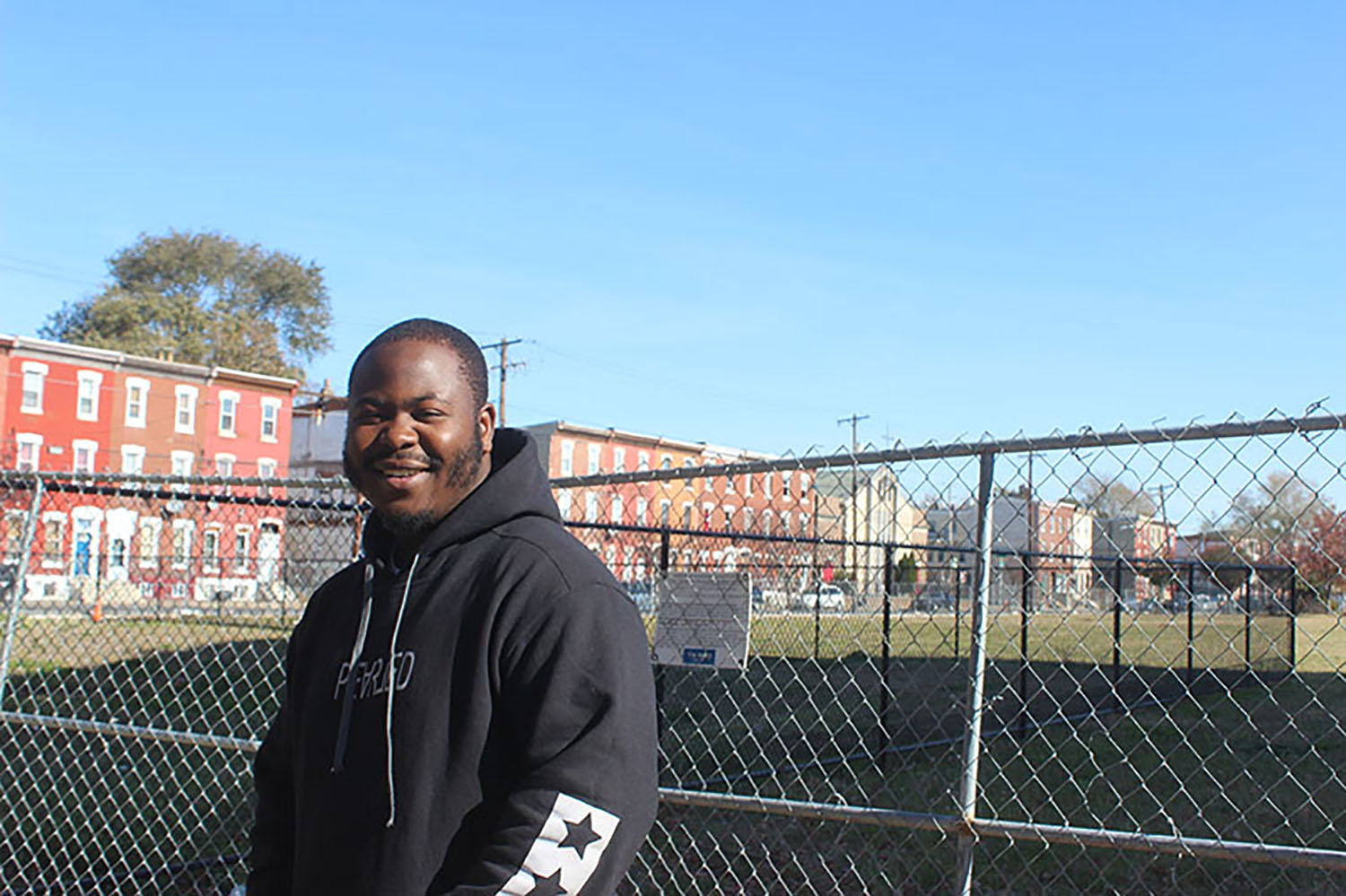 “We had our own city, our own world,” said Hall, who currently lives in the Badlands.

Hall said he’s worried about the future of his neighborhood. He doesn’t understand why PHA had to tear the towers down so early on in the transformation project.

“What they think of us is detrimental to a person’s character,” Hall said. “We have the biggest hearts, but they give us a certain image because of where we are from.”

Claire Herbert, an urban sociology professor at Drexel University, researches urban housing and homelessness. She said it’s important for developers to keep residents involved in the transformation process at every single step.

She said often, massive redevelopment projects have good intentions and try to tackle complex, severe problems in disinvested neighborhoods. But it’s sometimes unclear of whether long-term residents who leave the community do so because they find themselves forcibly displaced from their home, or because they can no longer afford the neighborhood.

“There’s this feeling of cultural displacement,” she said. “One way to mediate that effect is to have residents take agency and ownership over the processes that are going on and feel like they have a voice so that as the neighborhood changes, they are on board with what is happening.”

Hall, who makes rap music under the moniker Caliba and often writes music about the towers, is releasing a track soon titled “The Anchor.” He considers himself the anchor of the Norman/Blumberg apartments.

But Jeremiah also wants the new PHA headquarters to keep the neighborhood tied down too. The housing authority is currently constructing a five-story, 136,000-square-foot headquarters in Sharswood.

This time of year is usually one of the busiest times of year for churches. However, their daily operations and atmosphere have significantly changed as parishioners obey stay at home orders. Many churches moved toward [continue reading…]

The neighborhoods of North Philadelphia are home to a number of historical landmarks. Reminders of the area’s 17th- and 18th-century history are scattered across the changing neighborhoods of Francisville, Sharswood, Spring Garden and North Central. [continue reading…]

https://vimeo.com/39706026] Like most major cities, Philadelphia is always trying to improve the quality of life for its residents. But Philadelphia’s 40,000 vacant lots–many of which plague parts of the city where the population has been [continue reading…]