Kelvin Jeremiah was shocked when he spoke to children from the Sharswood Blumberg towers that many of them didn’t know the “Rocky steps” were in Philadelphia.

Many of them had never been to the Philadelphia Museum of Art or seen the Liberty Bell.

“They didn’t know the rich history,” said Jeremiah, who is the CEO of the Philadelphia Housing Authority. “They were isolated in an enclave that gave them absolutely no opportunity.”

Jeremiah lived in the small Caribbean island of Grenada until he was 13. He then moved to the United States in the early 1980s. Jeremiah said he was born into poverty, but what was life changing for him was education.

“The real game changer for me was education,” he said. “So to the extent that I and PHA can provide that and more of a pathway to these kids fighting social and economic immobility, they will be able to better escape poverty.” 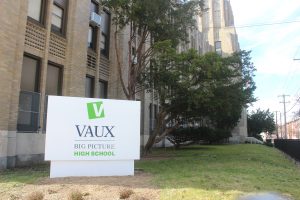 PHA, in collaboration with the School District of Philadelphia and Big Picture Philadelphia, an education nonprofit organization, opened Vaux Big Picture High School on Master Street near 23rd. The school, which reopened in September, currently has 126 ninth-grade students and plans to add a grade each year. The first class will graduate in 2021.

David Bromley, the executive director of Big Picture Philadelphia, the local arm of the national Big Picture Learning network, said there’s an advantage to opening a school with only ninth-grade students.

“We have a year to build the culture…so while the kids are lovely, they’ve got a lot of energy, and so it’s harnessing that energy,” Bromley said. “Our big goal here is over the four years for students to really take ownership of their learning and their lives.” 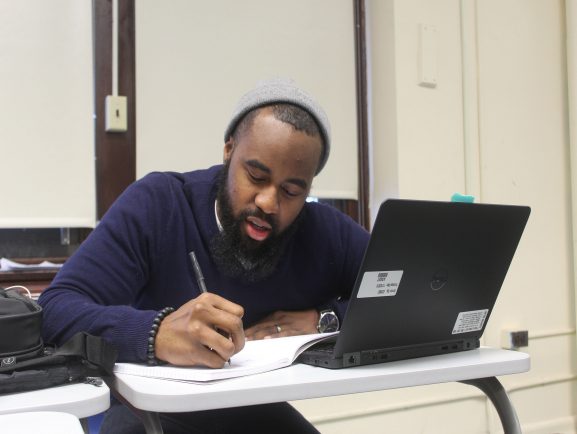 The reopening of Vaux is part of PHA’s multimillion-dollar redevelopment project in Sharswood, which also includes building mixed-income housing, a new headquarters for the housing authority in the neighborhood and eventually a supermarket.

In 2013, the school district shuttered Vaux, known for its successful chess team, due to the district’s multimillion-dollar budget gap, and declining enrollment and poor academics at the Sharswood junior high school.

Although managed by Big Picture, Vaux is a neighborhood school in the School District of Philadelphia. All of the teachers and administration are employees of the school district.

The funds for Vaux flow through Big Picture, an unusual arrangement for a public school in Philadelphia.

The school will start offering internships next year to its tenth graders twice a week. The students will also have a robust post-secondary plan with teachers, who are called “advisers” at Vaux, to help students apply to multiple colleges and universities.

Bromley thinks Big Picture’s education model lends itself to improving outcomes for the young high school students by giving them more of a voice in their learning processes.The model is different from most Philadelphia public schools. Big Picture is based off project-based learning, which is a student-centered education model. Every student has an individualized learning plan based on their passions and strengths.

Each day, students meet with their teacher for more than an hour to discuss how their classes are going. One adviser at Vaux provides students with mugs and every morning they get a cup of hot chocolate. Every Wednesday, students go on a field trip to somewhere in the city, like Philadelphia Waterworks or a museum.

“It’s treating people like human beings,” said Maia Cucchiara, an education professor at Temple University who is also a Big Picture Philadelphia board member. “You too need a pleasurable way to start your day where you’re treated like an adult.” 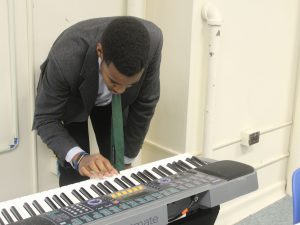 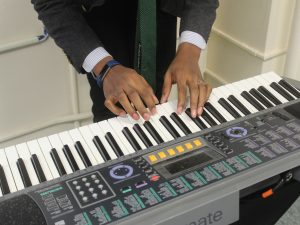 Cucchiara added that Big Picture emphasizes treating people with respect. Unlike many schools in the school district, there are no metal detectors and classroom sizes are small.

They also plan to add a family member or a community resident from Sharswood to the board of Big Picture Philadelphia.

“We very much see ourselves not as taking a part of the public system, but as to helping to improve the ability of educators in Philadelphia to do the kind of teaching that we know is what kids need,” Cucchiara said. 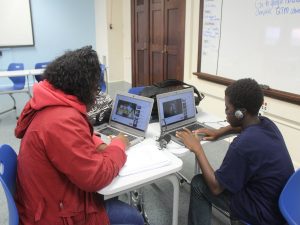 Some criticisms of Big Picture’s education model is that it’s seen as a private charter school because the funding comes through the nonprofit. But Cucchiara said unlike charter schools and school choice programs, Big Picture hires teachers from the Philadelphia Federation of Teachers and follows their union roles.

They also specifically recruited students from Sharswood to make it a neighborhood school. Most students walk to school every day.

“For us, it was really important that we develop a model that can show that, ‘Hey every kid in this city can learn if they are given the right opportunity, the right kind of educational experience,’” Bromley said. “To be one piece of helping a whole community get out of multiple generations of poverty…and work with great folks in the community is an amazing thing.”

The Impact of School Closures

In 2013, due to a substantial city budget deficit, 24 neighborhood public schools were forced to close their doors to Philadelphia students. Most of the schools that closed were in low-income, predominantly African-American neighborhoods. Entire communities were suddenly left without public schools, and students had to travel to other neighborhood high schools to get an education.

“These are neighborhoods that have experienced systemic disinvestment,” said Ryan Good, who researched the impact of the 2013 school closures in Philadelphia for his Ph.D. from Rutgers University. “Schools are closing in neighborhoods that are disproportionately people of color, not wealthy neighborhoods. There is neighborhood inequality in the city.”

One of those schools was Roberts Vaux Junior High School. When the Philadelphia School District shuttered Vaux about four years ago, Sharswood residents felt the loss. 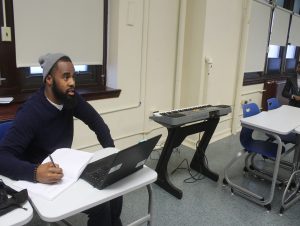 “It hurt. I think it’s a school that should be open” said Paulette Ballard, who lives on Sharswood Avenue near 23rd. She graduated from Vaux High School in 1967 and joined the Vaux Alumni Association, which celebrates the school’s history in the Sharswood community and organizes class reunion events.

“There is a sense of home in a school, a sense of connection to other community members,” Good said. “Even though the school was suffering, it still represented potential that disappeared when the school closed.”

When schools close, Good said, it can be painful for entire neighborhoods. Through his research, he found that people identify their neighborhood school as a resource for the community beyond its educational value — it’s a hub for community networks, a safe space for local residents. 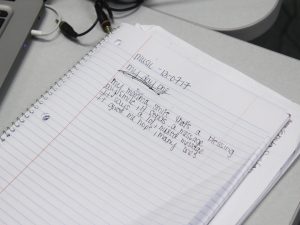 “That goes away when it’s closed,” he added. “It becomes a big empty building.”

This year, for the first time since 2013, students are back inside the Vaux High School building, now renamed Vaux Big Picture High School.

Good is glad to hear that Vaux reopened to serve North Philadelphia students this year. Still, he’s not sure this will solve the hurt caused by Vaux’s initial closure four years ago. 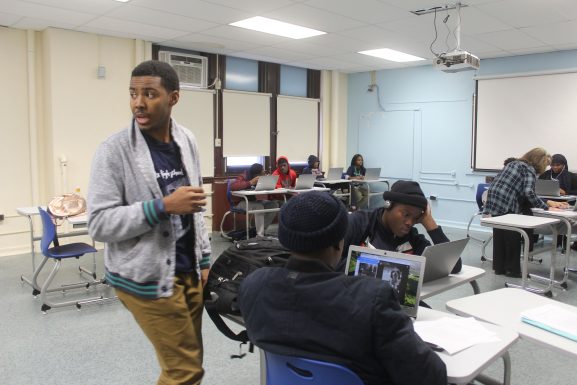 “Especially in neighborhoods with gentrification pressure, school closures can have a destabilizing effect,” Good said. “Even if they are reopened, people no longer feel like it’s their school, and that intersects with patterns of gentrification.”

Good hopes for the best for Vaux High School, but he wonders how attentive the school will be to the needs of the Sharswood community. Are Big Picture’s national staff members educated about the Sharswood neighborhood and the issues it faces? Will they be able to provide Sharswood students with proper resources? Will Sharswood residents trust the school — now reopened under national management — after feeling the pain of its initial closure?

For Ballard, it doesn’t matter who runs the school. She said she doesn’t care whether Vaux High School is operated by the school district, PHA or Big Picture — just as long as it’s open. 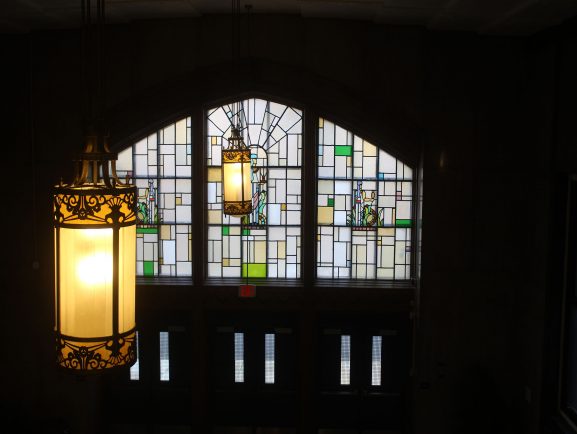 Last weekend, Ballard attended her class reunion at Vaux High School, organized by the Vaux Alumni Association. She hadn’t been to the school in years, and she was impressed by some of the changes. Now, there’s a renovated library and a new computer room.

Education is one of the foundations of society, and yet schools in Philadelphia are hemorrhaging cash due to rising costs and stagnant revenues. Many have been forced to cut back on everything from school supplies [Read More]

The Frankford branch of the Boys and Girls Clubs opened in 1938 and has been serving the youth of Frankford ever since. “I’m 61 years old and I started coming here when I was 10 years old,” [Read More]

Folk Arts-Cultural Treasures Charter School is an anchor in the North Chinatown/ Loft District. The school, which is located on Callowhill Street near 10th, has helped to establish the area as a neighborhood and strengthens the identity [Read More]