Merchants along Torresdale Avenue in Tacony have started an effort to keep the entire community clean. The idea and movement began with help from the Tacony Community Development Corporation (CDC).

“When a neighborhood isn’t clean, it leads to the impression that people might not care about their community and where they live, and that’s exactly what we are trying to avoid in this neighborhood,” said Alex Balloon (below), corridor manager of the Tacony CDC. 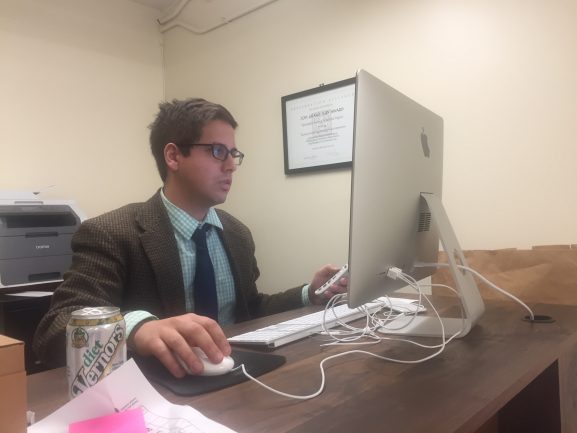 “I truly feel the city does the best work that they can,” said Joe Sannutti, president of the Tacony Civic Association and owner of a business on Torresdale Avenue. “But sometimes the best that they can do isn’t enough, so it takes people that care enough to take matters into their own hands.” 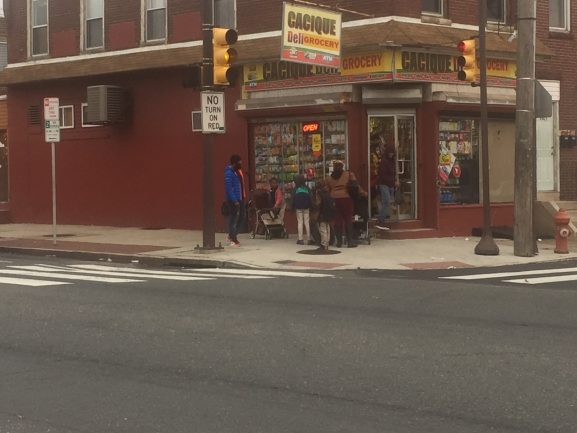 The community has responded well to the efforts led by the Tacony CDC. Recently, the 7000 block of Erdrick Street was awarded third place in the city’s Most Beautiful Block contest.

“Not just that block but the entire community has done a great job of buying into what we are trying to accomplish,” Sannutti said. “We are off to a great start, and want to keep this going.”

St. Hubert High School for Girls played its own part during the World Meeting of Families and the Pope’s historic visit. Among other contributions, St. Hubert’s helped paint tiles for “The Sacred Now: Faith and Family in [continue reading…]

There is no such thing as a grand opening without a ribbon cutting, so what does an Italian cafe owner do when there is no ribbon in sight? Use a red, white and green banner [continue reading…]

The corner of Kensington Avenue and Somerset Street in Kensington is amongst the most notorious drug corners in the city. Heroin draws addicts and dealers, making it an open playing field for crime and violence, and [continue reading…]