This past March, on its 110th anniversary, the Tacony Free Library branch at Torresdale Avenue and Knorr Street closed its doors for 18 months of renovation.

As a recipient of the Free Library of Philadelphia’s Building Inspiration: 21st Century Libraries campaign, a $25 million gift from the William Penn Foundation aiming to modernize and rebuild libraries across the city, the Tacony Free Library is temporarily closed in an attempt to modernize.

But since June 29, the Tacony Library and Arts Building (LAB) at 6918 Torresdale Ave. has been trying to fill that void, providing a mini-library with books, computers, DVDs and free Wi-Fi. The LAB hopes to provide the same services as the library, but with more of a focus on art. 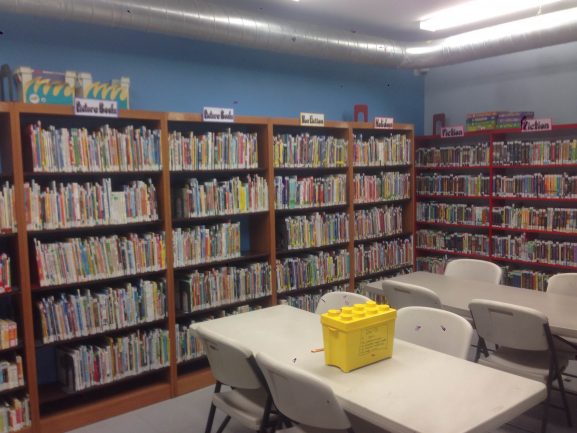 Through the Mural Arts Program of Philadelphia, the LAB also features art programming. Inside the LAB, there is a work­ing stu­dio where pro­fes­sion­al artists en­ga­ge with loc­al chil­dren and adults in workshops and open studios. Outside, resident artists Mar­i­el Capanna and Nick Cas­s­way have already been hard at work.

Capanna is in the process of creating the Mural Arts Program fresco in Philadelphia at the corner Disston Street and Torresdale Avenue, and Cassway is creating a small parklet in front of the storefront to serve as a solar-powered outdoor reading room powered.

Capanna believes the LAB is a great and welcoming space for everyone, especially kids.

“They have access to a wonderful collection of children’s books through the library side of the LAB,” Capanna said. “The arts side of the building, my studio, has given kids an opportunity to draw and paint whatever they want to.”

According to Mur­al Arts pro­ject man­ager Maria Möller, the artists have been very helpful in understanding what the community needs in order to be creative.

“We’ve been excited to have two artists working in the community and the LAB for the past 7 months,” said Möller. “They’ve been able to develop some really astounding projects responding to community needs and interests.” 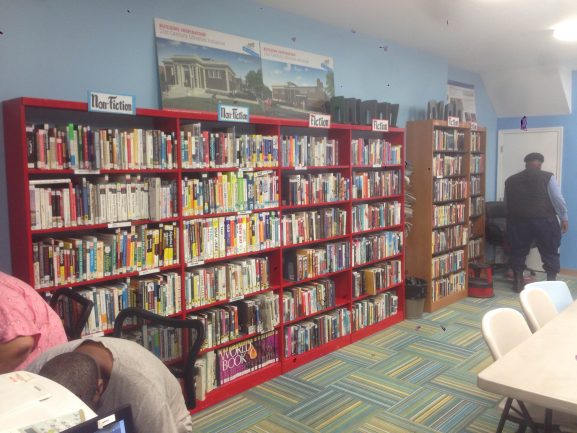 The Philadelphia Streets Department announced plans to allocate funding for the city’s first protected bike lane to be built along Ryan Avenue, between Lexington and Rowland avenues, in Mayfair. “We had a councilman who wanted [Read More]

Mayfair residents see the vacant storefronts (above) and recall a time when Frankford Avenue was a thriving shopping destination. “Frankford Avenue used to be the shopping center for everyone in the neighborhood,” said Dana Lambie, [Read More]

Operators of The Healing Way won their battle in state court and plan to open in a few weeks at 7900 Frankford Ave. The owners invited elected officials, selected business neighbors and the Philadelphia Police [Read More]