Every time Joseph Sannutti steps outside his funeral home at 7101 Torresdale Ave., he stops and spends time talking with neighbors, colleagues and fellow Tacony residents. He seems to know everyone in the neighborhood. Sannutti is active member of the community both as a businessman and as a volunteer with the Tacony Civic Association.

How long have you lived in Tacony?

“I moved to Tacony in 1977 from Germantown. I moved back out, got married and moved back in again.”

When did you open your funeral home?

When did you decide to become a funeral director?

“My friend Dennis Small and were walking by a funeral home and Dennis and I both said when we get older we’ll become undertakers and we’ll go in business together.  We maybe were 12 or 13 years old and I told my mother this and she said ‘Yeah it (would) be a good job for you; I think it’d be nice for you.’  Dennis Small today is a bricklayer and my mother kept pushing me.” 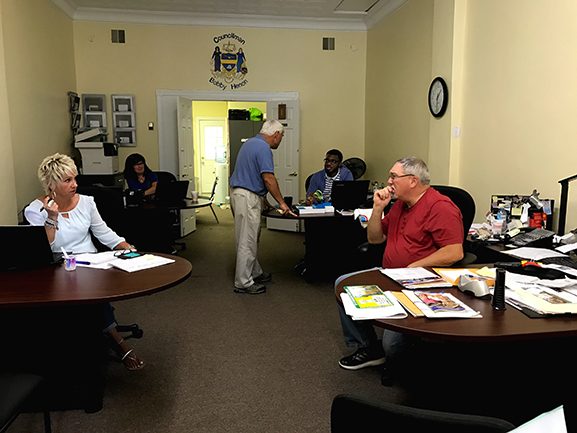 How long have you been a member of the Tacony Civic Association?

“I joined in 1982…I was 30 years old. I got involved and my peers were in their 50s and 60s; I was one of the youngest in the whole group and I loved it. You know, just to be part of my neighborhood. I was there from 1982 up until 2006, maybe ’05, and then I took a little break and they asked me to come back in again. So now I’ve been acting as president for the last five years.”

What is the purpose of the civic association?

How do you manage your responsibilities with the civic association with running your business?

“You find time and you delegate. We have a zoning chairman and when zoning issues come up, he takes care of zoning. Police matters, I have the community officer’s direct line. I can text, so I’ll voice text the problem to our community officer and he’ll relay it to the 15th District, their captain. We have bike cops too, and one of those guys gave me his number.” 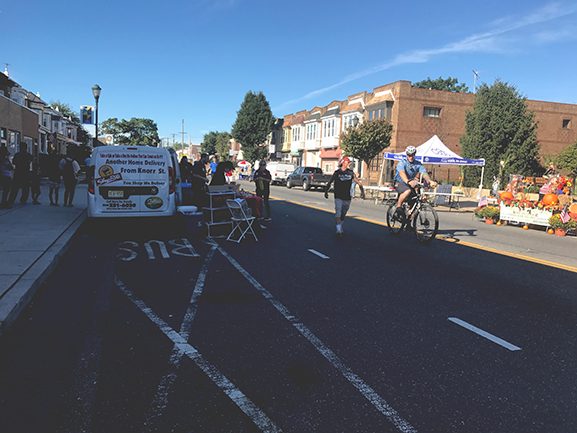 What are you most proud of?

“Well, I try to be a very good example.  I bought a property down the street, oh, maybe a few  years ago. It was a store with an apartment upstairs …  I walked down to church I saw this property was for sale. I said ‘I’m going to buy it.’ I had rented it to people, but I wanted a bakery in there because there was no bakery in Tacony. .. I got my wish, I got a bakery in there about two years ago.” 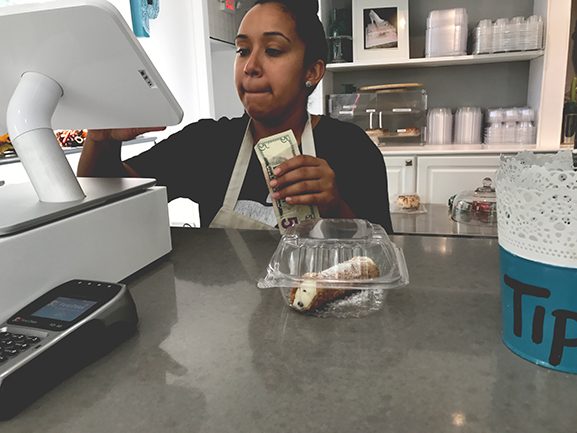 What do you see for the future of the civic association?

“You need young people in the neighborhood to come in with new ideas.  I say to them ‘It’s your neighborhood, you live here, take pride where you live.’  I’ll still be involved even after I step down, but you need fresh, new ideas.  It’s like a pool of water — it lays there too long, it gets stagnant.  You constantly have to move and get new ideas and people.”

—Text and images by Eric Michaels and Leah Murray.

Northeast: Tacony and Holmesburg Seeking Revitalization with Business and History

[vimeo 65465622] Tacony and Holmesburg are neighboring communities that are seeking a better future for their residents. Their missions are similar but their focuses are different. Tacony is taking a business first approach while Holmesburg is [Read More]

Merchants along Torresdale Avenue in Tacony have started an effort to keep the entire community clean. The idea and movement began with help from the Tacony Community Development Corporation (CDC). “When a neighborhood isn’t clean, [Read More]

As litter from the sea washed upon the white sand beaches of Puerto Rico, Doryán De Angel discovered her zeal. Fueling her fervor for the recovery of Earth’s waterways, the environmentalist is now the community [Read More]