Nancy Dung Nguyen has made her career in social justice work, focusing originally on domestic violence issues and youth organizing. Now, she uses her advocacy skills to help her own community as the executive director and one of the co-founders of VietLead, an organization that works with the Vietnamese community in Philadelphia, as well as other Southeast Asian communities.

Nguyen spoke about VietLead’s work with refugee communities in the city, its efforts to take legal action against U.S. Immigration and Customs Enforcement and Nguyen’s own philosophy on social justice work. 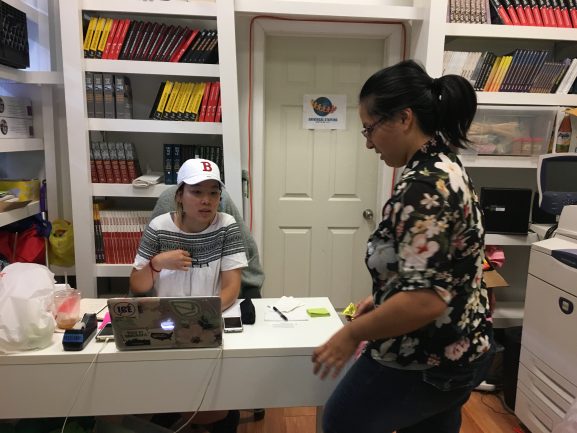 What is it like to work with refugee communities? What do you see as the biggest issue surrounding deportations?
All of our communities are under attack, and the Trump administration is using a multitude of ways to continue to isolate, disenfranchise and deport our community members. Anywhere from this issue of taking away statuses, taking away family migration as an option, the public charge issue. Two, this issue of folks with prior criminal convictions who in the past ICE did not target because Vietnam as a country would not take them back, with new pressures on Vietnam and other countries, now ICE [is] targeting more of our community members to be sent back.

And now there’s this thing that the Trump administration is trying to push that if you’ve used public assistance when you said that you wouldn’t need it, then your status would be under review, which would disrupt a lot of lives. 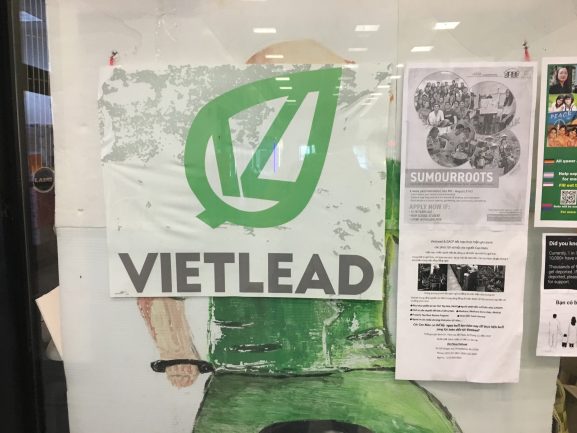 What are the legal actions VietLead is working on?
We joined a bunch of folks around the country and filed…a [Freedom of Information Act] on all of the folks that ICE has detained and or deported in Viet, Cambodian, Hmong, Lao communities [nationally] because we’re interested in all the folks who came over as refugees from the Vietnam War. Names, times of detention — basically we don’t know any of this. We know the number of folks who have been deported but we don’t know how many folks have been taken in and also how long they’ve stayed in detention, which is the real travesty.

The one that’s actually a lawsuit is done in conjunction with Advancing Justice in Atlanta, and it is a class action lawsuit on behalf of all Vietnamese folks who are pre-1995 who are currently in detention to be released. 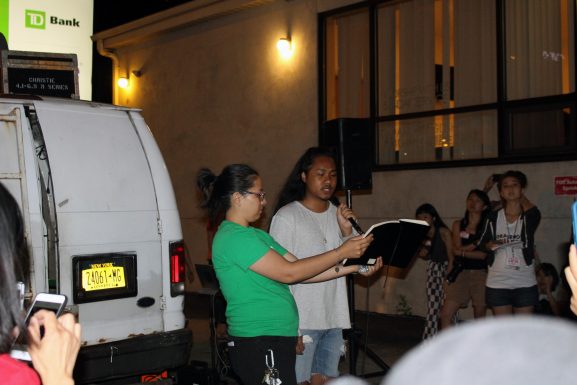 VietLead also works on registering people to vote. Among Southeast Asian communities, would you say a lot of people are registered to vote, or is it an issue?
I think broadly speaking in the Asian American community there’s a huge voter gap. Actually, in the Asian American community there’s the largest voter gap amidst all communities of color. We attribute that to language capacity. And so when you take that into consideration, being able to be civically engaged is very difficult if you’re not understanding who’s on the ballot, when you go to the polling location there’s no translation even though there should be because there’s a city mandate that all city programming needs to be language accessible. We help translate when people go to the polls because that’s what’s needed.

Could you speak to your interest in organizing through an anti-violence lens?
I actually came into the Viet organizing work with a background in youth organizing and domestic violence work. I think gender-based violence was sort of how I came to do social justice work, but in my development and in my experience living, gender-based violence is sort of like the symptom of the fact that we live under patriarchy. And a lot of the state-based violence is because we live under white supremacy and because we have systems that reify and enforce anti-blackness. And so we see that violence happens definitely at an internalized level, at an interpersonal level, but also at an institutional level.

And so I think that in our work, it becomes incumbent upon us that when we think about strategies on how to heal or how to recover or how to survive all of that, that we’re thinking about it on those levels too. I’m always trying to work with people to figure out systemic changes to deal with systemic violence. In VietLead, if our campaign is on, let’s say deportation, it’s looking at the root cause of that, which is ICE, which is mass incarceration, which is U.S. militarism. How are we looking to make changes at those levels?

Michele Hangley is a lawyer and a litigation shareholder at the law firm Hangley Aronchick. She is also a board member at the Nationalities Service Center, a local organization which provides various services to immigrants and refugees [continue reading…]

As the daughter of immigrants, Councilwoman Helen Gym has dedicated much of her time in public service as an at-large member of Philadelphia City Council to advocating for the city’s immigrant and refugee communities. Gym [continue reading…]