Five months into a $12.1 million repaving project on Lincoln Drive, Mount Airy residents prepare for the rebuild of the Allens Lane Bridge, set to begin in April. Between the two projects, residents can expect to see roadway construction in their community for the next three years. 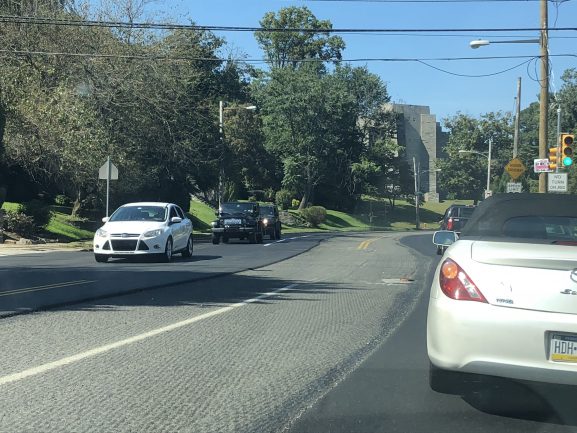 “This project, and I’m sort of embarrassed to say, this project has been in design for 20 years,” Michael Holva, an employee of the Pennsylvania Department of Transportation, said.

Holva, who is the project manager for the Allens Lane Bridge (pictured below), is one of several representatives who met with residents on Thursday, Sept. 27 at the Germantown Jewish Center to hear concerns regarding the two projects. Included in the panel of officials were David Dlugosz, a traffic engineer from the Philadelphia Streets Department, and Michael Cuddy, the design engineer from the consulting firm TranSystems.

Contract bids are set to begin Nov. 1, with the project expected to begin in April of 2019 and be completed in April of 2021. The Allens Lane Bridge will be closed for the duration of the project, with detour routes on Germantown Avenue, Washington Lane, Wayne Avenue and Lincoln Drive.

“PennDot can use non-state highways if they have the city’s blessing, but the other roadways that are options would have other drawbacks,” Dlugosz said. “Like, do you really wanna detour people down Mt. Pleasant, for example?”

The main concerns for many residents were the road closures and detours necessary for the construction. Meeting attendees asked if school buses and trash trucks would be able to turn around and get to all the stops in an area so full of one-ways and narrow roads.

Marsha Stender, a librarian at the Lovett Memorial Library, was specifically concerned about the construction’s effect on the SEPTA station the bridge runs over.

“Will SEPTA be at all affected?” Stender said. “Will the train schedule be the same, and will pedestrians be able to go up and down [the street] the whole time?”

Cuddy explained that the SEPTA station will continue to function and remain open during the process, and it is those accommodations for the station that are causing the extended length of the project.

Pedestrian traffic will alter throughout the three stages. During stages 1 through 2a, which will take place April 2019 through April of 2020, foot traffic will be diverted off of the bridge and through the SEPTA station footbridge. Foot traffic will reopen in stages 2b and 2c, as pedestrian will be able to walk along the bridge on the north side of Allens Lane. This will occur from April through June of 2020. 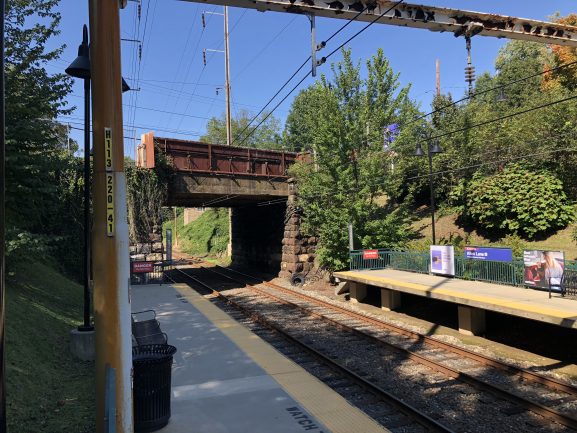 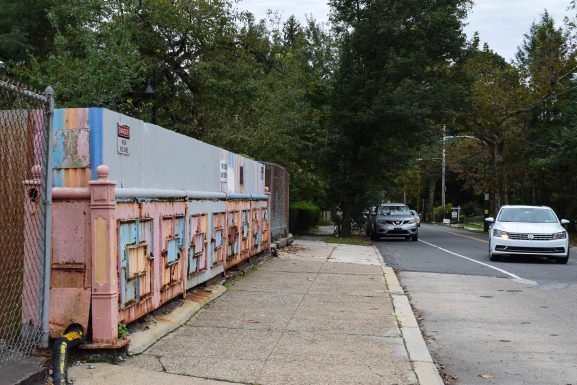 Resident fears have only been heightened by the current repaving project taking place on Lincoln Drive. A $12.1 million restoration project that began in April this year, drivers have seen lane closures, increased traffic and complete shutdown of the road between Ridge and Wissahickon avenues on weekends during the month of July.

The year-and-a-half long project is anticipated to end in December of 2019, meaning that residents will have to endure three years of altered traffic conditions between the two projects. 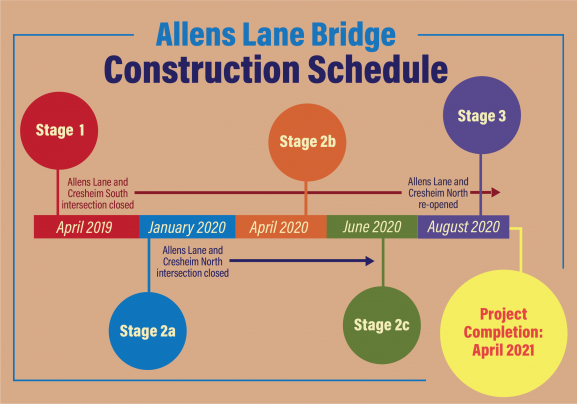 “We need your voice,” said Pierce. “We are building this community, together.”

-Text and images by Michaela Althouse and Morgan Slutzky.

The Brewerytown section of Philadelphia has had its highs and lows but right now, it’s on the rise. Businesses are moving in and plans are being made for the part of the city that was […]

The Mt. Airy-Nippon-Bryan-Cresheim Town Watch was originally started as a town watch 25 years ago but has become so much more since. Steve Stroiman, the coordinator for the neighborhood association, realized in order to stay […]

While the cliche might state “a good deed never goes unnoticed,” that doesn’t quite hold true for these five women you need to know. Collectively they’ve harnessed their skills and passions to give back to […]