Robert E. Lamberton High School is one of three proposed schools to close in Overbrook as part of the School District of Philadelphia’s plan to close and consolidate 37 public schools.

Lamberton High may have a second chance this week.

The School Reform Commission accepted 35 proposals and will revisit certain schools before voting on closures.

The SRC will revisit proposals from the Overbrook community at 6:30 p.m. on Wednesday at Overbrook High School.

But Marla Travis Curtis, principal at Lamberton Public School, said she is unsure if Lamberton’s partial closure will be revisited.

The District plans on closing and consolidating schools to create K-8 elementary schools and 9-12 high schools. Lamberton High School hosts children from kindergarten through 12th grade in one building. The proposal would eliminate grades 9-12 at Lamberton.

“The children who are my seniors I’ve seen grow since second grade,” Curtis said. “I’ve helped raise them; parents feel very comfortable sending them here because they know me and what’s expected of them [the students] in terms of education.”

“I’m just hoping the superintendent will come in and see all the great things that are going on,” Curtis said. 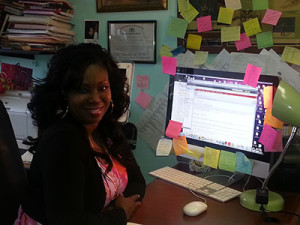 “I took over the high school when we became a K-12 school in July 2011 and since then we’ve done a lot of work in terms of climate, in terms of instruction, to make things better here,” Curtis said.

If the school district continues with the plan to close Lamberton, students from will be reassigned to Overbrook High School, which is about two miles from their current school and across Morris Park.

“Students don’t know if they’ll be issued trans passes or not, and if they do not get trans passes most of the children will have to walk across 63rd street, and our children are not comfortable with that,” Curtis continued.

“The Office of Transportation and the Office of School Safety have been working with city police and SEPTA to determine the safest way for students to travel to and from school,” Deidre Darragh, manager of media relations for the School District of Philadelphia, said.

“Closing buildings is one of the many difficult things we must do in order to make new investments in our schools, rather than continue to pull money out of them,” Darragh said.

Last year, the school district cut nearly $400 million and reduced staff in its central office by half.

This year, the District borrowed $300 million to cover expenses and next year there are plans to cut an additional $150 million.

The School Reform Commission will hold public hearings February 21-23 before their final vote on March 7.

To address the SRC at a hearing register with the Philadelphia School District Office of Parent, Community and Family Engagement no later than 4:30 p.m. one business day prior to the hearing you wish to attend. The office can be reached at (215) 400-4180.

In the summer of 2017, through a generous donation from Lew and Janet Klein, PhiladelphiaNeighborhoods.com invited five former students (Jonathan Ginsburg, Jared Phillips, Ramona Roberts, Brianna Spause and Bob Stewart) to participate in a fellowship [continue reading…]