For Amenah Claiborne, her role as center director at Simons Recreation Center doesn’t feel like work. Instead, her job reminds her of a family, one that is helping to provide a safe haven for kids living in the West Oak Lane community.

Claiborne has worked within Philadelphia Parks and Recreation for 18 years. After graduating from Temple University with a bachelor’s degree in physical education, she began working at the Carousel House as the assistant rec leader of a camp that serves kids with disabilities.

“After doing that for three years, I took the test and I became an ARL [assistant rec leader],” Claiborne said. “I started off at Island Road and I ran the facility with the leader that was there and I’ve also worked at Eastwick Rec Center.” 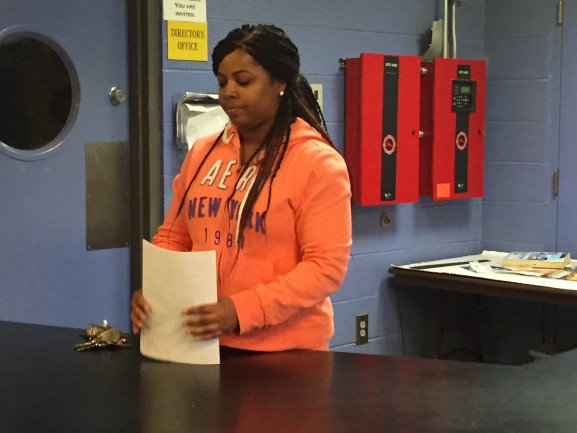 Claiborne (above) has dedicated her life to serving her community. She has been the director at Simons for the past two years, but worked as the assistant director back in 2004 giving her a total of five years and counting working with the community of West Oak Lane.

“We’re a safe haven for the kids. We try to expose them to different avenues. We do take the kids out to neighborhood things and activities that they wouldn’t do on their own, particularly with their family,” Claiborne said.

Trips have included horseback riding, skiing, and even whitewater rafting, which aren’t your average adventures.

Claiborne has been working toward her master’s degree in occupational therapy at the University of the Sciences. Her motivation stems from the therapeutic aspect that recreation can provide for people. 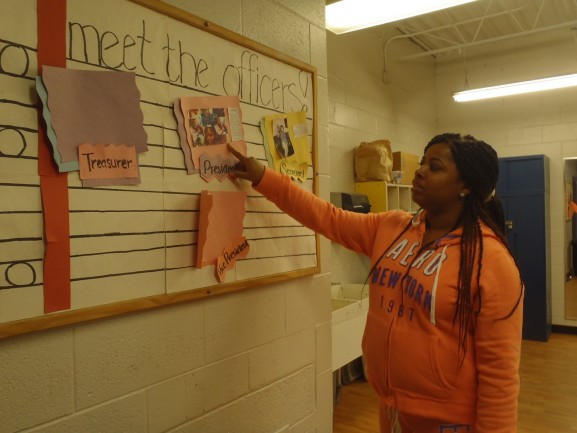 “Besides just doing a recreational activity, we almost play a role as surrogate parents to some of the kids here,” Claiborne said. “If there’s any way that we can help — whether it’s physically, social or emotional — we try to be that person for those particular individuals.”

Annette Hammie, the after-school instructor at Simons, said she sees Claiborne as more than just a co-worker.

“I enjoy working with her because she makes you feel like she’s family,” Hammie said. “So when she asked me to come here, I didn’t do it immediately, but I said, listen, I need to go there and be with family.”

Family is a core theme at Simons Recreation Center thanks to Claiborne and her dedicated staff. The close-knit group makes her job enjoyable and she can’t imagine it any other way.

“Once you get to know the particular parents and the kids and everything like that it’s almost not work. It’s almost like this is my kid also, this is my sister.” Claiborne said.

No stranger to overcoming adversity, Claiborne understands how important it is to be there for one another. A few years ago, she was diagnosed with Neuromyelitis optica (NMO), but even after becoming ill, she returned to Simons Recreation Center for the children she sees as her own. 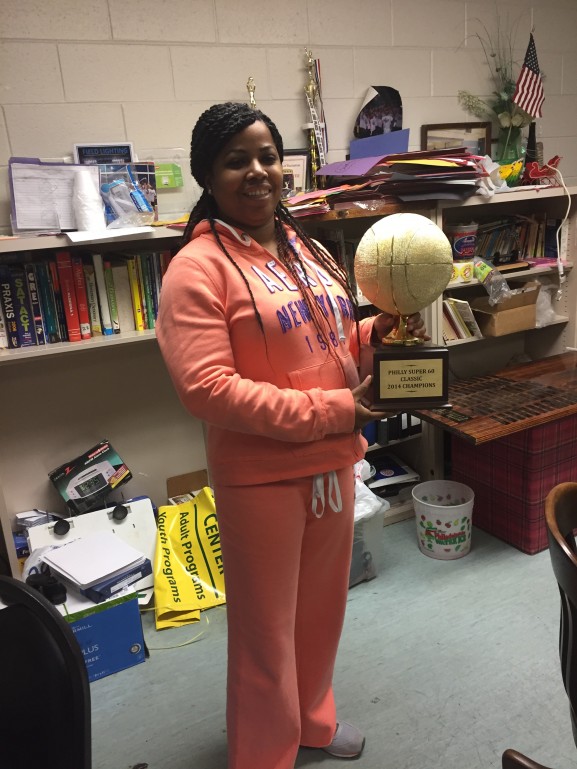 Claiborne didn’t know how much of an impact she had on the lives of the children until she was ill and could not come into work for some time. She was shocked to find how much support she had from them and their families.

“It was so much of an outpouring of love that I didn’t think I was going to get. You know, sometimes you get friends and stuff, but I had kids calling me on the phone or sending things through family members and stuff like that and it was really touching.”

Marcus Williford, a worker at Simons Rec, looks up to Claiborne.

“She made me work harder and set me on the right track,” Williford said.

Claiborne strives to be a support system for all members of the rec center, workers and children alike.

“The best part [about my job] I think would be the influence that I have on the kids,” Claiborne said. “It makes me proud to see kids that I had influence on through the years.”

Co-worker Martila Turner describes Claiborne as not only a people person, but also a kid person.

“I enjoy working with her,” Turner said. “She is very inspirational and motivational. She does try to outreach to younger kids to get them involved in activities.”

Claiborne strives to offer the kids in the community a variety of fun things to do. 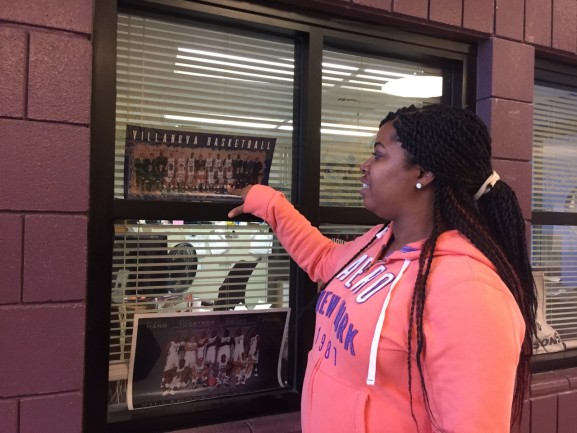 “Some of the things that we do with the kids, I didn’t do as a child. So, it’s kind of letting me relive some of my youth and some activities that I wasn’t able to do,” Claiborne.

Marcus Whaley, another co-worker of Claiborne’s spoke highly of the center’s leader.

“Spectacular. She’s spectacular,” Whaley said. “Her willingness to help, that’s big in rec. It’s been an amazing opportunity to work with her and for her.”

— Text and images by Talore McBride and Chelsea Ann Rovnan.

Young children played and screamed happily at the Lenfest Center on N. 10th St in Hunting Park as Gil Motley arrived for his chess club. His infectious smile and personality captivated the space as he [Read More]

A chanting voice flows out of the top floor windows of the Chua Bo De Buddhist Temple in South Philadelphia. A drum beat signals the followers to recite the mantra. Draped in plain blue robes, [Read More]