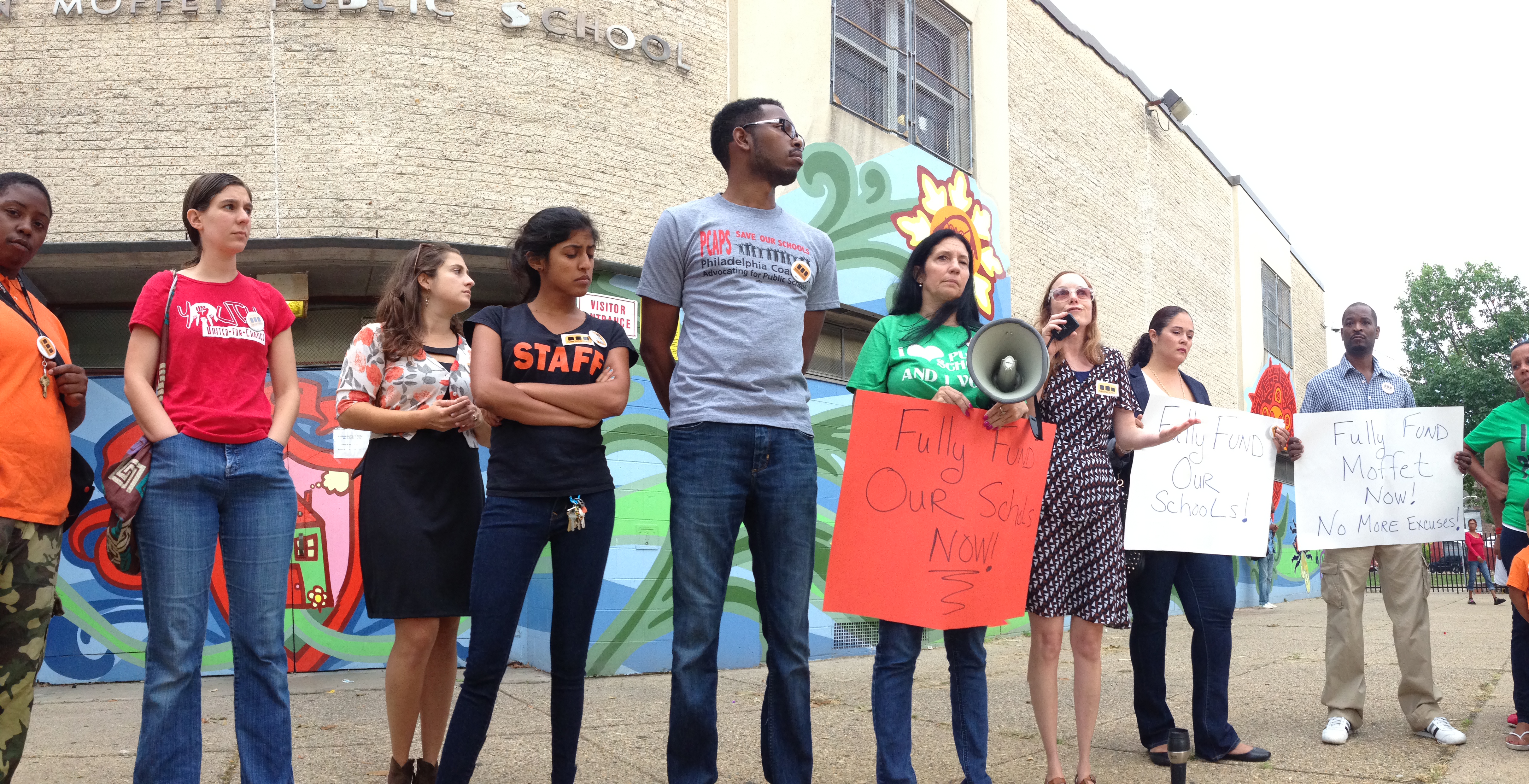 In an effort to draw attention to school funding, the Philadelphia Coalition Advocating for Public Schools held its “Full Funding Friday” at John Moffet Elementary School in Kensington last week.

Roughly 15 members of the group, some of them parents, campaigned at the school last Friday morning, chanting “Full funding now!” and handing out buttons to children as they walked in. The PCAPS campaign is aimed at advocating for school funding for the district, which has been ravaged by deficits and financial problems in recent years.

Vicki James, whose daughter is in second grade at the school and has physical and cognitive disabilities, said she was at the event because of the conditions the students and teachers are working in.

“It’s not just my daughter, it’s every child,” said James, adding that many Moffet parents who are unsure of how to navigate the school’s disability resources are now left to their own devices without a school counselor. “I want something better for my neighborhood.”

Others like Cheri Honkala, 50, whose son was at Moffet and now attends the Masterman School, said she hopes elected officials get their message and work on a solution to school funding.

“They were elected to be our servants,” said Honkala. “It’s time for them to put a pause on all that they are doing [and fix the schools].”

Julius Rivera, one of the leaders of the Friends of Hagert Street Playground, has been passionate about cleaning up the park and making it a safe and enjoyable space for children to play since he moved to [continue reading…]