Kenneth Blood, 66, is a lifelong resident of Philadelphia. In the 35 years he has lived in Kensington, Blood has devoted his time providing rehabilitated addicts with transitional living at Trinity Presbyterian Church.

What is your philosophy in terms of your role in the community, specifically Trinity Presbyterian Church?

There are people that go to church just to attend church on Sunday and then go home. My general feeling is that if you’re going to attend an organization, is that you’re called to participate and do something. We all have skills and so we should donate and do what we can do. That can be from helping clean the church or polishing the brass work up front. I do anything from fixing locks to painting doors. I do things that need to be done. 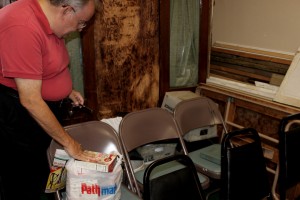 How has Trinity Presbyterian changed over the years?

We started at a large stone church at the corner of Frankford and Cambria and it was an aging congregation, but we couldn’t afford the building, so it folded. We sold the church for $30,000 and the church that came in was a Cambodian Baptist Church. Trinity is now at 2905 Frankford Ave, which was originally a drug rehabilitation project and is now a rooming house project. There’s no abundance of money, but an abundance of need.

Can you tell us a little bit more about the building’s history before Trinity Presbyterian came along?

It was a supposed halfway house that was owned by a Philadelphia police officer, which was sold before other legalized action was taken. Then, we picked it up and ran it as a halfway house for a while, realized we had more assets available than to just do that. When a person comes out of their rehabilitation, they need a place where they can afford to stay. A lot of the residents are on some sort of assisted living and the other problem is getting a job. I’ve helped to generate a program to help the residents learn a skill to help transition them back into the job market.

How has the union between the church and the boarding house been since the merging?

We’ve had some successes and failures. For example, right now, there is one gentleman who is not transitioning from the halfway house to independent living. 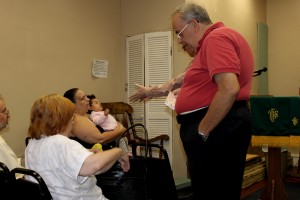 What other religious ties do you have regarding the community in Philadelphia?

I am also a mason. I belong to the Abington Royal Rights Chapter. Once you get into the idea of doing things, you always are looking for something to do and be a part of. It’s opportunity and it’s seeing change in making your community a better place.

Outside of Trinity Presbyterian, how do you feel you’ve been represented in your neighborhood?

With Fishtown Neighbors Association, I realized that I was in an area that wasn’t covered. Then the NKCDC [New Kensington Community Development Corporation] came around then and said that there was a community organization developing in my area, but I hadn’t heard anything about this happening. So, I went around and I printed a bunch of flyers and told people in my area that I was having a meeting for this exact purpose, to develop a neighborhood association where our neighborhood is actually be represented.

Since your advocacy to develop representation of your neighborhood, how else have you been involved?

I occasionally help with the EKNA, which is the East Kensington Neighbors Association. We clean the neighborhood up [and] run the arts festival. I got involved because I saw that they were actually doing something, even though I am technically outside of their area. It’s a matter of what you do in the neighborhood that surrounds you. 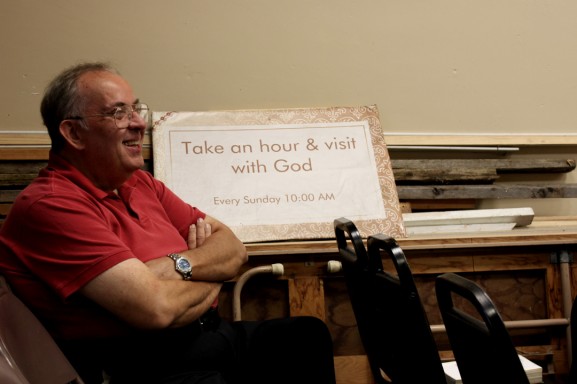 Fishtown: 5 People You Should Know

What do two fashionable shop owners, a church thrift store founder, a police sergeant and an art gallery owner have in common? They represent the myriad of identities found in one of Philadelphia’s most rapidly [continue reading…]

As the season changed from winter to spring, Winter’s Bridge, an art exhibit in the Pile of Bricks building, came to an end.  However, the next time Pile of Bricks will open its doors will [continue reading…]