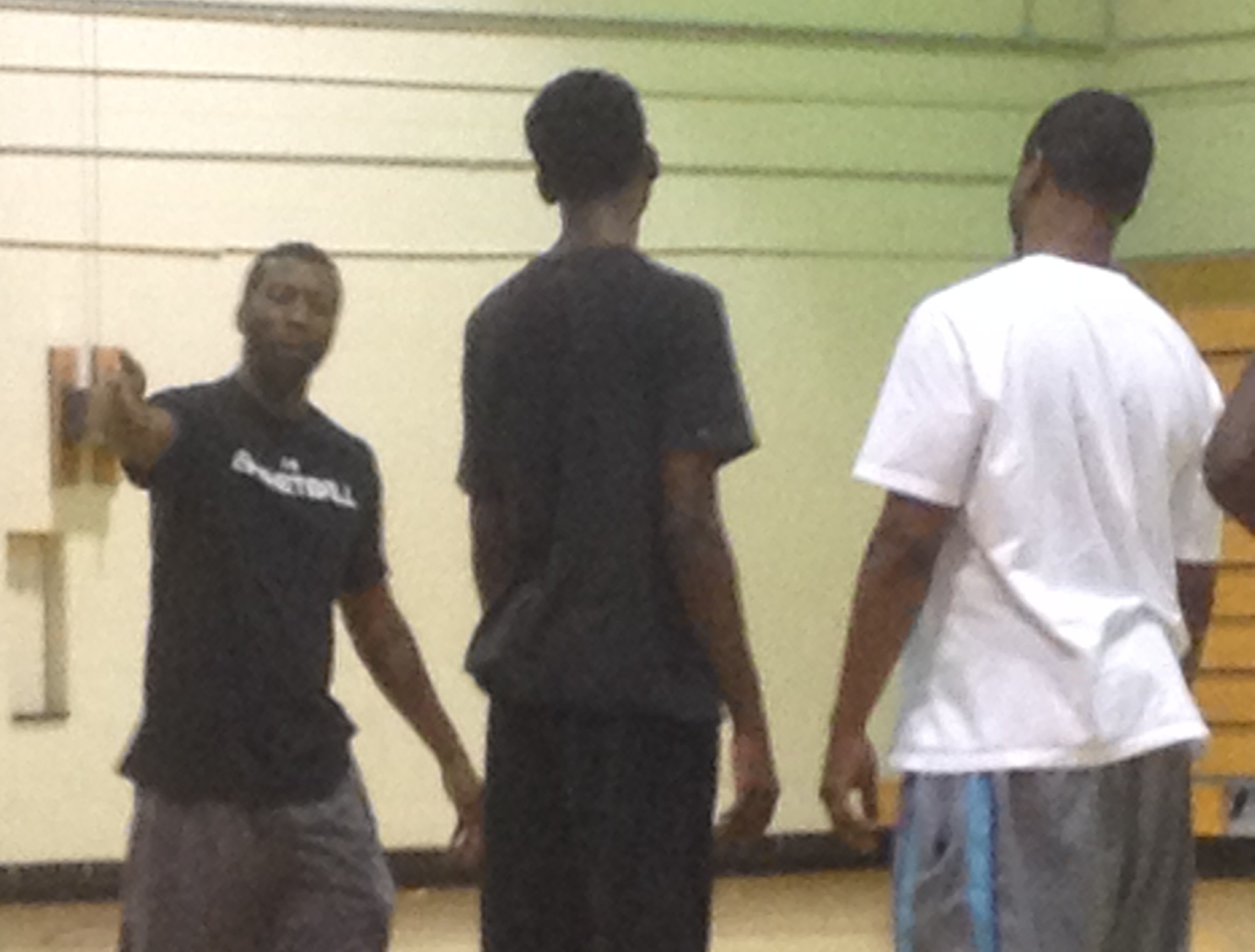 A Philadelphia native who spent 12 years playing in the NBA, the United States Basketball Leauge, the Continental Basketball Association and overseas, Colson is confident that his professional background will transfer into the King program.

“I’m out to win,” Colson said. “Everything I’ve been a part of, professionally or college or high school, I’ve won. So I want to continue that as a coach. I told the guys last year that we have to set our own standard and make our own tradition. As long as I’m there, I feel as though Martin Luther King players will get developed and get better. Other players will want to come and play for me.”

Both junior Sam Foreman and sophomore Tyheem Harmon, two new faces at King, said that the chance to work with Colson and build the program was one of the reasons they transferred.

Throughout his time playing basketball, Colson has been able to form his own ideas as to how to run a basketball program. Last year was his first chance to implement those ideas, as King became his first ever coaching job after retiring as a player in 2010.

“I kind of had my ideas of how the game is played in a system, defensively and offensively,” Colson said. “I just feel like I’ve learned from a lot of great coaches, for myself and out of my own imprint and my thoughts.”

While basketball is such a big component, Colson feels the education and the improvements to King, now a charter school known as The Promise Academy at Martin Luther King High School, will have players considering the school as a future option.

“I look at it as the education issue is sometimes a barrier because parents think that these charter schools are a little better than the public schools,” Colson said. “But we have a lot of really good, new organizations and things that kids can be involved in. The education system is a little different, a little better than a normal public school. For basketball, we’re a big option but as long as the education improves and continues to do well under (principal) William Wade’s guidance, it will be a little easier.”

As Lorraine Cameron walked through her three-bedroom house in Germantown she recalled what she will miss most when she becomes homeless. Cameron, 54, has worked since she was 14. She has found herself without an [continue reading…]

If there was ever a community politician, Greg Paulmier would be it. Block by block, the Germantown native is recognized by residents with friendly hellos and support for his upcoming race. Paulmier is running for [continue reading…]