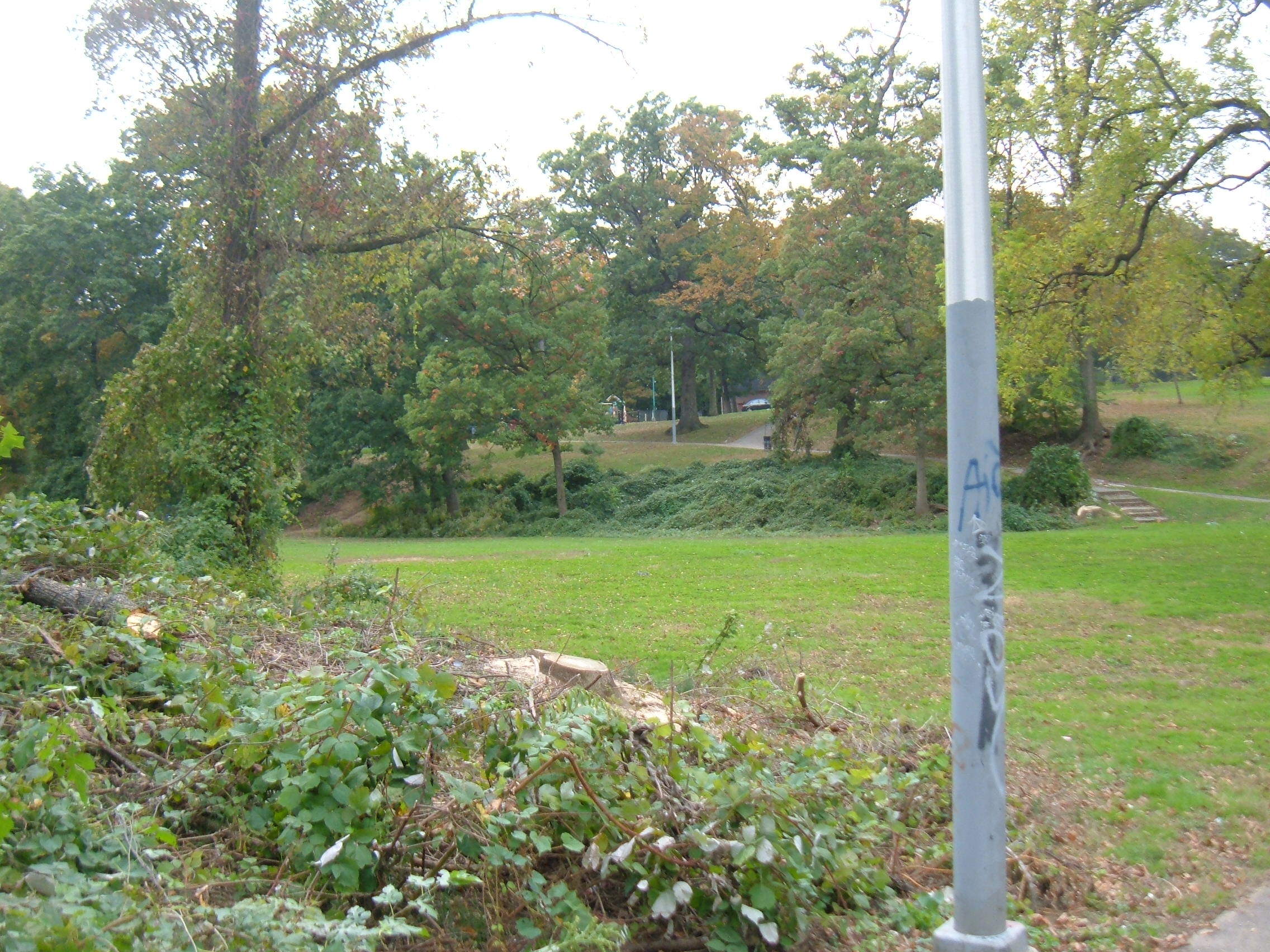 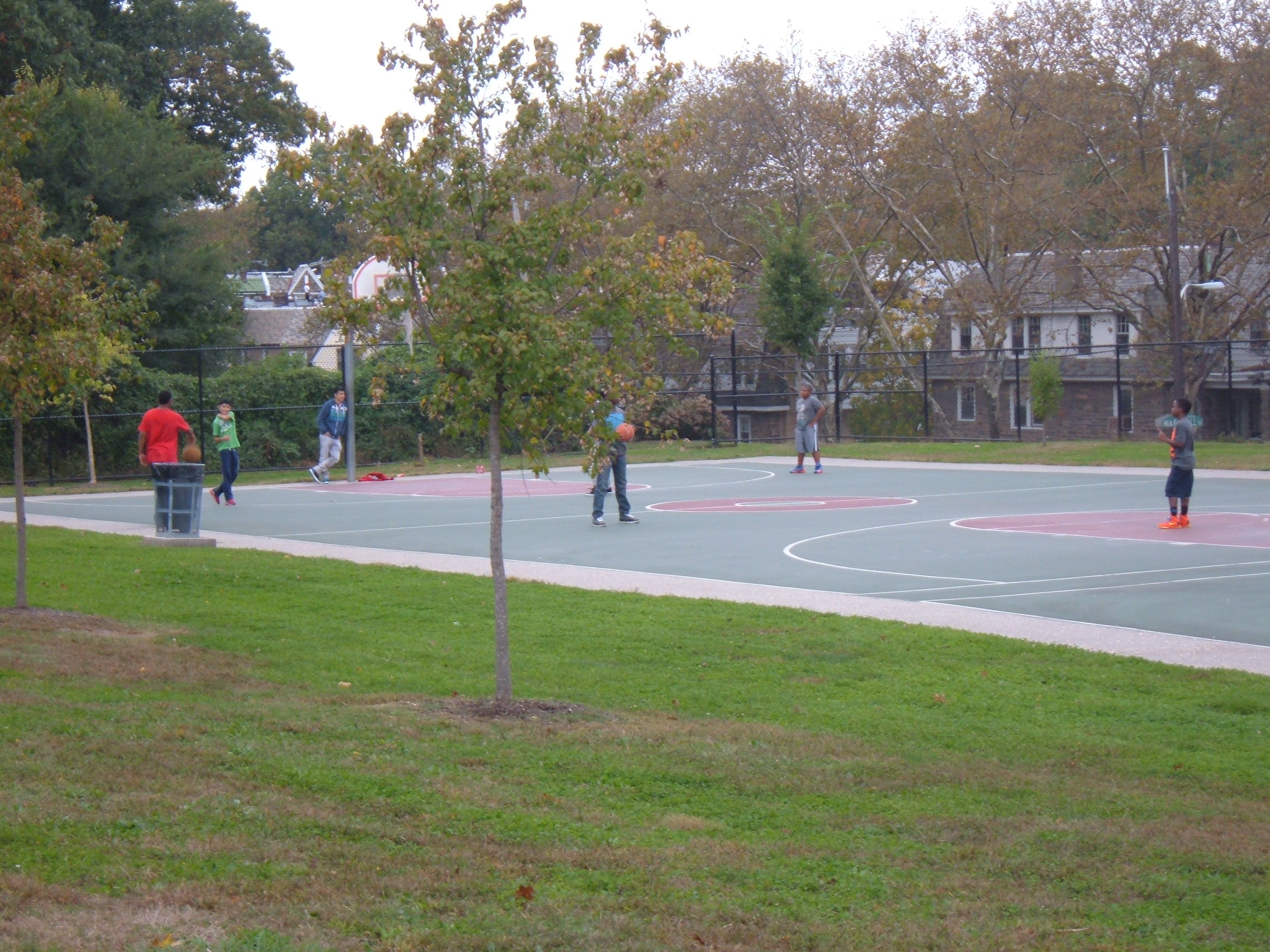 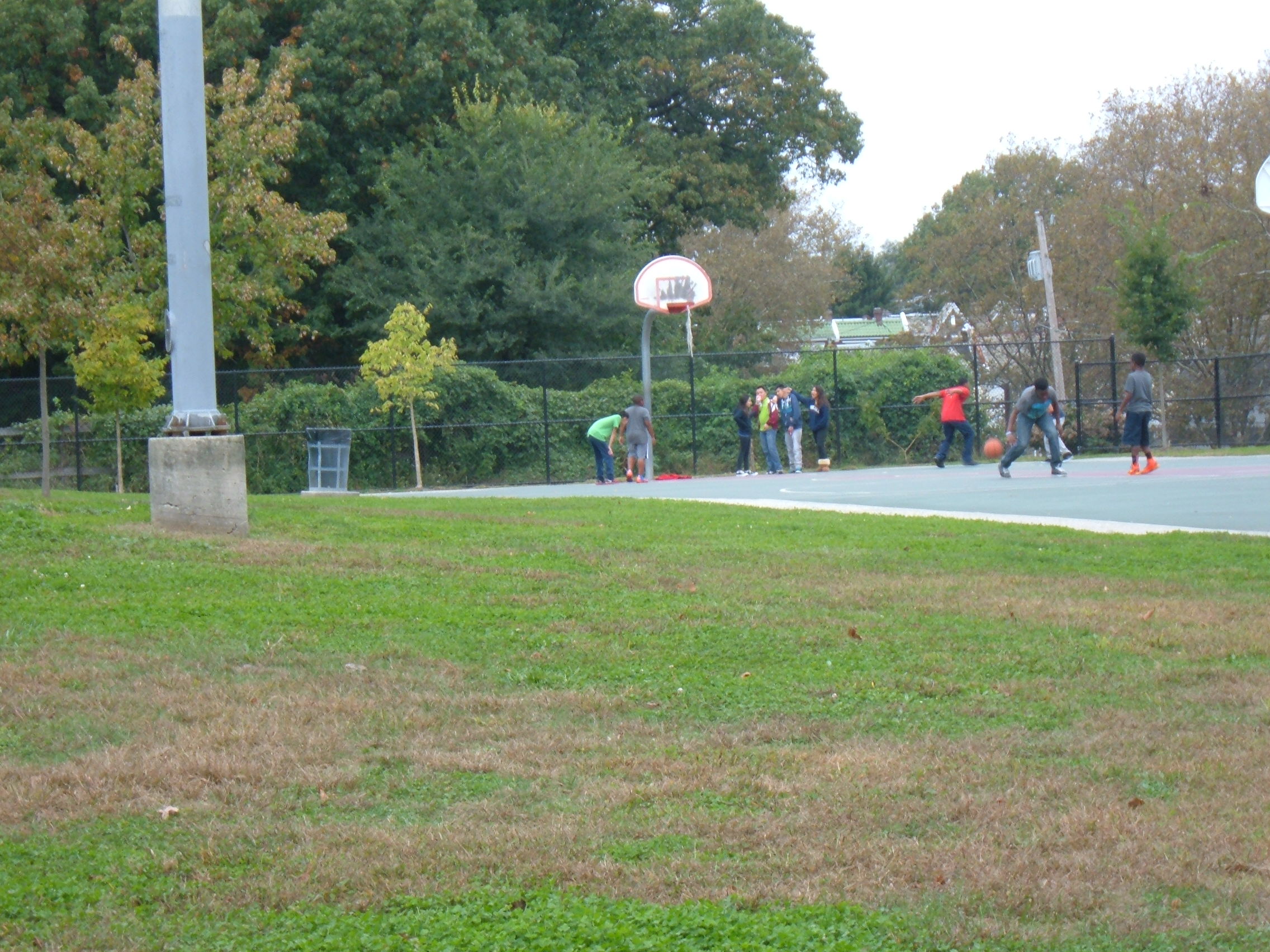 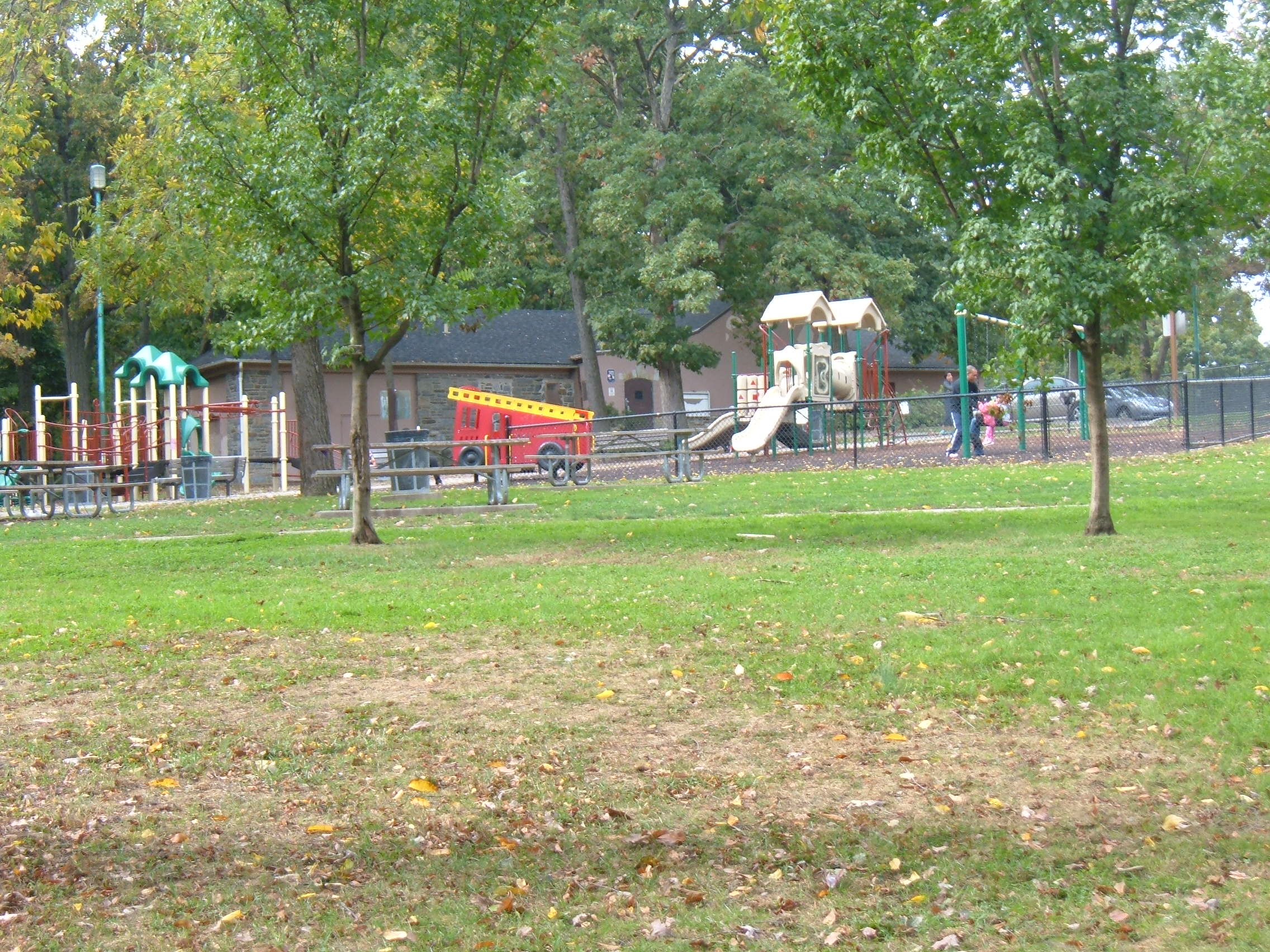 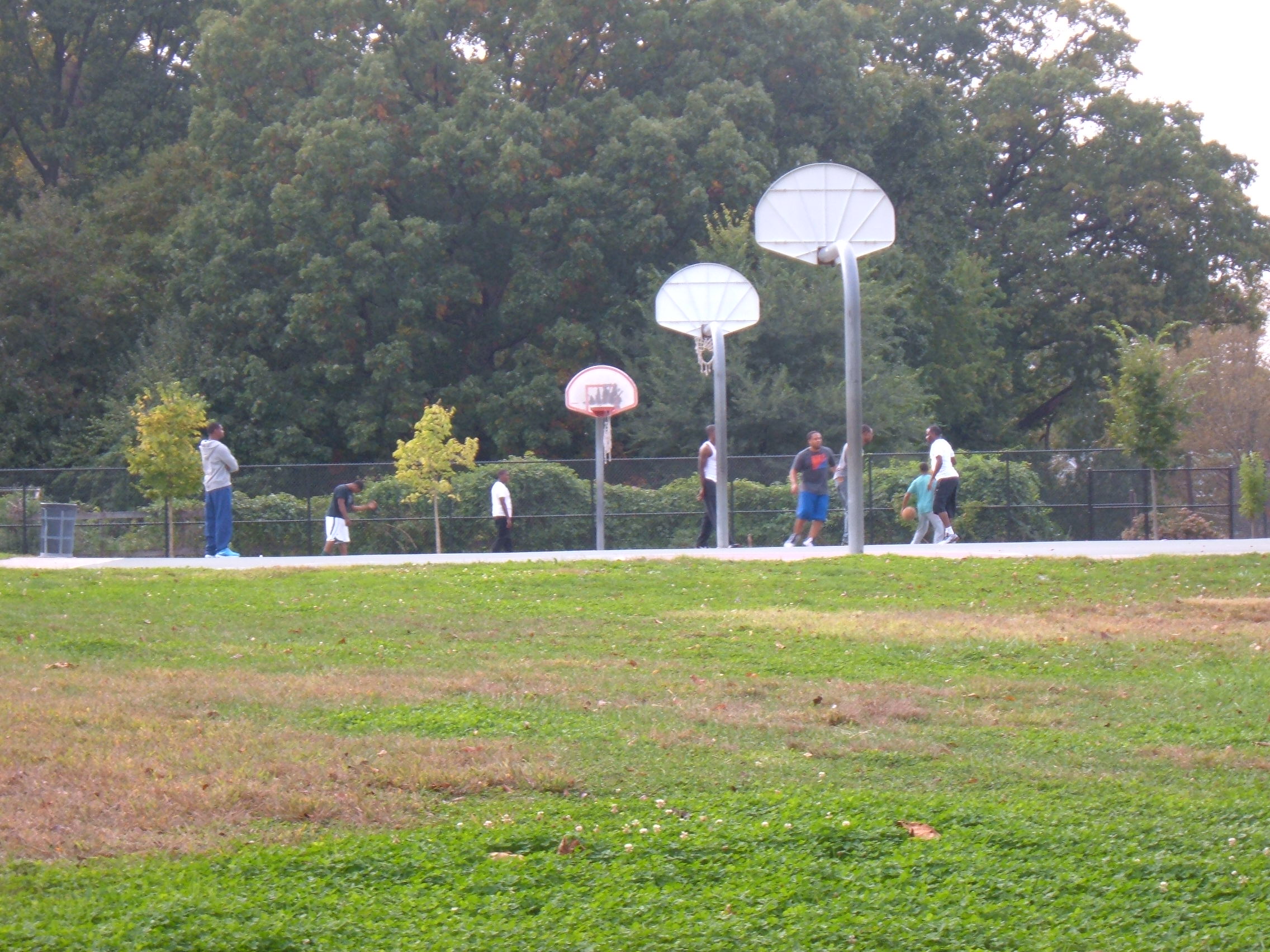 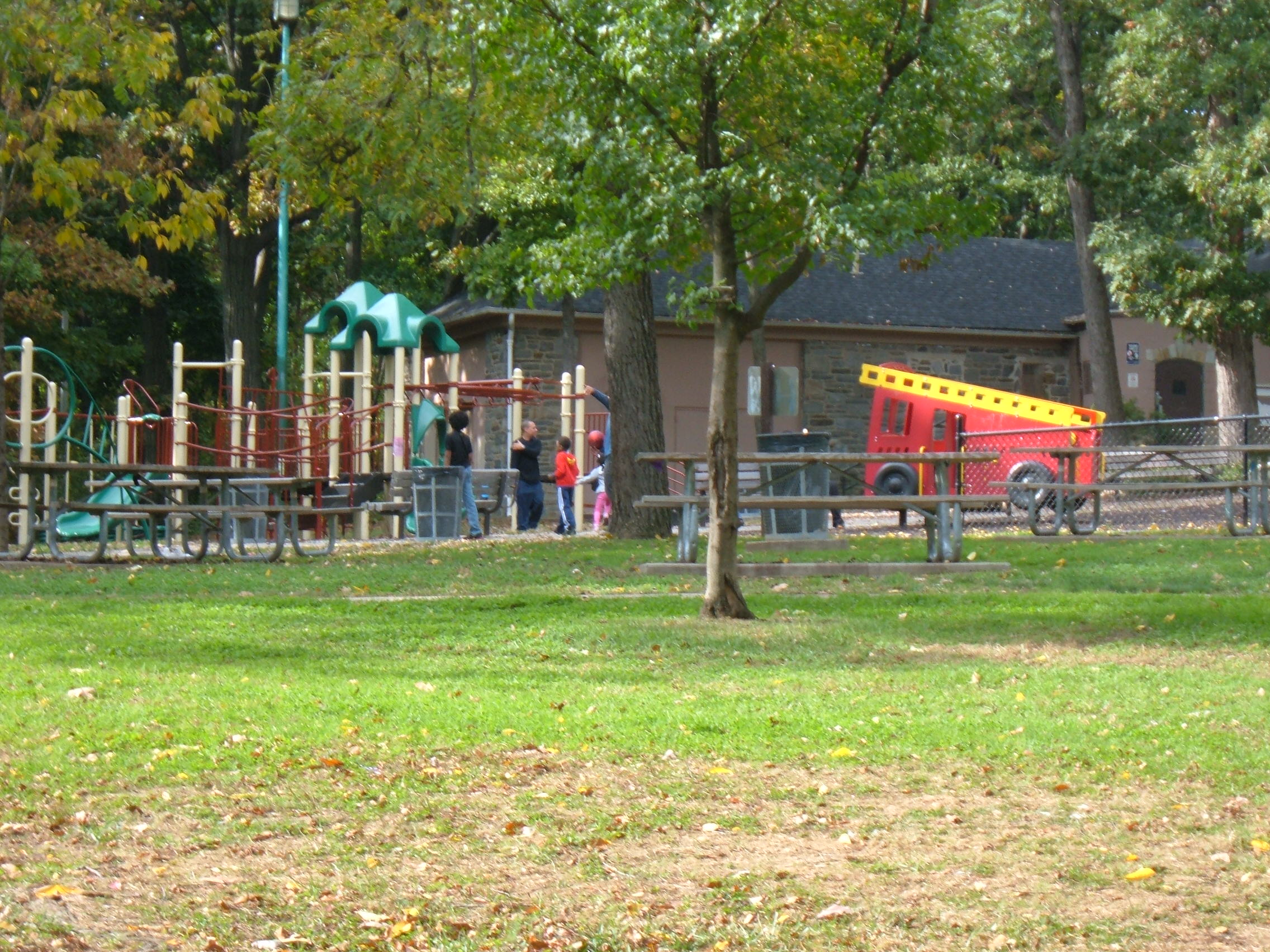 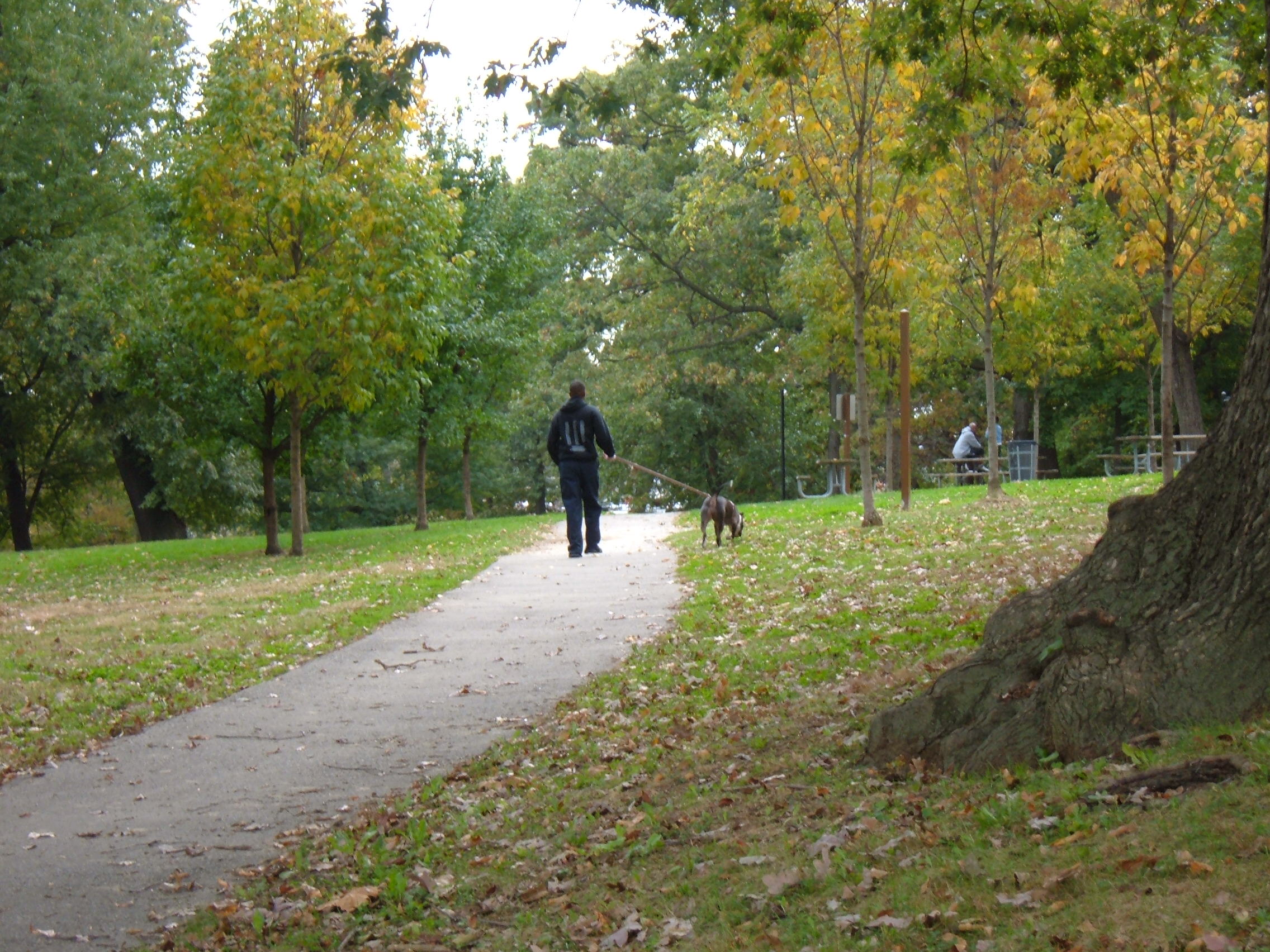 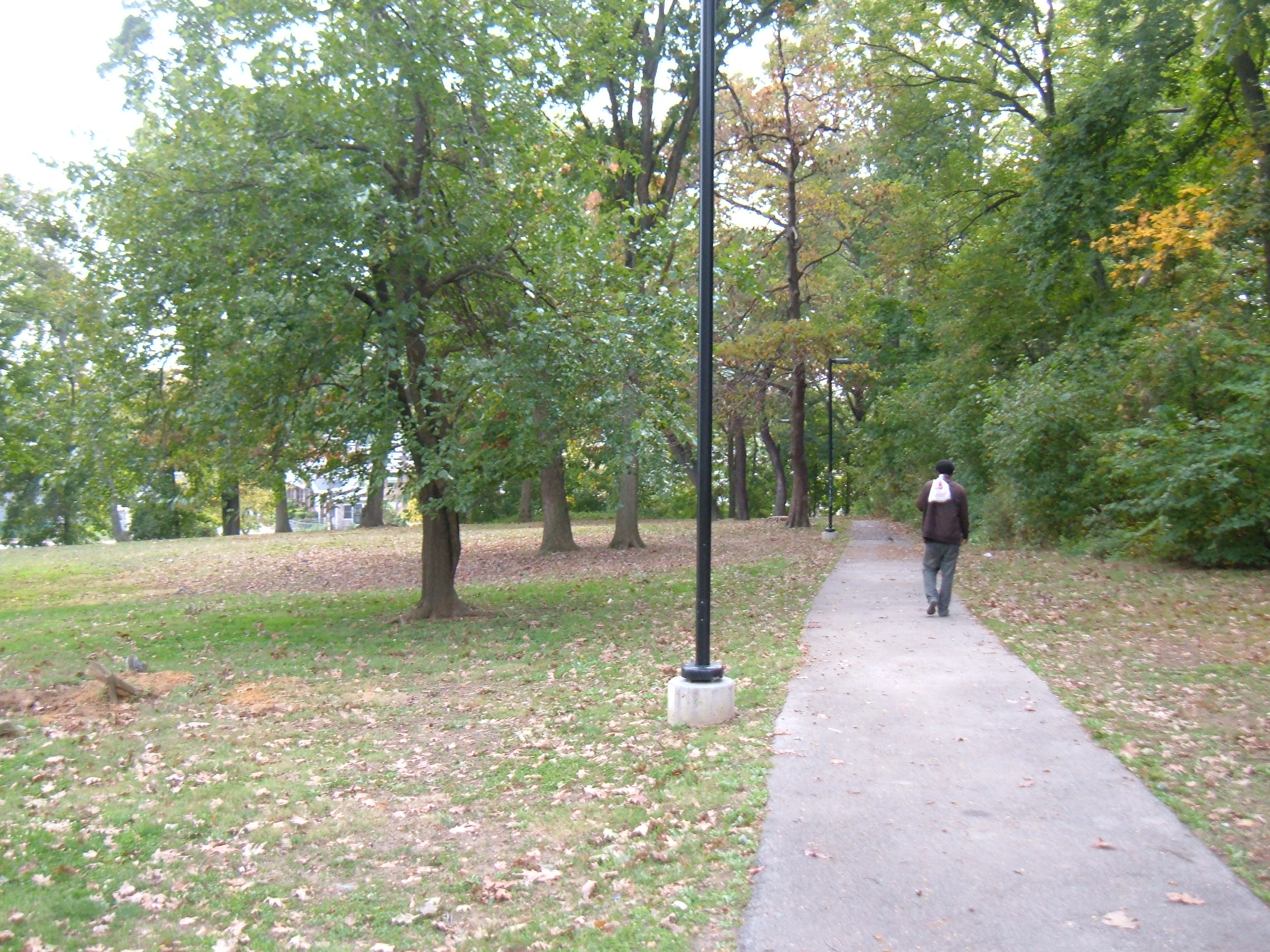 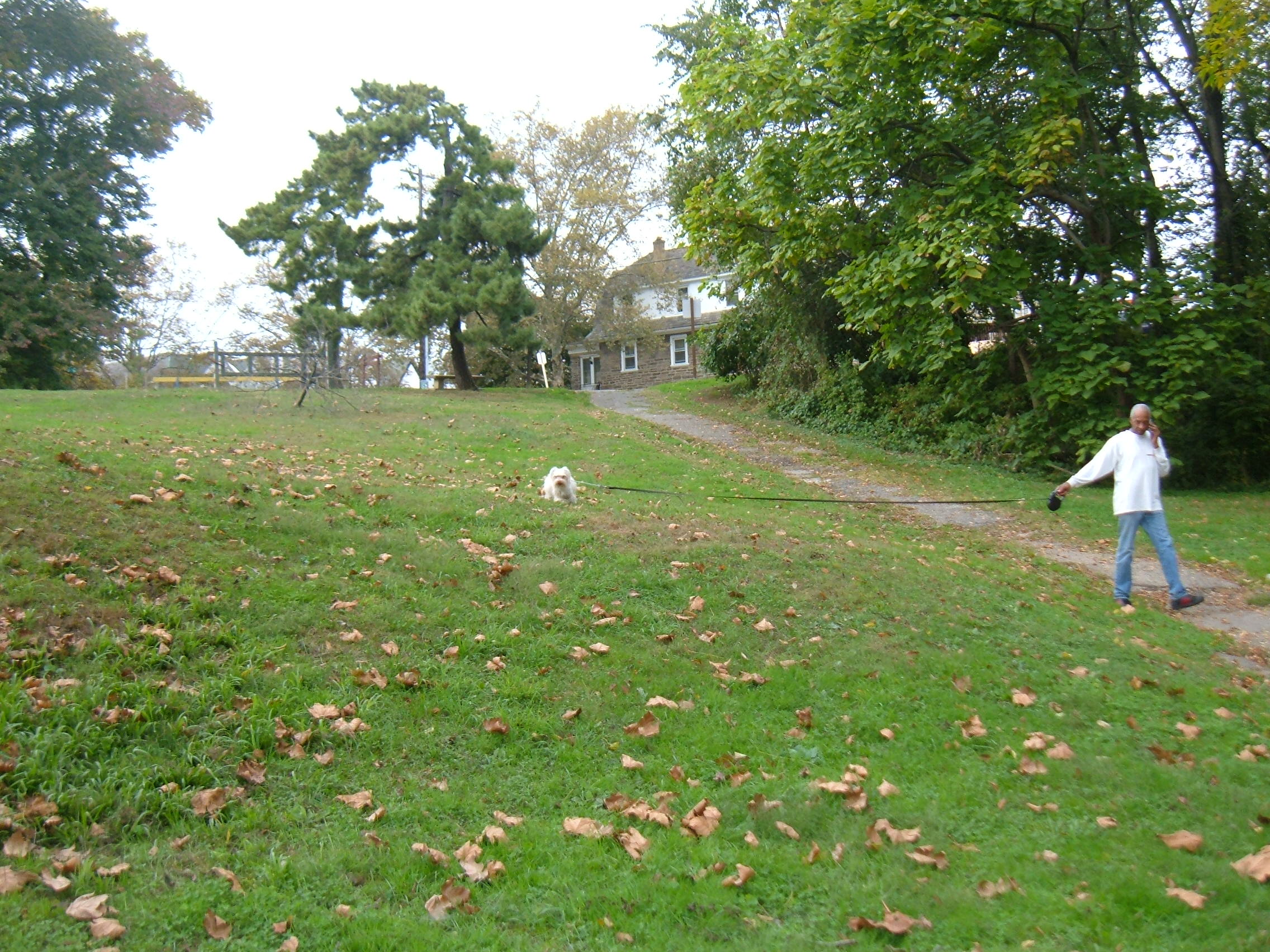 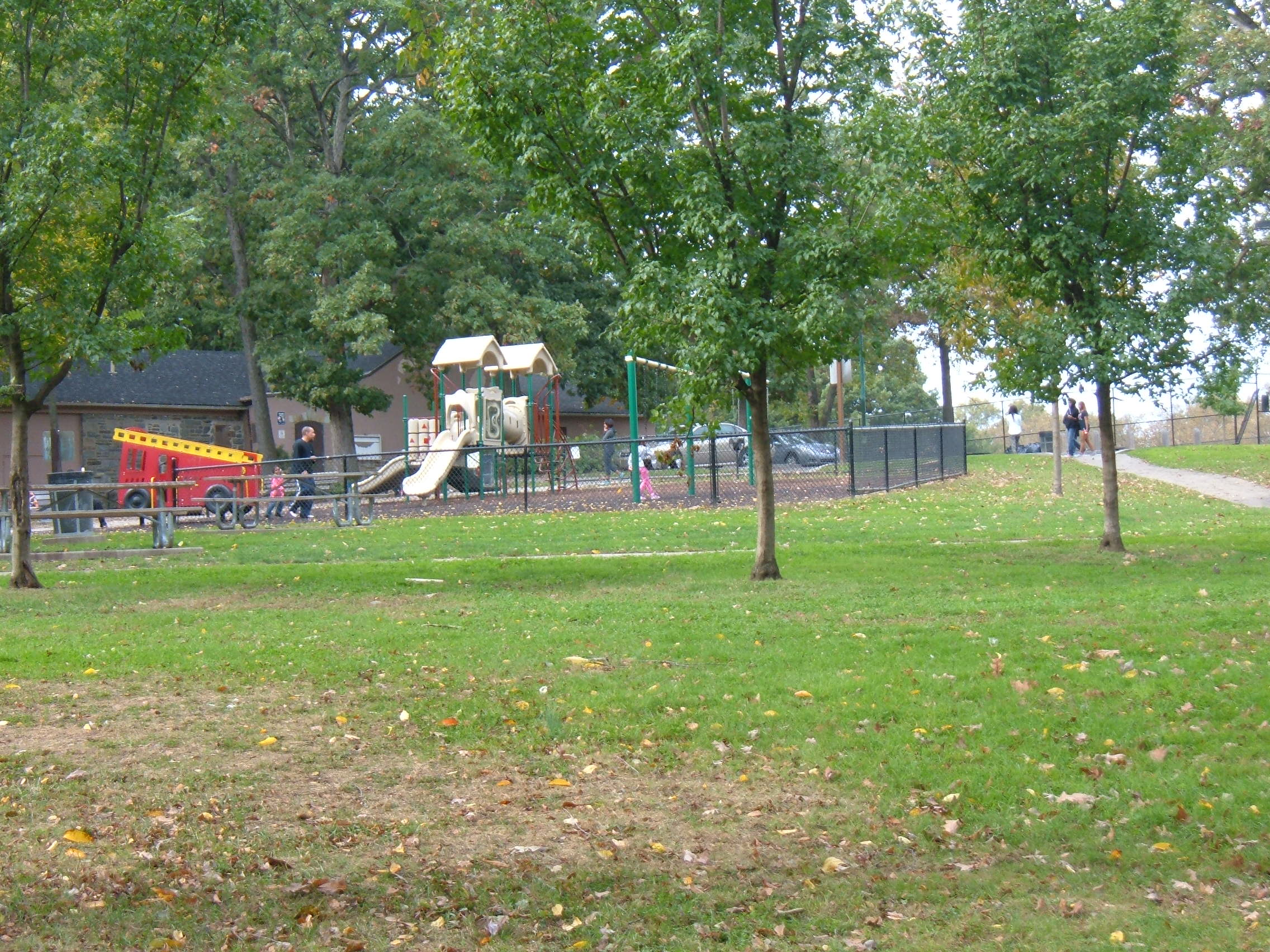 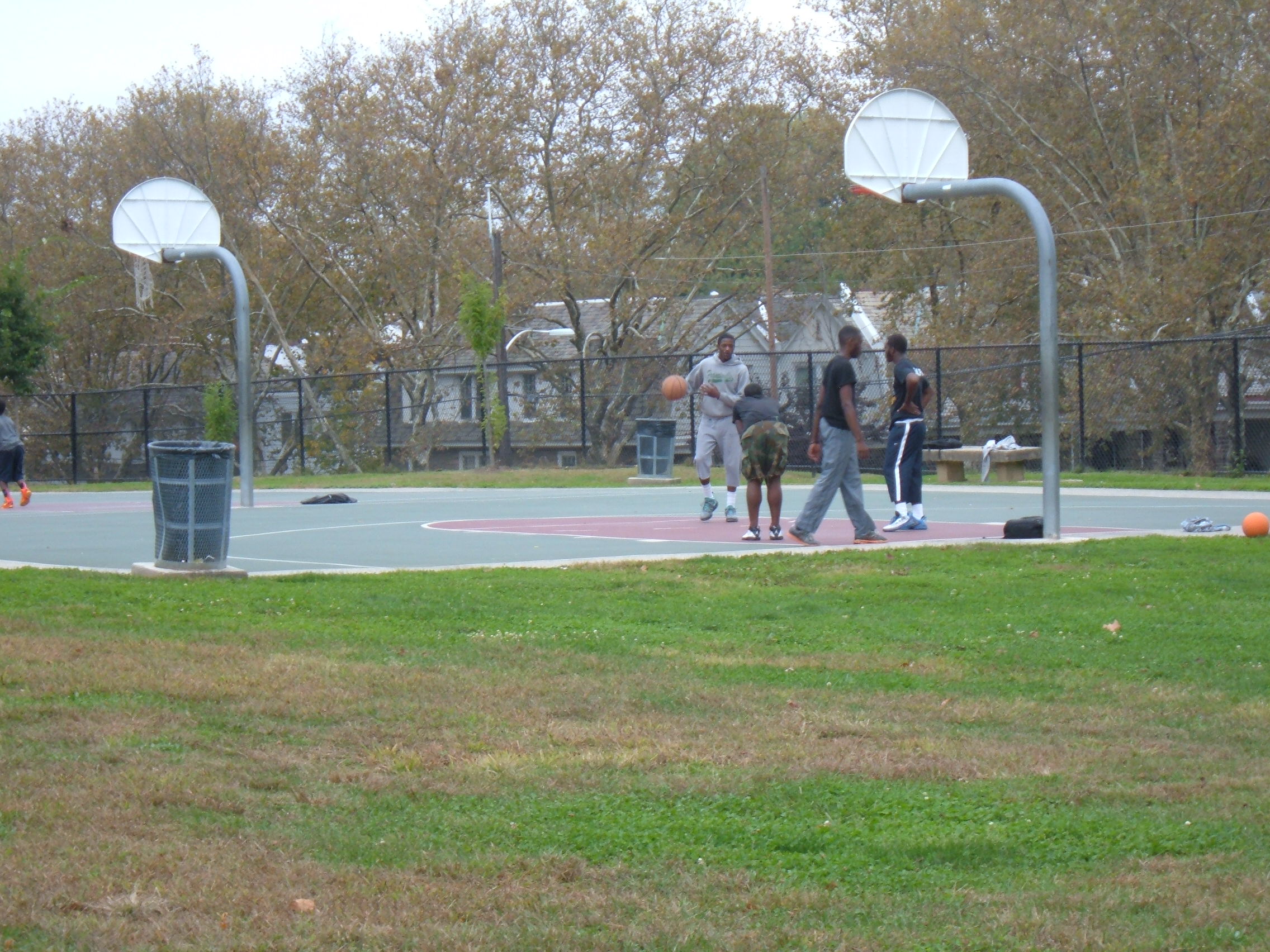 Originally part of Joseph Fox’s estate, Fisher Park extends from Olney Ave. to Cheltenham Ave. and Fern Rock to Tabor. The park was a gift to the city of Philadelphia by industrialist Joseph Wharton in December 1908.

The park, named for Wharton’s mother, Deborah Fisher Wharton, is currently bounded on the west by SEPTA regional rail tracks and the Fern Rock Transportation Center and a commercial district to the east.

“My wife and I moved into the neighborhood around 1993 and our house sits right across from the park,” said Jon Musselman, co-president and volunteer of the Fisher Park Community Alliance. “I grew up in the country, so I’m really excited to have that park.”

Since moving into the Olney community, Musselman said that he had always been involved with Fisher Park, even if it was just doing simple things, like picking up scattered trash or calling the city for trash removal. The FPCA was once known as Friends of Fisher Park, but there were some negative issues surrounding financial dealings, and the Fairmount Park Commission decided to dissolve the group.

With the help of Councilwoman Marian Tasco’s office, a new group was formed, the Fisher Park Community Alliance. Their bylaws were designed to keep better control of finances and communications among the members.

“Right now, we are pretty much unorganized and doing less then we use to do,” Musselman said.  “We don’t have monthly cleanups and things like that, but that’s because things have gotten so much better and we don’t have to really be on top of everything.”

The park offers 23 acres of recreation space and woodlands. There are trails for hiking and walking, steep hills, tennis courts, playgrounds, picnic areas, basketball courts, a mediation garden and a community garden.

According to Musselman, as nice as it is, Fisher Park sometimes still has its issues. Unfortunately, people will sometime dump their trash and other belongings throughout the park. Contractors, he added, will sometime back up their trucks and dispose of their belongings there.

“As long as neighbors are organized enough and working around the issues, we can have a positive neighborhood and not negative.” Musselman said. “If you keep it a positive place, I think everyone benefits in a lot of ways.”

Former president of the FPCA, Laurel Sweeny became involved with maintaining Fisher Park when she moved to Olney in 1991. She had used Fisher Park for summer camp for her kids when they were young.

“People, youth especially, need to decompress and relax,” Sweeny said.  “Stress levels are pretty high in the area because it has a moderate to low income demographic and the schools are troubled.”

When Friends for Fisher Park was no more, Sweeney and others, including Musselman, wanted to become more efficient with their human and financial resources. Forming the FPCA helped them to focus their efforts.

Sweeney and Musselman would like to see more involvement from neighboring youth who use Fisher Park.

“The best way to do that is through the science teachers in the elementary and middle schools,” Sweeney said. “The Alliance’s most memorable and active years were those during which we had a science club from Grover Washington Middle School come out to cleanups and plantings once a month.”

FPCA used grant funds to provide a few teaching programs through the Fairmount Park Commission and the Pennsylvania Horticultural Society, the same organization that puts on the annual Flower Show.

Councilwoman  Tasco awarded FPCA aPhiladelphia Activities Grants every year since its inception in varying amounts from $2,500 to $5,000. FPCA also received a $60,000 grant titled the “Growing the Neighborhood Grant” from the Pennsylvania Horticultural Society.  This money was used to install a water supply for the community garden.

“We need fresh membership, and to re-establish the park’s relationship with area elected officials,” Sweeney added. “This may lead the way to more financial support for new programming and more investment into the restoration and

maintenance of the natural aspects of the park.”

Olney resident Charlene Houston, 32, stated that Fisher Park does a lot for her community as far as bringing the different neighborhoods together and providing an array of different activities to participate in.

“It gives everyone a chance to interact with each other,” Houston said. “There’s a lot that Fisher Park offers. They have art in the park, which is another opportunity to mix and mingle.”

North Philadelphia and fresh produce don’t always go hand in hand. However, the Fairmount Park Conservancy and Hunting Park United are teaming up to change that. As a part of their Hunting Park Revitalization Project, the [continue reading…]

Walking through Hunting Park today, it’s hard to believe that not so long ago it was a much less desirable place to be. Underfunded, the park was largely in disarray and disuse until the Fairmount [continue reading…]